Opened in 1908 to relieve crowding at the Grove Street School, students from north of the Long Island Railroad tracks attended this school. It later became the administration building for the Freeport Public Schools.

Seaman Avenue is noted by the Freeport History Encyclopedia as named for the Seaman family. The family was descended from Captain John Seaman (ca. 1603-1695) of Hempstead, Long Island. Seaman Ave. appears on the Freeport 1 E. Belcher-Hyde Map Nassau County 1914 Long Island. The School also appears on this historic map as “Seaman School No. 3.” It is located at Seaman and North Ocean Aves.

The same source traces the name origin of Grove Street to Bedell’s Grove which was originally located at the intersection of Grove Street and Randall Avenue. Meanwhile, South Grove Street was originally called Riverside Drive. Grove St. appears on the Freeport (Part) E. Belcher-Hyde Map Nassau County 1906 Long Island. The School also appears on this historic map as “Public School”. It is located at Grove and Pine Sts. and is bordered on the east by the Presbyterian Cemetery.

There is a reference to the new school in the August 7, 1908 edition of the Nassau County Review. At the annual meeting of the School Board, a $40,000 budget was approved. President Samuel R. Smith reported that the “new Seaman Avenue School had been put in service, taking 196 pupils from the Grove St. School.” Apparently the increase in attendance over the past two prior years was 246, resulting in “more pupils in the Grove Street school than ever.” To accommodate the influx which included “48 non-resident pupils from last year”, Smith explained that without the new building it would have been necessary to hire two rooms outside the school when the fall term opened, and possibly more in the spring. The article added that $2500 had been placed in the budget to furnish the new school. 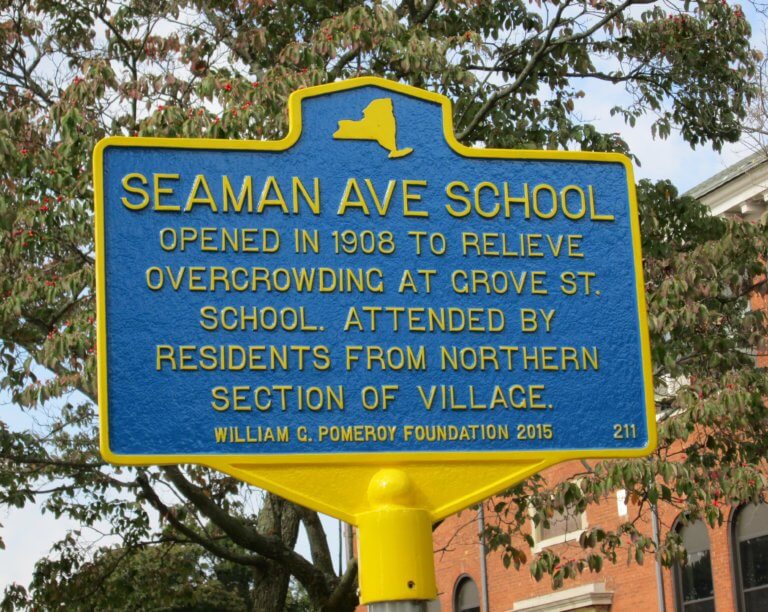 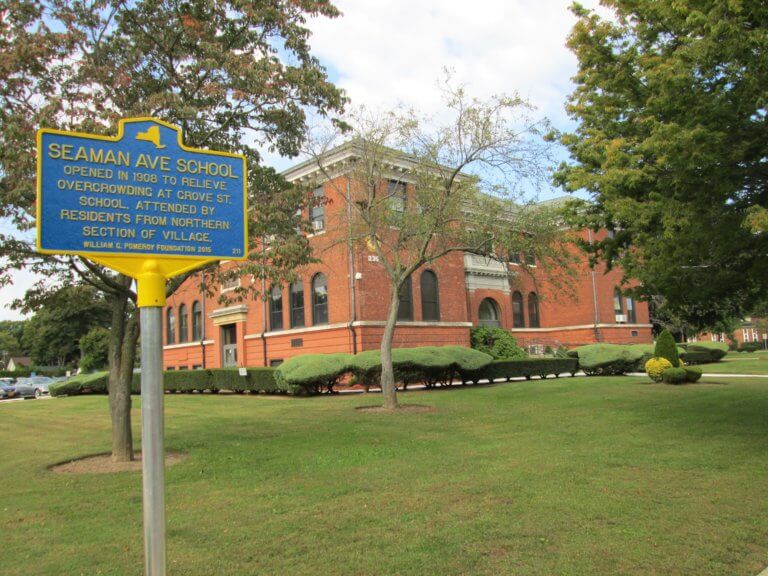