Constructed from 1884-1892, the Shinnecock Canal was the first New York State salt water canal and a site  used by Native Americans to carry canoes over land. The Canal connects Shinnecock Bay with the Great Peconic Bay, two bays lying on opposite sides of the eastern part of Long Island. The Great Peconic, the bay on the north, itself part of the Long Island Sound, and the Shinnecock, the bay on the south, an indentation of the Atlantic, had become landlocked over time.

History of the Canal System of the State of New York (1906) adds that the salt-water canal site was constructed for more than purposes of transportation alone. The project was also executed by New York State with the strategy of reclaiming what was then a waning fishing industry. Although the expenditure was considerable, the renewed fish, clam and oyster industries offered a return on investment, according to author Noble E. Whitford.

The western development of the canal may have supplanted an earlier canal opened by Metoac Indian Chief Mongotucksee. The location of the canal as identified by Early Long Island, A Colonial Study (1896) was long understood as “Canoe Place – Merosuck… the portage between the Great Peconic and the Shinnecock Bays.” Tribal tradition also attributed the narrow isthmus to be an open channel between two adjacent islands of the once “Gebrokne Landt.”

Although the official start of Long Island’s famous Hamptons begins about 10 miles west of Shinnecock Canal, since all the modern bridges which lead there also cross it, the Canal is thought to mark their beginning as a popular summer resort for New York’s wealthy. 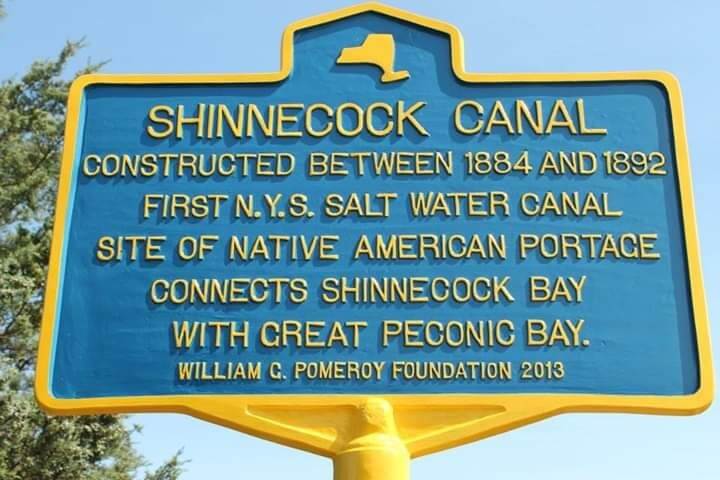 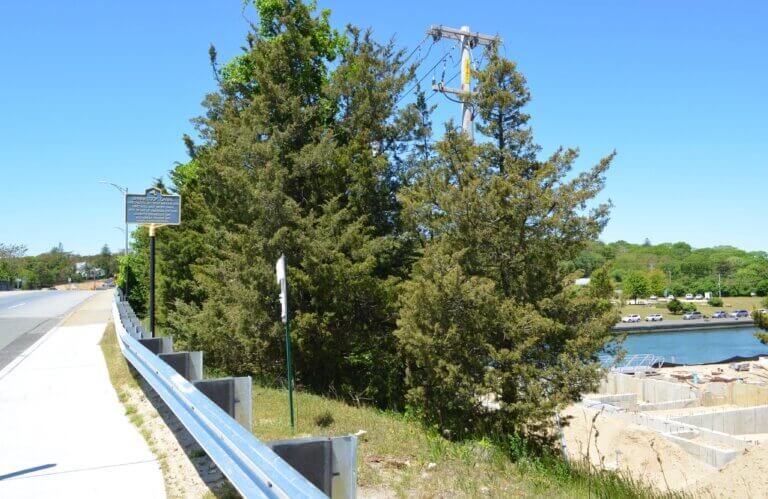