On November 27, 1900, at the corner of Union and Main Street in the Town of Cobleskill, New York, an innocent night watchman named Matthew Wilson, was killed in the line of duty by a group of six burglars in a shootout that haunted the town for many years.

In the early morning hours of November 27, 1900, Wilson was out patrolling the streets of Cobleskill, just as he always did in years past. At approximately 2:00 am he met up with Charles Warner, a local resident who operated a lunch wagon. They noticed a group of men lurking around the First National Bank. Neither Wilson nor Warner recognized any of them as local to the Cobleskill area. Wilson told Warner that he was going to get this gun and that if Warner heard gunshots, he should come quickly. Several minutes later, Warner heard those dreaded shots and went running toward the corner of Main and Union Streets. There was Wilson laying, “on the stone steps at the entrance to Martin Borst’s store”. Wilson received four bullet wounds, with one reaching his heart. Matthew Wilson was pronounced dead at the scene by the coroner. He was fifty years old and was survived by his wife and a child.

The Commercial Advertiser announced on December 5, 1900 that authorities were offering, “a reward of $500 for the arrest and conviction of the murderers.” A November 27, 1900 article in the Gloversville Daily Leader, notes that “an investigation of the premises revealed a number of burglars’ tools laying in the rear of the store,” therefore it was assumed that this group of men were had intended to rob Martin Borst’s store. The First National Bank hired the famed Pinkerton Detective Agency to investigate the attempted burglary and to apprehend the men responsible.

In the following few years, the identities of all six men were discovered and they were subsequently arrested and put on trial. It was revealed that, as Wilson suspected, their intention was to rob the First National Bank in Cobleskill. ‘Goat’ Hinch was arrested in February 1901 and convicted of murder in the first degree and sentenced to death. ‘Whitey’ Sullivan, aka James Sullivan, was arrested around March 1901. He was tried and convicted for the murder and sent to the electric chair. William Harris, alias ‘Sheeny’, Harris confessed and testified against all the other men. ‘Dublin Ned’ confessed that he was at the burglary but that he took no part in the shooting; he served ten years in prison. Charles Ballard was killed in an explosion before he could be arrested. ‘Canada Blackie’, or John Murphy, was the last to be caught and was charged with the murder of Wilson in 1903.

Matthew Wilson was a beloved citizen of the Cobleskill community. Due to his brave actions that November morning he was dubbed, “a true hero” by The Saturday Globe. 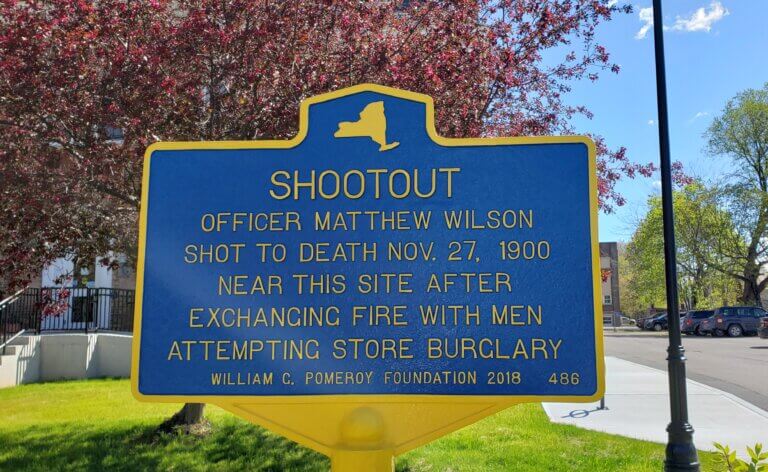 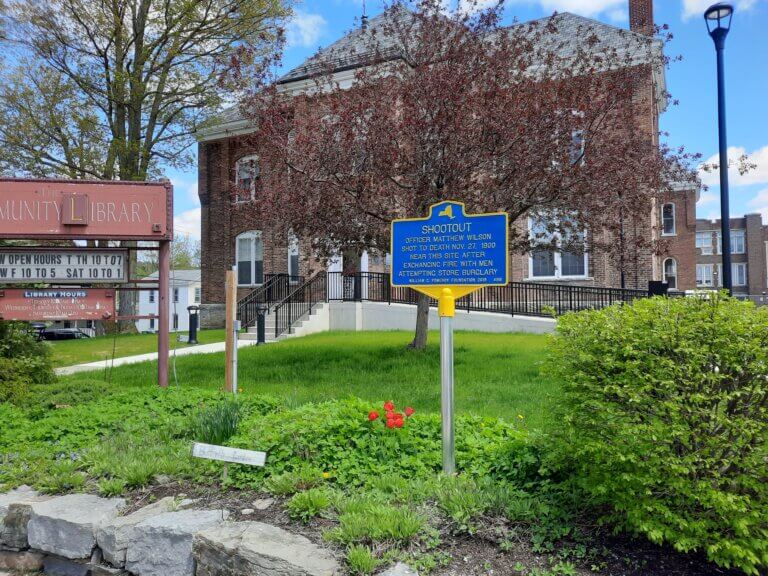