In the latter half of the 19th century, the Caudebec Inn was a popular boarding house in Deerpark, NY. Film director D.W. Griffith heard of the beauty of the area and between 1909 and 1911, he brought a crew and cast there to film movies featuring the local scenery. Some of these films include: The Mended Lute, The Modern Prodigal, and The Eagle’s Mate.

David Bowers’ Thanhouser Films: An Encyclopedia and History (1995) offers a historical view of the Caudebac Inn, Cauddebackville [sic], New York from a souvenir postcard dated September 1913. The caption notes that the Inn, owned by Charles B. Premore, was a stopping place for Biograph, Pathe, Thanhouser Vistour, and Gem film crews. A large contingent from the Thanhouser Film Corporation stayed there in October 1912 during production of The Forest Rose, a two-reel film released on November 29, 1912. Cuddebackville, NY was described by the author as “a tranquil little community which served as a location for numerous Biograph films during the summers of 1909, 1910, and 1911.” The Inn itself was “was ideally situated amid varied scenery of hills, waterways, and open countryside.” According to Director Lucius J. Henderson, Room 11, apparently, provided “the best of the facilities in the three-story wooden structure.”

A July 26, 2003 recordonline article written by John Conway, Sullivan County historian, adds that D.W. Griffith, the rising young director at Biograph Studios, New York City chose Cuddebackville starting in June 1909 to escape the city’s oppressive heat. The Caudeback Inn’s commodious eighty-guest accommodation was also attractive to the film crew. Conway, whose article drew largely from Robert M. Henderson’s book D.W. Griffith: The Years at Biograph (1970), noted that the physical and geographical nature of Cuddebackville to some extent dictated the kinds of stories Griffith could film there.  “There were several scenic features that would add unusual touches to the backgrounds: the old canal, the Neversink River passing through the hills, impressive rocky cliffs, river rapids, a large pond in a wide place beneath one of the canal dams called ‘the Basin,’ and in the near vicinity there were several stone buildings dating back to colonial days, in reasonably good states of repair. Most of the features are still visible [as of 1970].”

Most notably, it was on June 28, 1909 when Griffith began work on the first of what would become known as his “Cuddebackville films,” one-reelers that would help perfect the techniques for which Griffith was known, as well as establish the careers of several future Hollywood stars. According to Conway and Henderson, that first Cuddebackville movie was a “stirring romance of the Dakotas” shot on the banks of the Neversink River where a small Indian village had been constructed for a set. 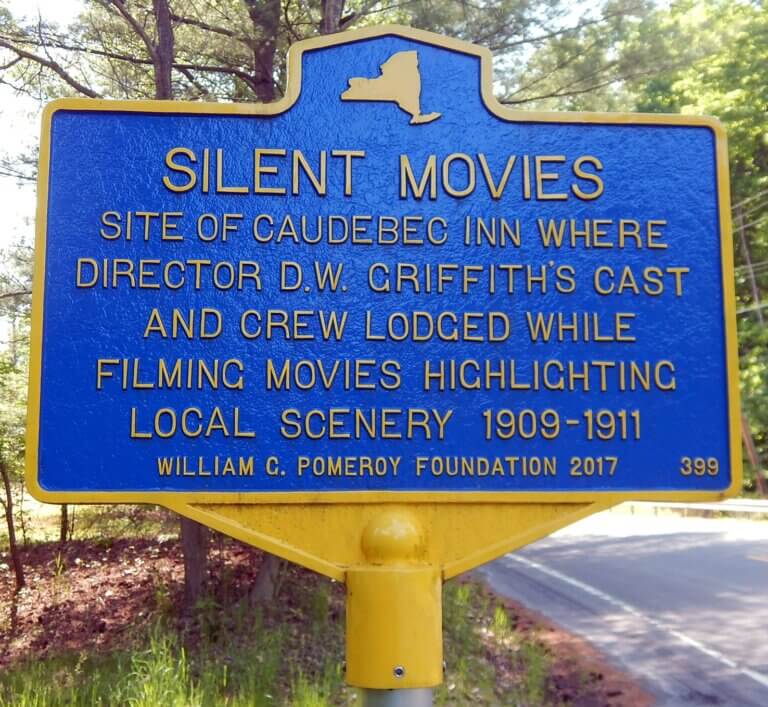 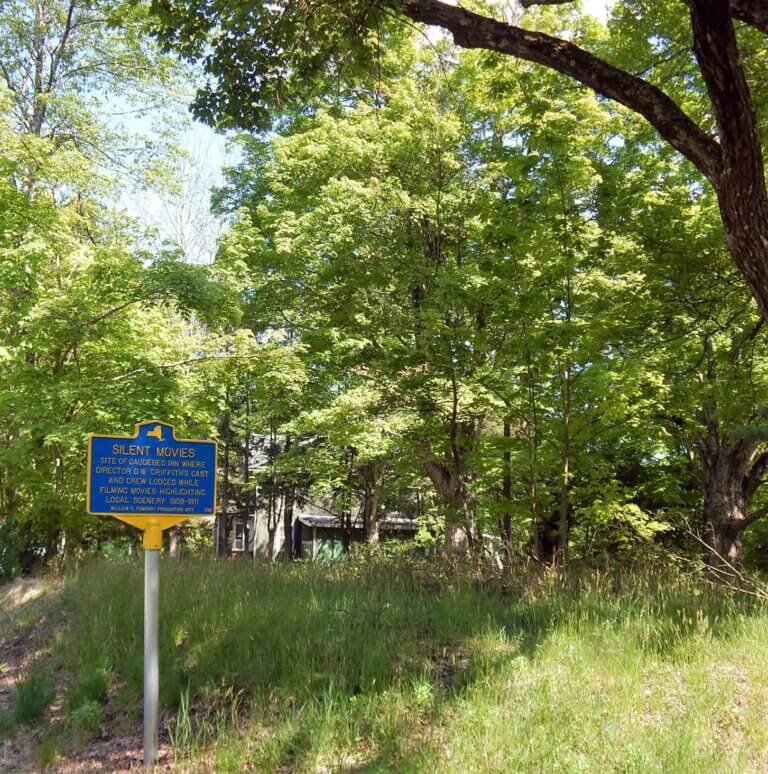