With its proximity to the Erie Canal and Railroad, the Village of Canastota enjoyed several years of prosperity and growth. While not at work, residents and visitors sought entertainment.  The Bruce Opera House stood at this site from 1888-1909. The opera house was a cultural hub that hosted numerous performances, guest speakers and even showed movies projected by an invention called the Biograph.

Completed on December 15, 1888, the Bruce Opera House was a three story brick building that encompassed a large section of Peterboro Street in the center of the Village of Canastota. The first floor was home to five stores; three in the front and two in the back. The second floor held offices in the front half while the opera house occupied the other part of the second floor and the entire third floor (Photograph of Bruce Block, Canastota Canal Town Museum). One newspaper article from the era describes the new opera house in great detail, raving about the seating capacity for around 800 patrons and emphasizing that all of the seats were built on a sloping floor, “to afford a good view of the stage from every part of the auditorium.” Along with live performances, the opera house hosted guest speakers to discuss politics and social issues of the time and additionally served as a public meeting space.

Another form of entertainment offered at the opera house were movies. In the mid-1890s, Herman Casler, helped to invent the Biograph, a first generation movie projector, right in Canastota (Canastota Bee-Journal Industrial Edition, 1907). Casler produced many early film clips such as President McKinley at Home, The Battleship Maine in Boston Harbor and The Empire State Express. Some of the first screenings of these movies took place in the Bruce Opera House.

Unfortunately, on November 23, 1909, The Syracuse Herald reports that the Bruce Opera House, along with other businesses and homes located on that block, were destroyed by fire. While the cause of the fire remains unknown, its collateral damage was identified as $150,000 to $200,00, a tidy sum for the time. The opera house was never rebuilt. During its short 20 year run, multiple newspapers of the day referred to the opera house as “the best theatre in New York state outside of the large cities.” 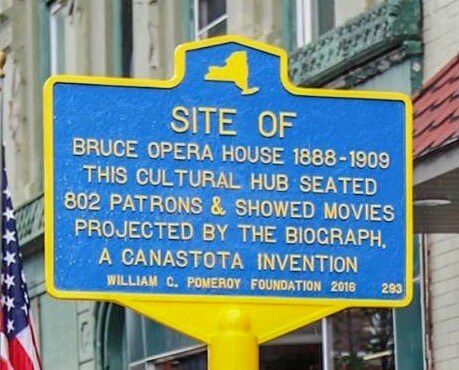 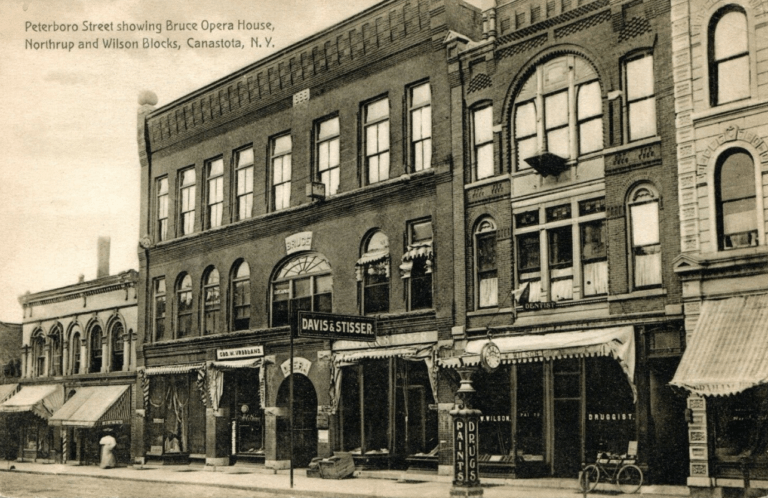 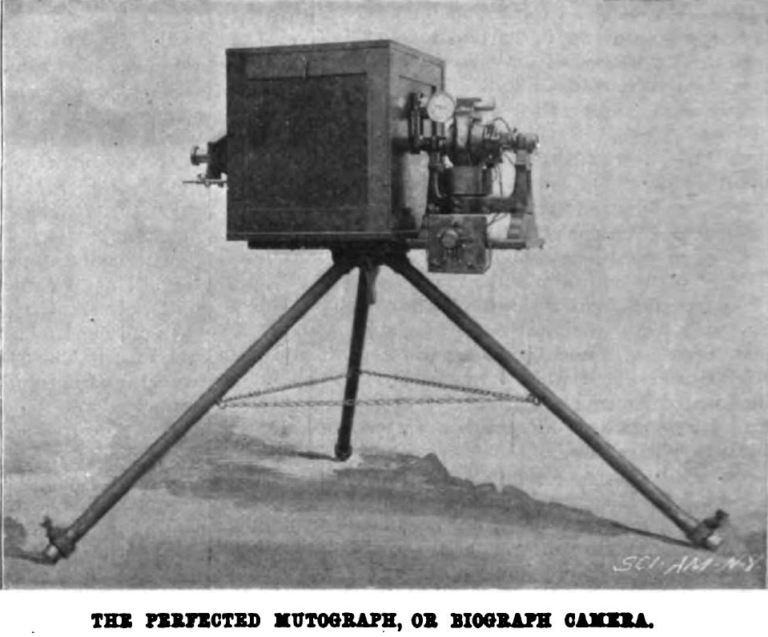