John D. Griswold, a Cazenovia resident, established his gun powder mill during the 1880s. Locating suitable land to build upon was a challenge due to the potential danger of explosions. The mill site needed to be remote so it would not pose a threat to the general public. Additionally, the mill required access to waterpower. A deed dated July 25, 1887 demonstrates that Griswold discovered a solution to his problem when he purchased 45 acres of land along Chittenango Creek. On this property he built his mill, which, according to the August 11, 1887 Cazenovia Republican, included five buildings, a 2,280 foot canal and a dam. The mill was a success. In 1888 it produced 410,000 pounds of powder in only seven months (Cazenovia Republican, 29 Nov 1888).

For the mill’s first few years, operations ran smoothly however into the 1890s, there was a change. The June 11, 1896 edition of the Cazenovia Republican announces that Griswold leased the mill to the Laflin & Rand Powder Company. A little more than a year after this announcement, on July 19, 1897, two tons of gunpowder exploded at the Belmont Powder Mill. The explosion stemmed from a mixing house on the property which then set a nearby structure on fire. A watchman was the only person at the mill at the time and he suffered a concussion. In his recollection of the incident, he described that “there was a blinding flash, a terrific report, and the mixing house shot skyward and spread out in small pieces over several acres” (Cazenovia Republican, 22 Jul 1897). The explosion was heard as far as 20 miles away. Despite the accident, by late October all damaged machinery and buildings were replaced and the mill resumed operations.

Unfortunately, only a very short time later, on November 3, 1897, a second explosion occurred. The November 4, 1897 Cazenovia Republican reports the cause of both explosions still remained unknown. Undeterred, Laflin & Rand Powder Company decided once again to rebuild and by February of 1898 repairs were complete (Cazenovia Republican, 17 Feb 1898).

A third explosion took place the night of October 7, 1898. This time four buildings were destroyed; two by the explosion and two by the resulting fire. Fortunately, no one was injured. The third explosion was reported to have been heard as far as fifty miles away (Cazenovia Republican, 13 Oct 1898).

Still leasing the property at this time, Laflin & Rand elected not to rebuild and abandoned the mill. Many nearby residents were understandably pleased with this decision. Following the death of Griswold around 1903, his wife put the property up for sale and by 1907 it was sold (Cazenovia Republican, 4 Oct 1906).

As of 2020, the only remaining structure from the old Belmont Powder Mill still intact was the Foreman’s House, which was converted into a private residence. 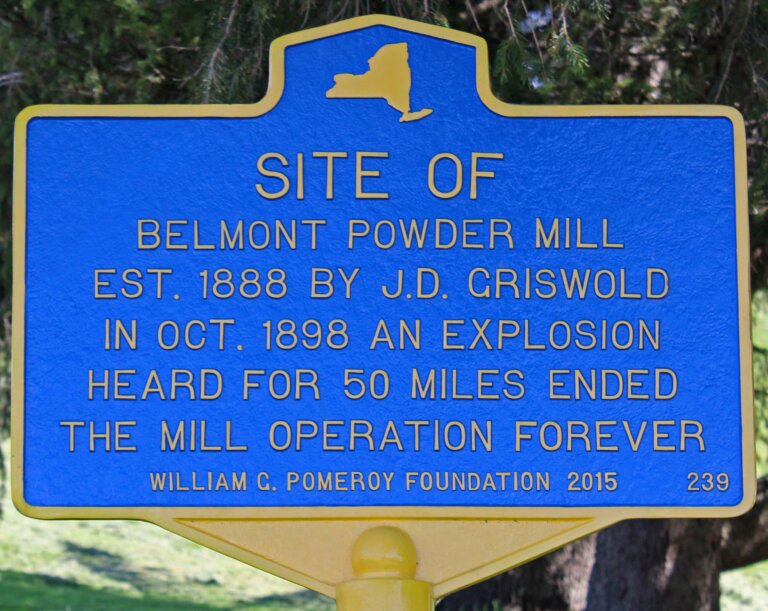 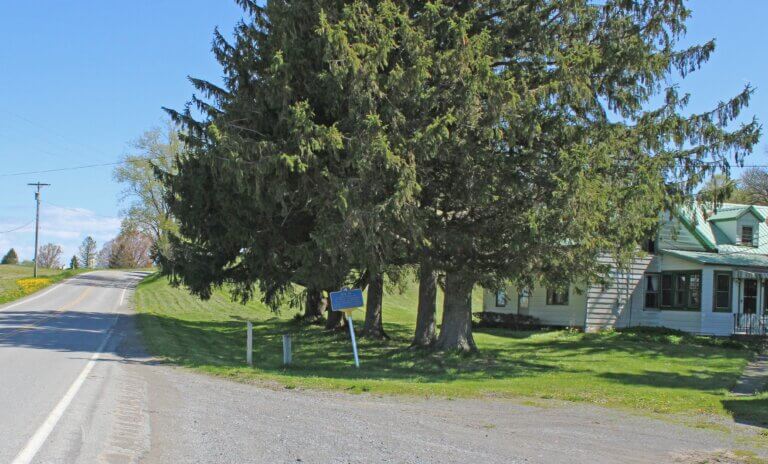