At a Special Session meeting of the Board of Supervisors in March of 1864, the County Clerk, David A. Stewart brought up the idea of moving the County Clerk’s office from Martinsburg to Lowville. In The Journal and Republican newspaper a week after the meeting on March 23, it was stated that the current clerk’s office to be moved into, “two rooms on the south side of the hall in the Court House in Lowville.” According to the Statutes at Large of New York (1864), an act was passed to change the Lewis County seat from Martinsburg to Lowville. This went forward in May of 1864 when a special act was officially passed.

The original clerk’s building in Martinsburg remained in use and served many other purposes until the Martinsburg Historical Society purchased it in 2011 for restoration purposes. (Deed, Lewis County, NY Clerk’s Office, 7 Jan 2011). 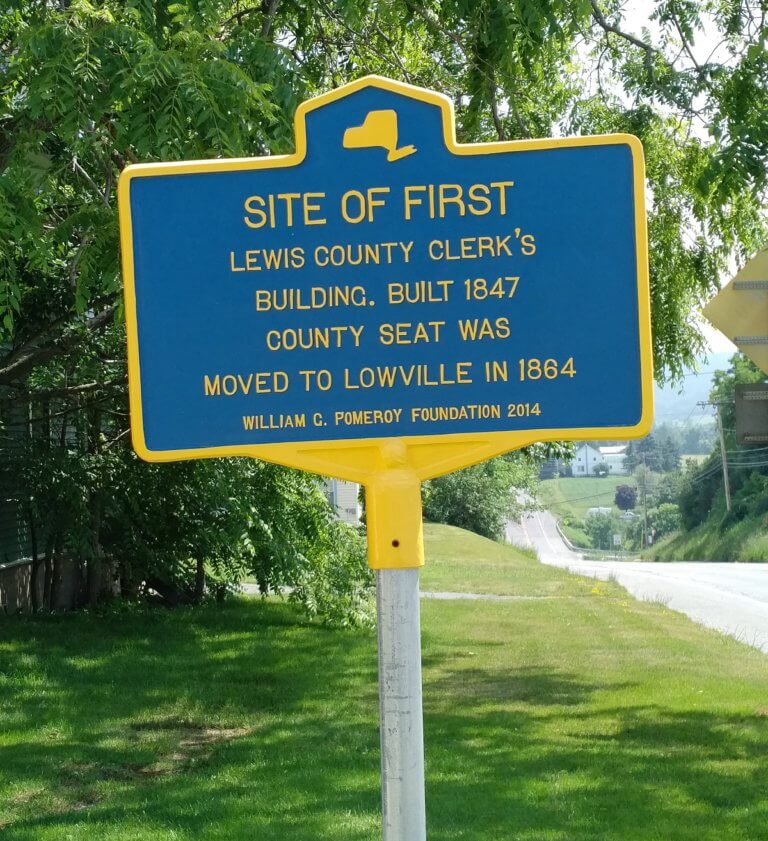 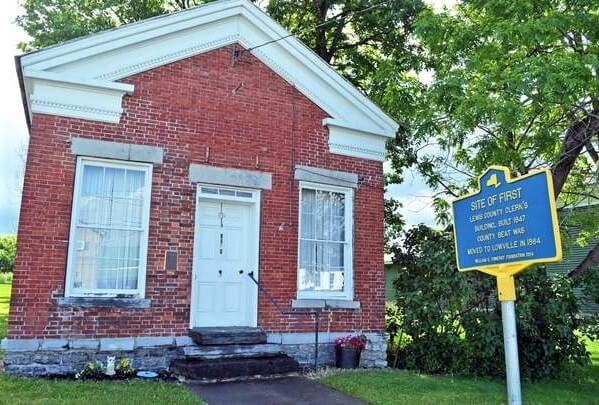