The Town of Taylor, NY was part of the Town of Solon until 1849. During that time two Baptists churches formed in Solon, one of which was known as the Second Baptist Church of Solon.

In Curtis Johnson’s 1985 book, Island of Holiness: Rural Religion in Upstate New York, 1790-1860, he cites the 1828 to 1839 Minutes of the Cortland Baptist Association. These minutes include a mention that Second Solon Baptist began holding Sunday school in 1835.

A deed dated November 1, 1843 for Cortland County, NY, shows Linus Holmes leasing the “piece of land on which the meeting house, built by said Society is situated” to the <then> current trustees of the Second Baptist Society in Solon. The trustees were named as Smith Bennett, Allen Cass and Amasa Holmes. This piece of land was known as Lot 87. On an 1855 map of the Town of Taylor, the Baptist Church was marked on this lot.

After the church was disbanded, the fate of the meeting house became unknown. An 1876 map of Taylor omits any presence of a church on the property. 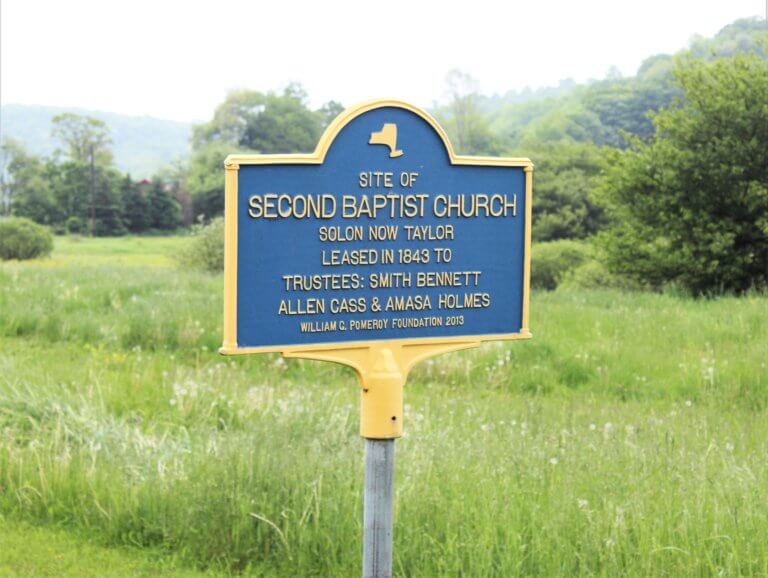 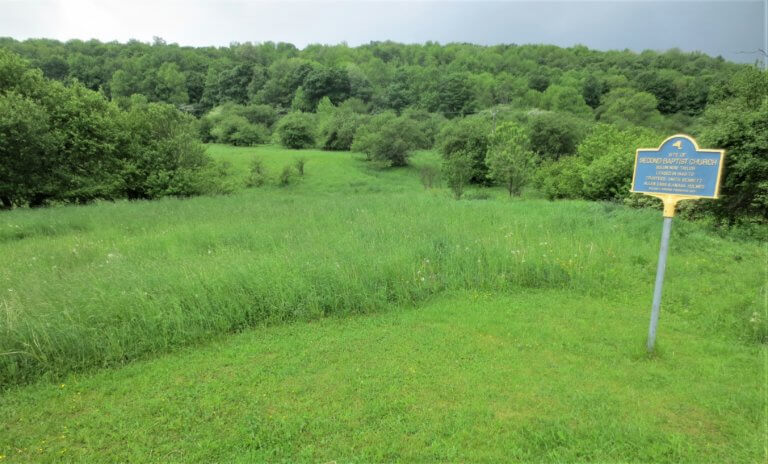