Smith moved to New York State in the early 1790s. Per a deed dated October 22, 1793, Smith purchased Lot 77, with approximately 150 acres of land. On April 2, 1806 New York State chartered the Hamilton and Skaneateles Turnpike (Laws of the State of New York 35th Session of the Legislature, 1812). This turnpike followed the northern boundary of Smith’s property. Looking to capitalize on his advantageous location, Smith built his tavern right next to the turnpike. The tavern was a Federal style two-story building and, according to James Smith’s 1880 book, History of Chenango and Madison County, NY, it was believed to be the first tavern in New Woodstock. Not only did Smith’s tavern provide food and shelter for those traveling along the turnpike, it was also used as a community meeting house. Smith conducted business for nearly 30 years before he passed away in 1834 and the tavern changed ownership.

As of 2020, the former tavern was a private residence and still resembled the early tavern. 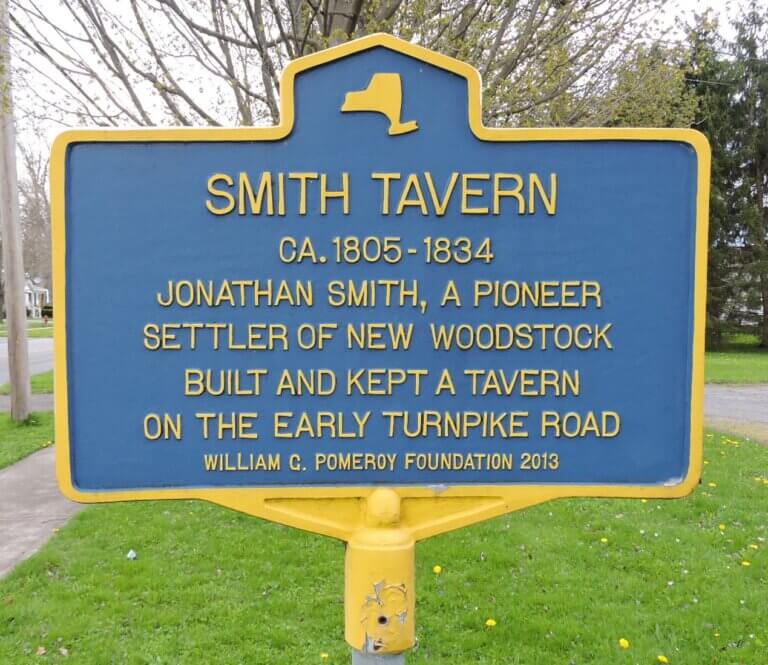 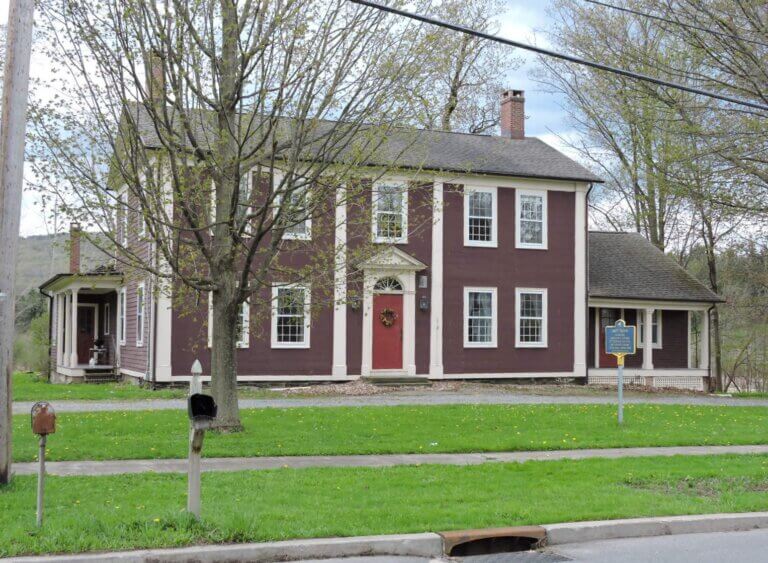