In 1940, the Soper Cemetery was described, in what is known as the McLellan project, as a “rough, neglected, hill-side cemetery” that would have been hard to see from the road. The cemetery can, however, be located on a Beer’s Atlas from 1869, and it shows that it was directly north of “School No. 10.” The area was also said to have been fenced in at some point, but by the time the project was conducted in 1940, the land was considered to be part of a pasture. The headstones were said to have been mostly fallen over and either broke, buried, or scattered.

The project stated that there were eight headstones found along with nine graves, and there were multiple other fragments discovered that had no markings on them. Of the headstones that had engravings, three of them had the last name Ayer, one had the name Hall, one had the name Robinson, and three had the name Soper. A marker with the inscription for Jacob Soper had been badly damaged, and a result, multiple fragments were missing that would have detailed when he had died and how old he was. The other seven were fully intact, and one headstone in particular had a section of prose that read:

“When this you see remember me

And bear me in your mind

Leet the wourld say what they will

Speak of me as you mind.”

Some of the names inscribed on the headstones are listed in the History of Clinton and Franklin Counties, New York (1880) as being some of the “pioneers” of Schuyler Falls. One of the first streets in the town was Soper Street, and three of the men that lived there can be seen on the headstones: Fredus Ayer, Jacob Soper, and Joseph Soper. These same men were also listed as having been some of the first members of the Second Methodist Episcopal Church, which was built in 1835 in what was at the time West Plattsburgh. The town would then go on to become Schuyler Falls.

As of 2019, the marker stood in front of the cemetery access point. 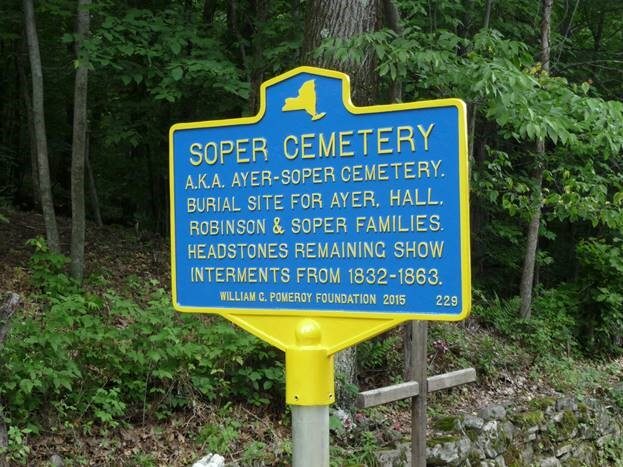 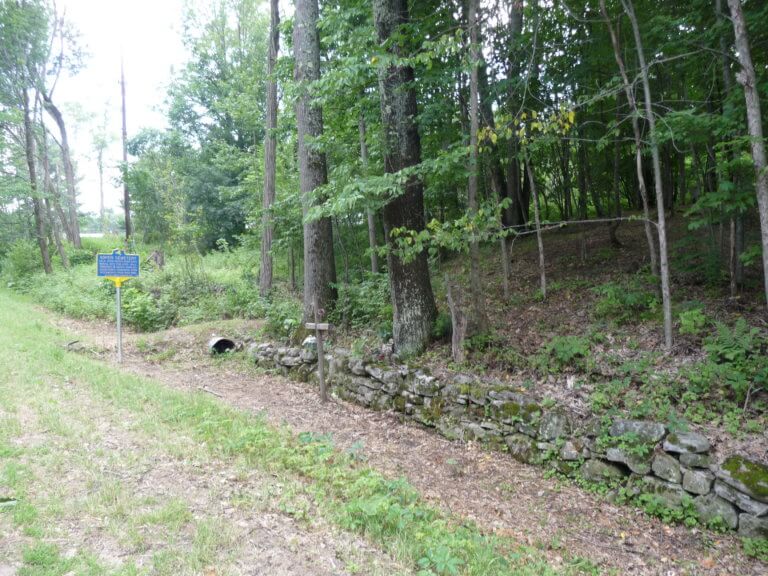