In Homes of the South Side Railroad of Long Island (1873) a publication of the South Side Railroad Company, Breslau appears listed on the chart of Passenger and Commutation Rates as the stop after Amityville, with a local rate of $.95. The streets and avenues of Breslau are described as “well laid out, wide and well graded, one of them, Hoffman Avenue, through which the railroad passes, being especially noticeable in this regard.” An ad on an adjoining page promotes Breslau’s “astonishing progress in real estate improvement”, as the “best point on Long Island” for making investments, with prices ranging from $50 to $500. Further, “churches, schools, factories, and stores [were] already established.”

As a well as a “good old-fashioned locality” for New York City businessmen to pursue leisure at rural residences, Breslau is profiled as “progressive in all that renders civilization desirable… the people of these parts are yet conservative in their views of hospitality and good cheer… the stranger finds a welcome seldom met with in these days of the almighty dollar.”

Since there is also a reference to Thomas Wellwood, Esq. having developed the first plan for the town in 1869, and a year later building the first house in the community, we can assume the earlier inspiration for the naming of the station. 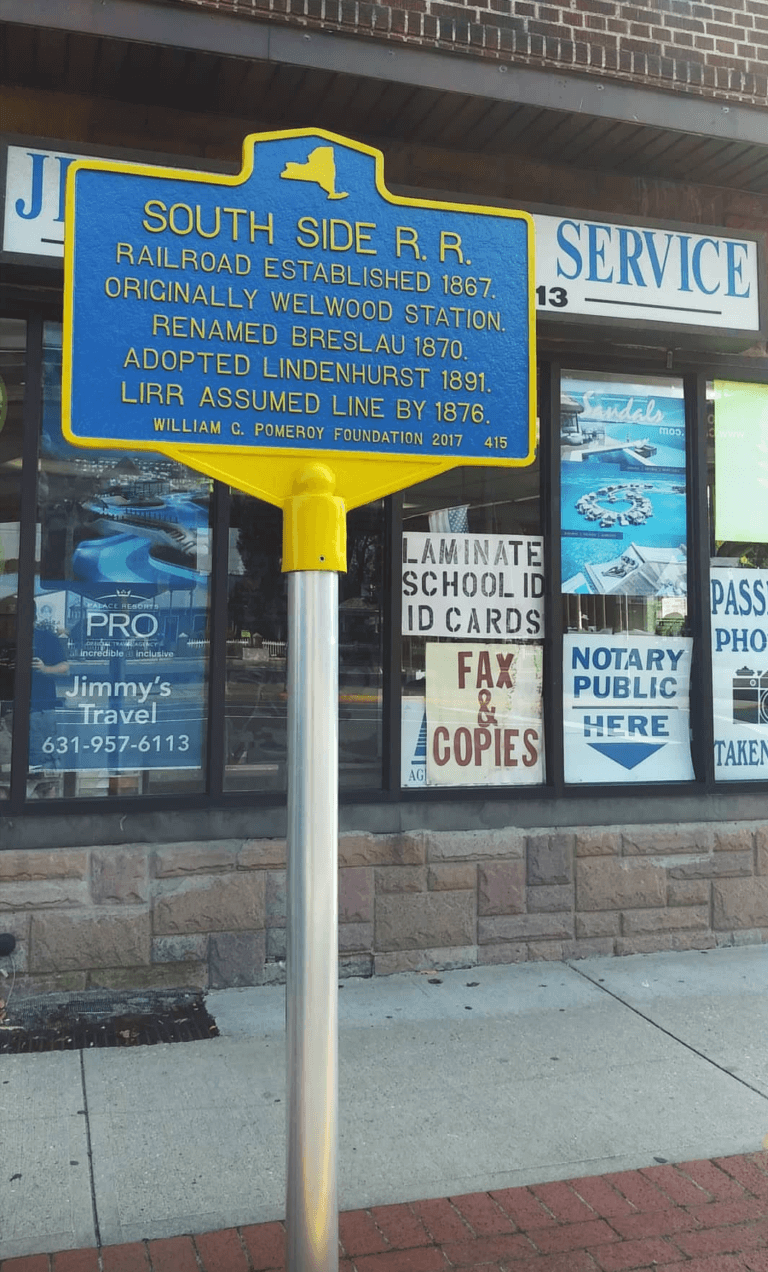