A Brooklyn Eagle article from November 8, 1867 announced the opening of the line from Jamaica to Sayville, a distance of forty-one miles. The article described the enterprise as bringing a “productive section of Long Island within easy access of Brooklyn and New York, adding millions to the value of property on the Island.” While the article celebrated the line’s present connection at Jamaica with Long Island, Brooklyn, and Jamaica roads, it also hinted at the further expansion of the line to Brooklyn itself. The future of the enterprise is further projected as such: “Within ten years, villas and villages will dot the entire line, and here, as in older countries, the traveler will not be reminded of his approach to the city by a long line of dilapidated shanties, but by miles of tasteful and comfortable homes.”

The Main line was extended from Babylon to Islip in July 1868 and to Patchogue in 1869. Without a western terminus with access to the East River, the Long Island Railroad History Website points out that the prospects for the new line were grim. Additionally, the website notes, South Side Railroad negotiated with the other existing railroads for a possible lease agreement. In a June 6, 1868 ad announcing spring arrangements, the SSRR appeared in partnership with companies such as Brooklyn Central, Jamaica, and prevailingly, Long Island, as well as horsecars of East New York and Jamaica Railroad to get their patrons to Jamaica.

Two branches were subsequently developed, the Rockaway Branch in 1869, which branched off from its main line at Valley Stream and proceeded southwest to its terminus at Beach 30th St., and the Hempstead Branch in 1870, which proceeded north from Valley Stream to Hempstead along Cornwall Ave. and West Hempstead to its terminus on the west side of Greenwich St. In 1874, the South Side RR was bought out by Conrad Poppenhusen of The Flushing and North Side RR, which was finally acquired by the Long Island Railroad in 1876.  The Long Island Railroad continues to operate in today as one of the commuter rail systems owned by New York Metropolitan Transit Authority (MTA). 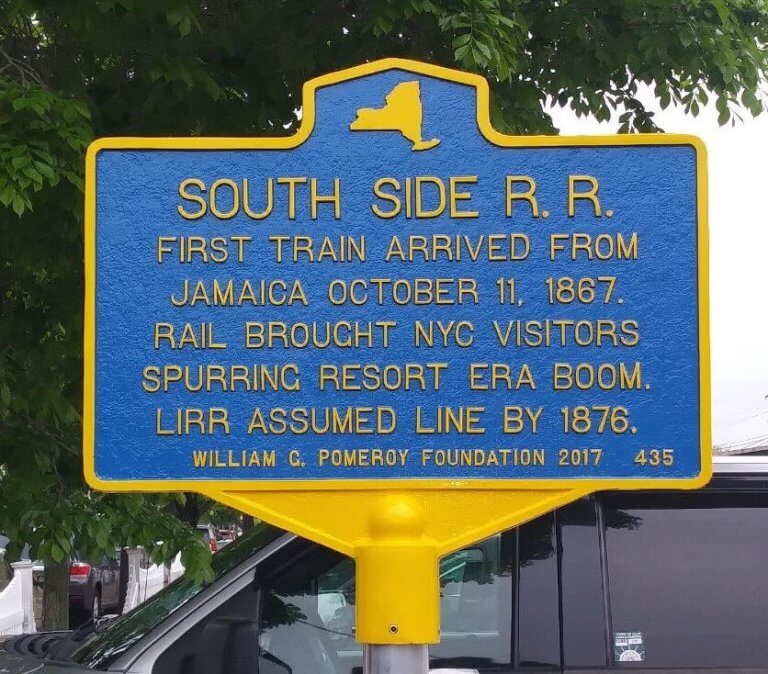