In Homes of the South Side Railroad of Long Island (1873) a publication of the South Side Railroad Company, Amityville appears listed on the chart of Passenger and Commutation Rates as the stop before Wellwood (Lindenhurst) with a local rate of $.85. Amityville is described as “situated some distance south of the track, quite closely built up, contain[ing] a number of fine buildings, including a recently erected public school which would be a credit to any community.” The portion of the village which was adjacent to the station, North Amityville, added 12 new buildings to support the enterprise, and was “well laid out, and offer[ed] many attractive building sites.” Amenities that attracted visitors and families included two Methodist churches, a private school, post office and telegraph station, as well as a number of stores.

It is also noted that less than a decade before there had been no existing railroad by which New Yorkers could find direct access to most of the homes and villages profiled in the book. Indeed, prior to 1876, the communities of Rockville Centre, Freeport, Amityville, Babylon, Islip and Patchogue could only be reached by stagecoach. As author George L. Catlin put it, “the South Side Railroad whistle has awakened them all to an unwonted life and vigor, and why may we not hope that ere another decade has elapsed, the same cheery whistle may re-echo from end to end of the good old Island of Nassau along a pathway traversed daily by thousands of New York business men?” 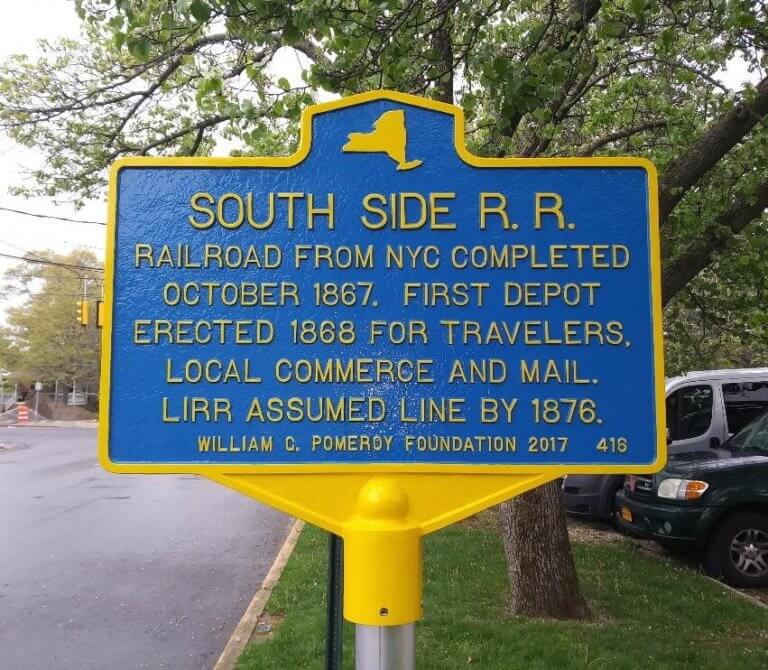