The Gerry family lived in Bovina since its establishment. Seeing a need for a local church, Angelica Gerry had the chapel, rectory and parish house built, then donated them to the congregation.

Saint James Church is located on the south side of the Little Delaware River and east of what has been known colloquially as “The Hook.” The Saint James website states that there are two traditions as to how the area became “The Hook,” with one stating that the name could have come from the drink coachmen used to have at the tavern while they waited for their horses to be exchanged. More local tradition is also cited for how the location of the church came to be, with the website saying it seemed to come from an offhand suggestion made by Elbridge Thomas Gerry to his children. As the story goes, the Gerry family was running late for Sunday School in Delhi, and upon approaching the end of the drive, Elbridge pointed to an empty plot of land and stated he wished there was a church there because then maybe they would finally be on time.

Though it would be some time before the church was built, the website states that one of Elbridge’s daughters, Mabel, began missionary work in “The Hook” area and held meetings in the homes of local residents. Beginning her work in the summer of 1913, Mabel would go around “giving instructions and laying plans for the establishment of a mission congregation.” By the spring of 1914, the congregation Mabel had helped to establish acquired a small house from “The Hook” and re-purposed it as a chapel. This required them to remove partitions, install a stove for heat, and build an altar made of yellow pine. This chapel was to serve the congregants until the completion of a larger complex of buildings that became Saint James Church.

It was Mabel’s sister, Angelica, who funded the building of the Church, bringing in the accomplished Cram & Ferguson architecture firm to design the buildings. Known for their design of churches, the firm was also responsible for projects such as the rebuilding of the United States Military Academy and several other college campuses, such as Princeton University. The final design was said to have been inspired by the 12th century Saint Mary’s Church in Iffley, Oxford, England and possesses both late Romanesque and early Gothic themes.

Beginning of construction was commemorated with a ceremony, where the cornerstone for the foundation was laid. Recorded in the Delaware Republican on July 29, 1922, the day was said to begin with Holy Eucharist in the chapel before a procession was made to the foundation of the new church. There were said to be at least 14 clergymen in attendance from almost every parish in Otsego and Delaware and “interested citizens” from the surrounding communities. The article continued on to say that the new buildings were to “be a joy to the community and a ‘Mecca’ for the entire countryside,” as well as “a permanent testimonial to the generous spirit of the donor.”

Angelica’s “generous spirit” continued on after the completion of the church and its accompanying buildings. The Saint James website stated that she continued on with the missionary work being done in the area, and as part of the parish, helped to send both young men and women to college, helped pay for medical expenses for local families, and employed a nurse that went on to serve the surrounding community. 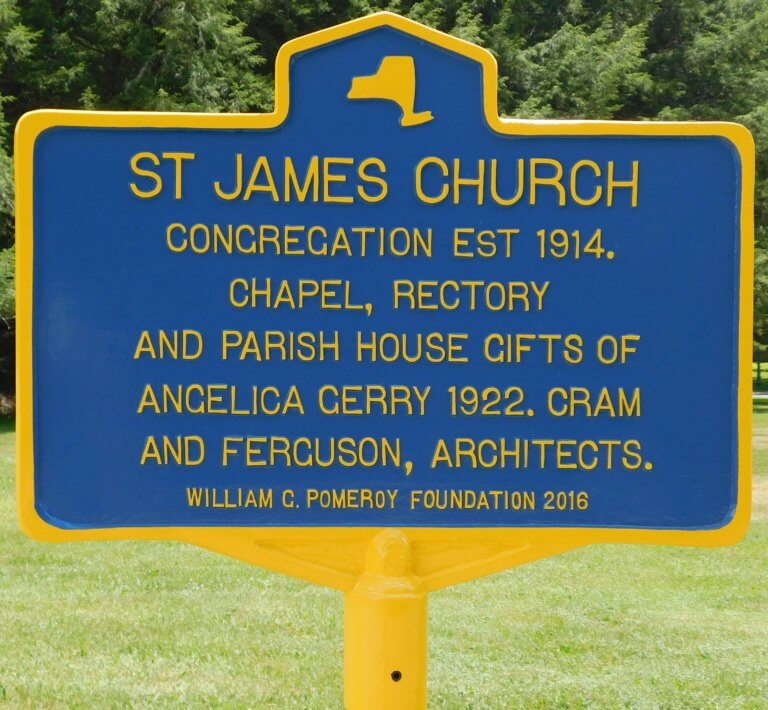 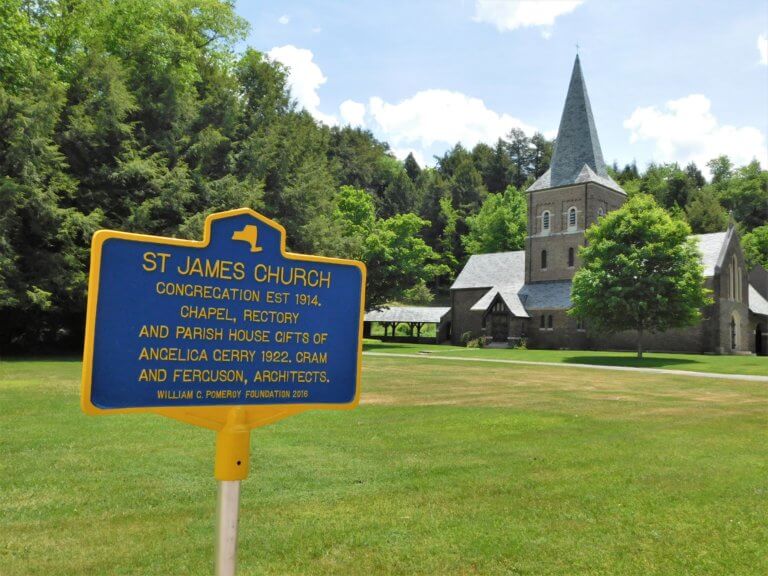