St. Patrick’s Church, at Maple Ridge, was organized by its first paster, Rev. Cornelius Fitzpatrick, in 1859, the year the church was said to be built. The following year (1860) the Catholic Church’s Bishop John McCloskey purchased the property. John Corrigan and John F. Smithling were among the incorporators of the church in 1873, and served as the first lay members. Smithling and his wife’s parents were born in Ireland. The parents of James Heffernan’s (shortened to Heffany), said to have owned the home where the first church meetings were held, were born in France, and his wife’s parents were born in Ireland. John Corrigan was born in Ireland. Additional census records and obituaries show many Irish families worshiped and were buried here, including many Civil War Veterans. 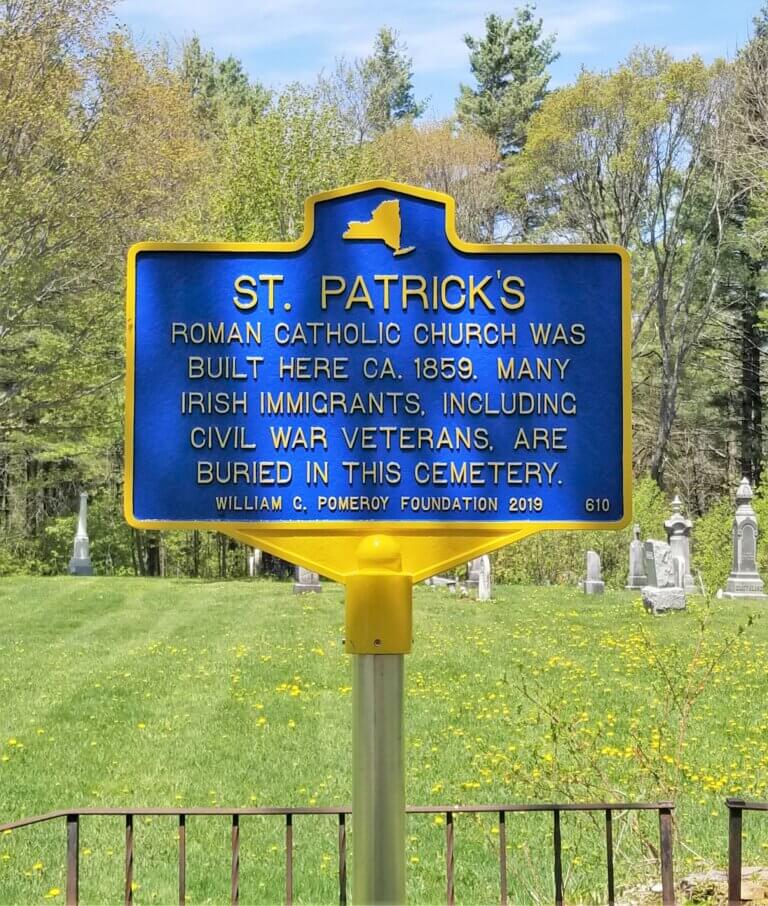 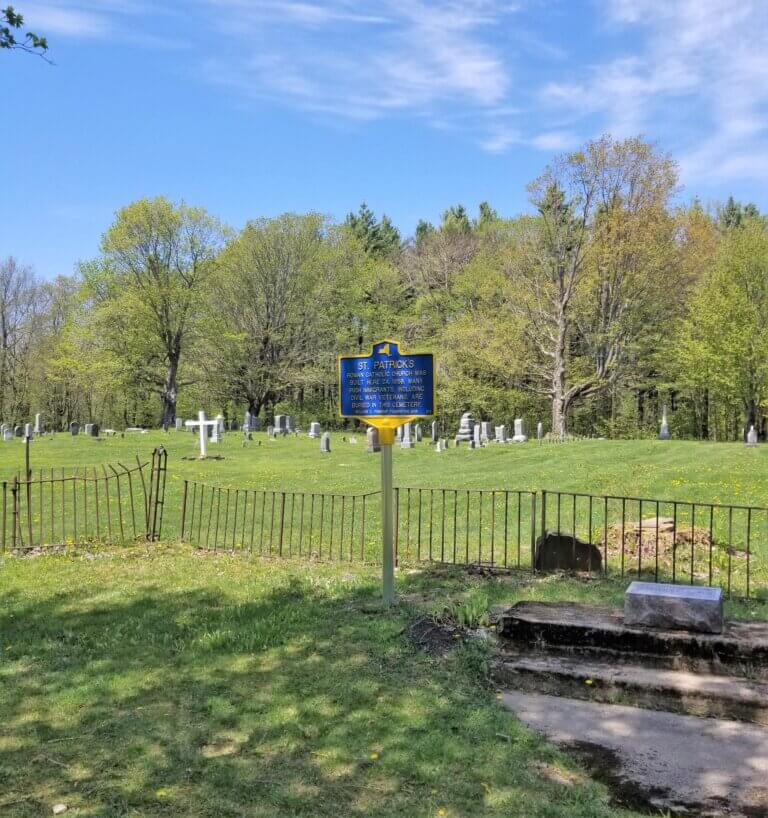