The Steadman house, also known as the Tefft-Steadman House, is an example of a Greek Revival style. It is also significant because it was made of brick, which was uncommon for rural New York. Some suggest that the brick was imported from England and used as a ballast on the ship, sailed up the St. Lawrence River and then down the Black River as far as possible before being hauled overland to Marcellus. Others say the brick could have been made in Marcellus. The front door has a full stone surround with flanking stone pilasters and a projecting stone cornice. Many of the six-over-six double hung windows have original sash and narrow stone sills and flat stone lintels. The home features 6 fireplaces (3 with marble liners and one on the lower level with the original crane), a carved circular staircase with cherry baluster, railing and elaborate Greek Revival style moldings which are featured on the exterior and then replicated around the door frames, windows and fireplaces. The house was listed on the National Register of Historic Places in 2007. 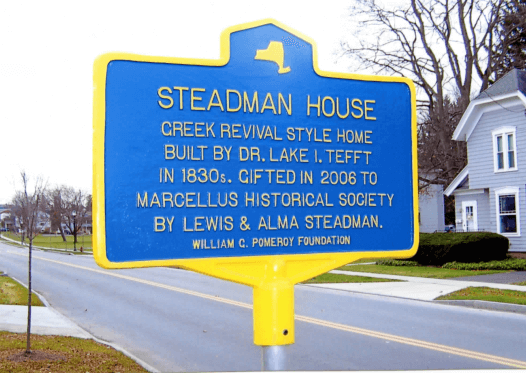 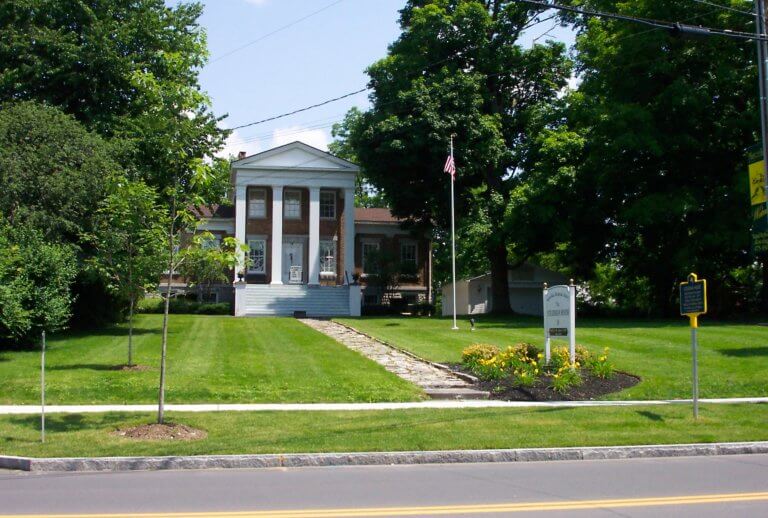