The Richardsonian Romanesque-styled Stone Opera House was completed in 1892 by Charles M Stone. At an eye-watering cost of $135,000, it opened its doors on October 11, 1892. Originally, the 25,000 square foot facility was called the “Columbia Theatre,” a name  dropped within a year in favor of “Stone Opera House.” Designed by architects Sanford Lacy and E.H. Bartoo, it was promoted as the most lavish theatrical facility between New York City and Buffalo. Many famous entertainers, including Sarah Bernhardt, Ethel and John Barrymore, Eddie Foy and George M. Cohan performed there. During his Presidential campaign of 1900, Theodore Roosevelt spoke here. Later, the opera house played host to minstrel companies, vaudeville and burlesque shows. In 1930 it was remodeled and converted to a movie theater, reopening as The Riviera. After closing in 1978, the vacant theater unfortunately experienced neglect along with significant deterioration. 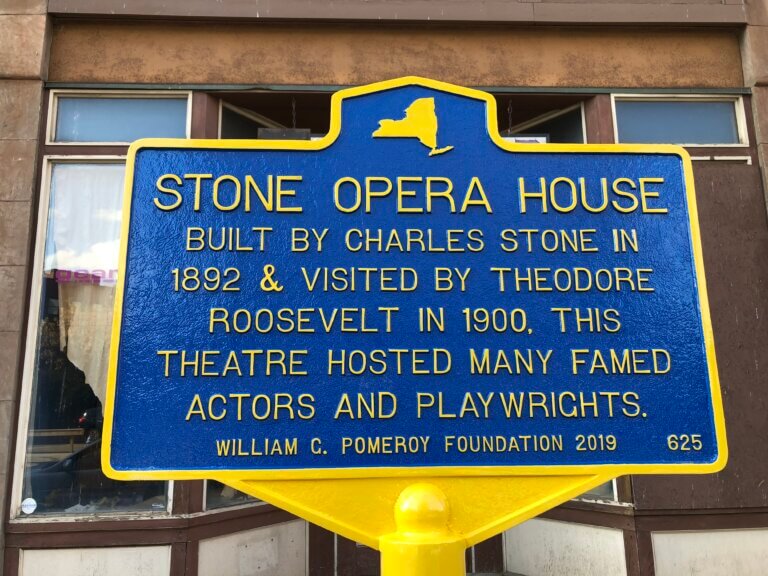 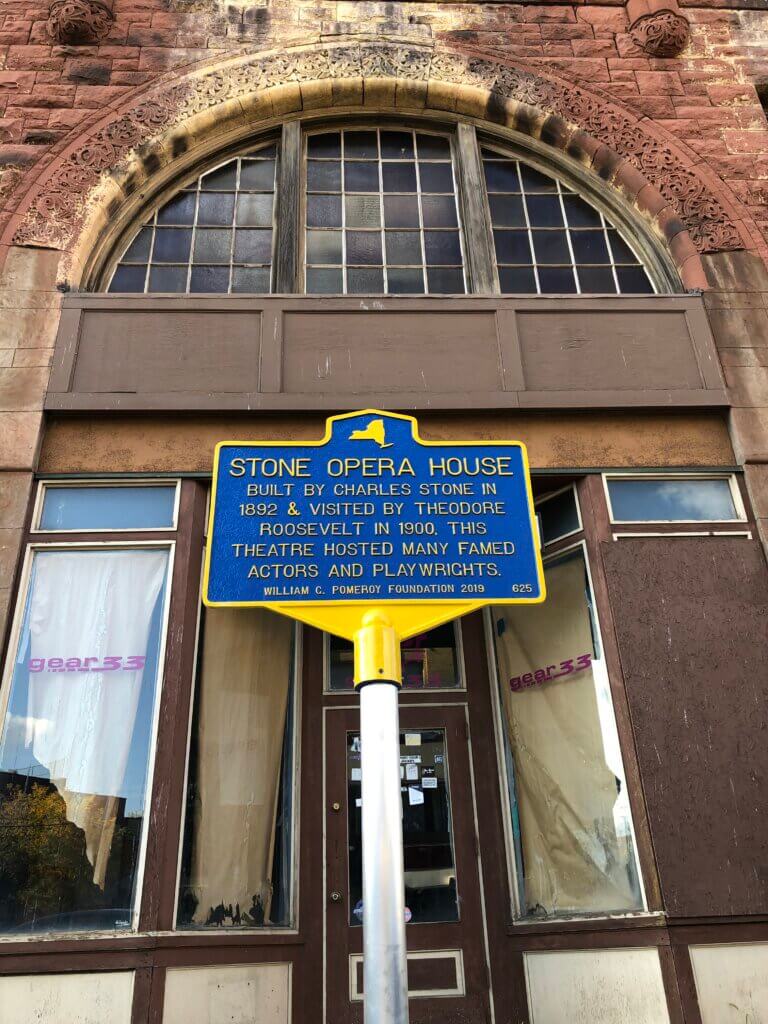 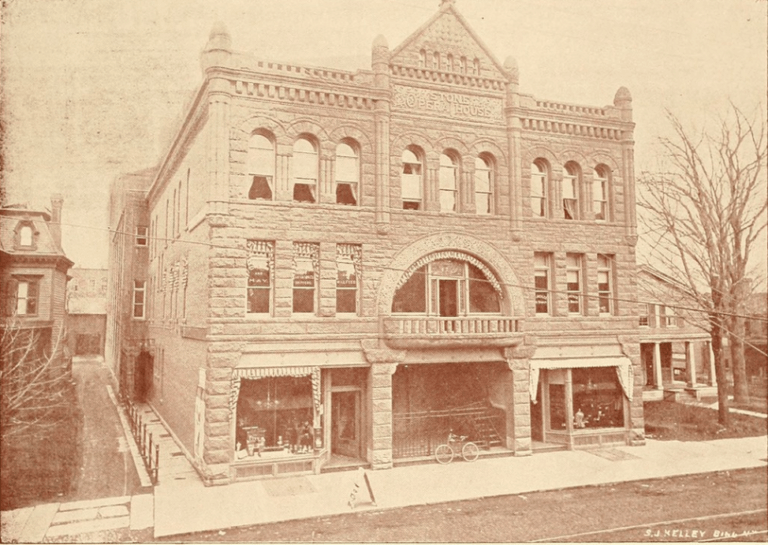