Constructed in the early 1840s, this stone building served as a school to local children throughout the 1800s.

The stone school was built in the northern part of the Village of Union Springs, within the Town of Springport, and served as the school house for District No. 4 in Springport (Plan of Union Springs Map, 1848). In 1860, residents decided to consolidate the two separate Springport districts into one centralized district with a school located in the center of the village. By 1875, the former stone school was no longer used for educational purposes and instead converted into a private residence (Map of Springport, NY,  1875).

In 1936, the Village of Union Springs built a separate elementary and high school to service the community. The high school and middle school were constructed right behind the old stone school. Once the new school opened, the district decided to utilize the old schoolhouse as a classroom space (The Post Standard, 3 Oct 2008). After 1980, the schoolhouse was used for storage until it was deemed a safety and fire hazard.  In 2008, the district refurbished the schoolhouse for use as a media center and possible meeting room for school functions (The Post Standard). 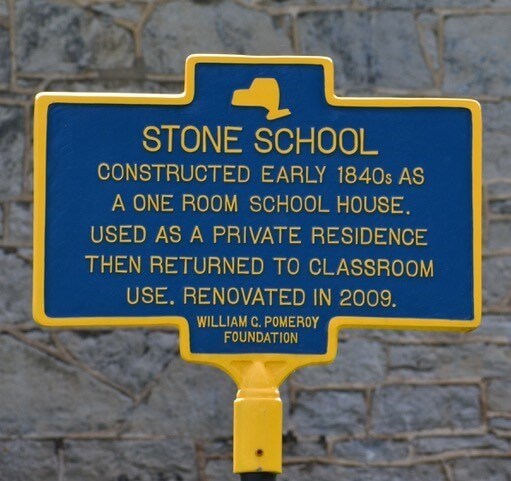 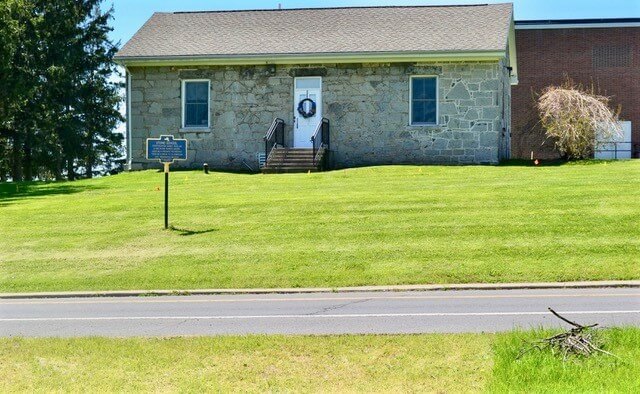