While not a constitutional amendment until 1920, women’s suffrage was granted on an individual basis to states across the country through ratification to their own state constitutions. Many of these early states to grant enfranchisement to women were out West, where more people began to settle following the mining booms and newly opened land for farming. Among these western states that saw population growth was Nevada, whose mining booms helped to form towns across its sparsely populated desert. Marjorie Moore Brown was just one of many who made the move to a boomtown. After making her home in Tonopah, she worked to help propel Nevada towards women’s suffrage before turning her efforts to the national cause.

A boomtown in the truest sense, Marjorie Moore Brown describes how the Tonopah mining camp came to be in her book, Lady in Boomtown: Miners and Manners on the Nevada Frontier. The first person to discover the value within the ground was Jim Butler, who had been traveling alone through the desert and was unable to make his next stop before nightfall. Forced to make camp where he was, Butler woke the next morning to find his burro had wandered up a nearby mountain. Butler had picked up a rock to throw in frustration when he realized it felt unusually heavy, and after getting is assayed, realized the large amount of silver in the area. From that point, “the boom was on,” and men and women from across the country flocked to the newly erected camp in hopes of making their fortune.

It was not just miners who showed up at Tonopah, and Brown described how the emerging town was also in need of engineers, geologists, tradesmen, and lawyers to help function. Marjorie’s own husband, Hugh H. Brown, was a lawyer whose practice was eager to open an office in Tonopah and sent him out to the growing town. Newly married and only nineteen, Marjorie joined Hugh out in Tonopah, and after adjusting to life in the desert, became closely involved with the growing women’s suffrage movement. The National Park Service states that a constitutional change in Nevada had been proposed as early as 1869, but it was ultimately unsuccessful and drove women of the state to form the Nevada Equal Franchise Society, of which Marjorie was a member.

The Nevada Equal Franchise Society was made up of smaller equal franchise societies based in each county, and in 1913, Marjorie’s Nye County joined with three of the other groups to remove the recently elected president of the statewide society, Anne Martin. An article from the Tonopah Daily Bonanza on March 15, 1913 reported that women from Nye County were calling for a reelection to be held due to disagreement with the way Martin used “the steam roller method” to control the meetings. This disagreement within the state society threatened to split the group into two separate entities and would hamper progress the women were making towards gaining enfranchisement. Marjorie—in her report of the meeting that led to the election of Martin and dissatisfaction of many others—stated that despite what others from her county were saying, she was “Miss Martin’s advocate.” While she admitted that Martin had made some “technical mistakes,” Marjorie was firm in her support and stated that Martin was “a reformer who [was] full of the justice of her cause.” Through her unwavering support of Martin, Marjorie helped to stabilize and unite the state franchise society, and in 1914, the Women in Nevada History website states that female suffrage was finally granted.

As of 2020, the marker stands in front of the Mizpah Hotel, where the local Tonopah Equal Franchise Society used to meet. Marjorie stated in her book that the name Mizpah came from Belle Butler, the wife of the man who created the mine, Jim Butler. In appreciation for Jim’s good luck in surviving the desert and finding the silver, Belle wanted the original claim to be called “Mizpah.” Belle had been religious and wished to take the Old Testament word that had come to be a prayer to God that he would take care of a couple while apart and apply it to the good fortune she and Jim had received. 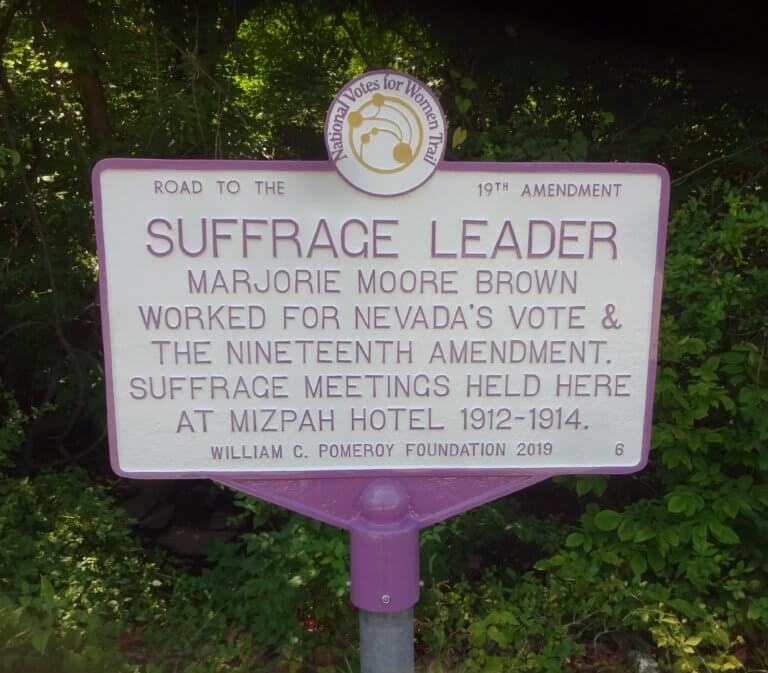 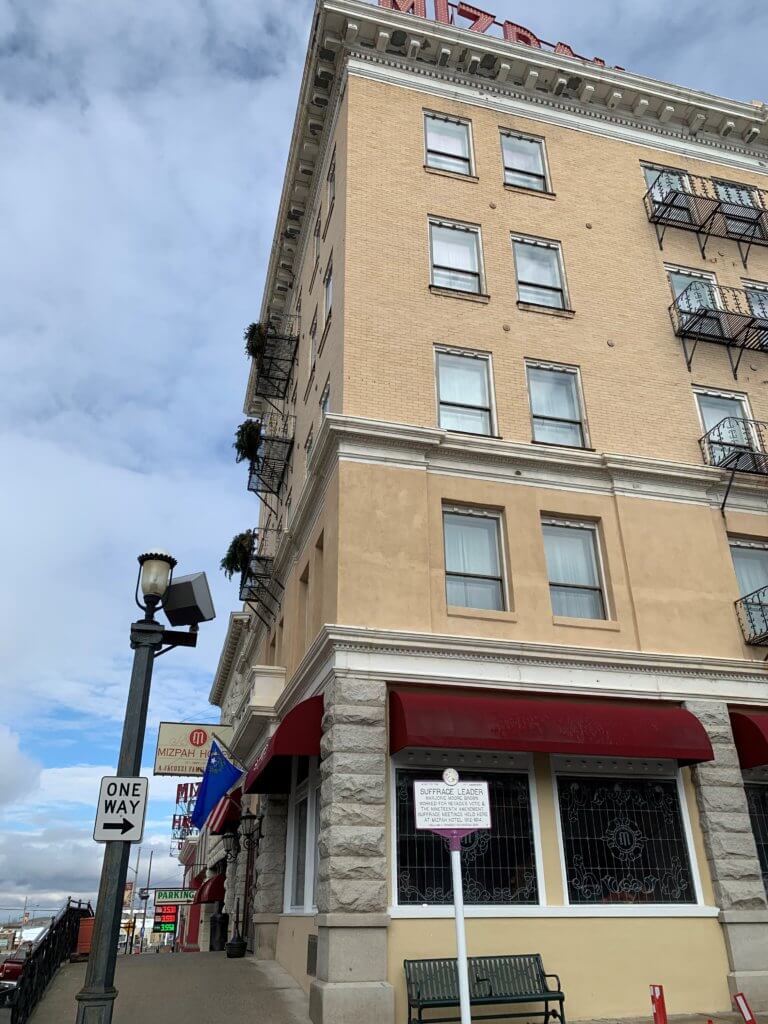