It was on this site in July of 1913 that over one thousand people witnessed both anti and pro suffragists clash over the 1776 Wagon that was used as the symbol of the Votes for Women Movement. The “Spirit of 1776” wagon, which dates to the American Revolution, was donated to the New York Woman Suffrage Association by the I.S. Remson Wagon Company of Long Island, New York.

Built by Revolutionary War patriot Ebenezer Conklin of Huntington, Long Island, the “one horse shay” was said to have been made of hickory wood. The August 1 and 8, 1913 editions of the Long-Islander, described the 1776 Wagon driven by suffragists Miss. Davidson and Mrs. Kearns as picturesque and interesting. Preceded by the Fife, Drum and Bugle Corps of Huntington Fire Department, the ancient wagon preceded up Main Street starting at the home of E. A. Sammis, President of the Equality League, to a position in front of the First National Bank, where it received a rousing welcome.

At the rally on July 26, the two woman were joined by other speakers on the subject of woman’s reform. Miss Davidson covered the history of the movement while Mrs. Kearns emphasized the need of mothers to be involved in lawmaking to benefit their families. Commenting on present political conditions and there to represent the male perspective was Mr. Frank C. Schaeffler, who spoke to the inevitable enfranchisement of women and the great improvement of government as a result.

The Long-Islander also observed that the event was well attended and that strong local support for the movement was garnered. In the end many signatures were secured, and the band escorted the Wagon back through Main Street. 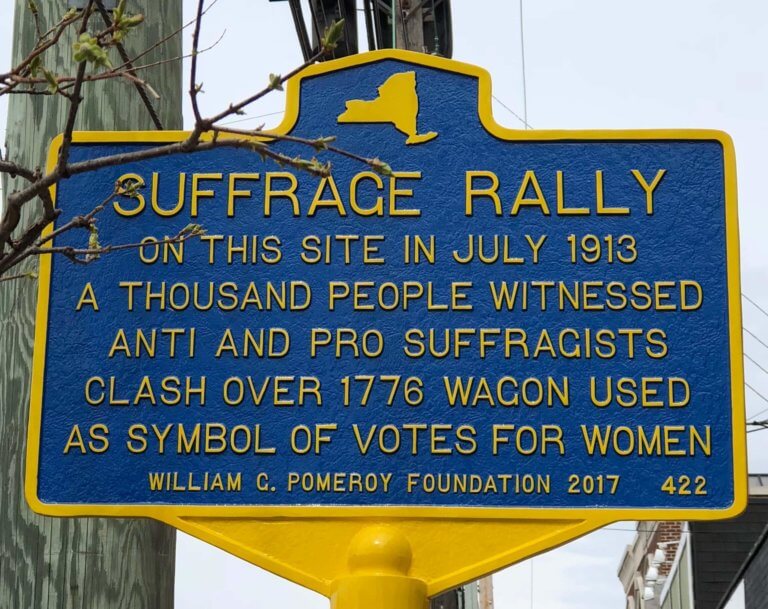 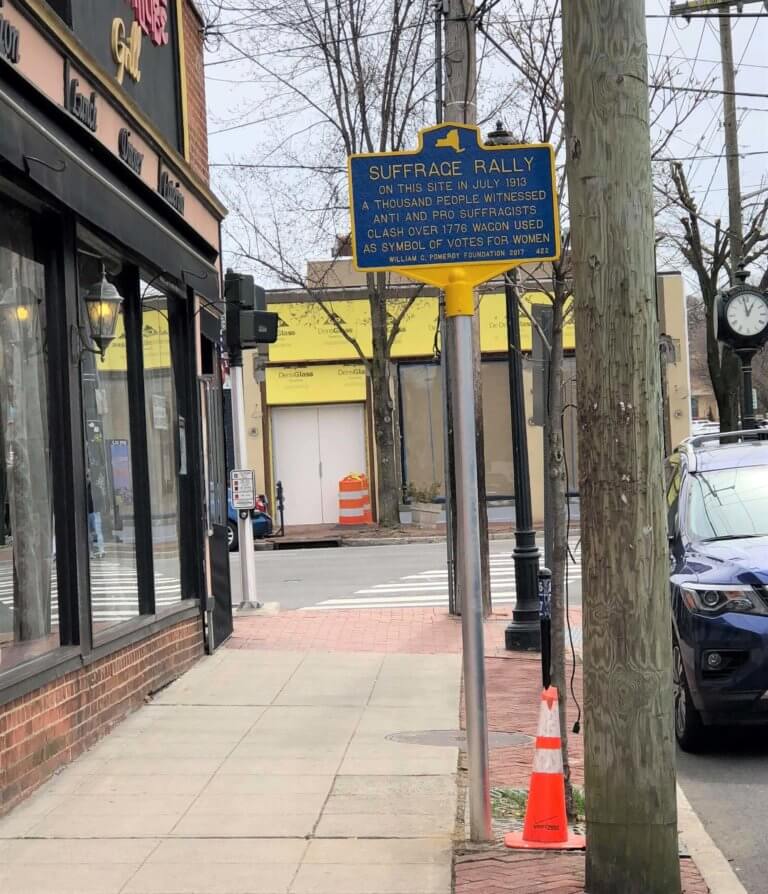