Reform movements of all kind were popular throughout the late 1800s and early 1900s, and Susan Look Avery was a proponent of many, including abolition of slavery, free trade, silver coinage, and women’s suffrage. Her work as a women’s suffragist brought her national attention within the movement, and despite the fact that she did not get involved until late in life, was fundamental in forming multiple women’s associations. Through her work with the clubs, Susan contributed both written and oral work to the movement, while simultaneously helping to bring the women’s suffrage movement to Louisville.

Born in Massachusetts and raised in New York, Susan found her way to Louisville, Kentucky through marriage. According to an article in Historical Wyoming (vol. XXXIV, no. 3) by Jane Kirk, Susan married Benjamin F. Avery in 1844, and by 1848, the two had moved to Louisville so Benjamin could open Avery Plow Works. The factory was said to have “gradually expanded into a highly successful enterprise,” and the Avery family became prominent members of the community. Despite the status, the two were not afraid to hide their anti-slavery sentiments, and it is reported that after the Civil War began, Benjamin was the first to fly the Union flag in Louisville. The decision was made to turn the factory into a hospital for Union soldiers during the war, and it was stated that men deemed grievously injured were taken to the Avery residence to be personally taken care of by Susan.

In an article by the Los Angeles Herald on June 29, 1902, it was stated that Susan did not become involved with suffrage until her children had grown and moved out. Finding herself with more free time, Susan found “outside interests” that “drew her attention and occupied her activities.” Her decision to join the suffrage movement was done “at a time when she could not have espoused a more unpopular cause,” and when she invited Lucy Stone—a leader within the movement—to speak in Louisville, it was said that “many of the good people of Louisville were scandalized.” Not long after Stone came, Susan founded the Louisville Woman’s Suffrage Association, which was closely followed by the Woman’s Club, said to be “one of the earliest clubs of the kind in that part of the US.” Forming the Woman’s Club was important to Susan because she felt they had “done more for the education of women than the universities,” and outside of the club, she was “appalled by the apathy and indifference of intelligent…women” when it came to the need for political equality.

Susan contributed an article to the Evansville Courier and Press on February 21, 1897 that thoroughly discussed her ideas on the need for women to be allowed to vote. She starts off by mentioning that progress has been made in terms of a woman’s place in the world, “but it is not yet satisfactory.” One of the core tenants in terms of Susan’s argument was that men and women possessed different characteristics that were necessary to balance each other. She believed that men and women complimented each other and that “their very unlikeness making essential the representation of both in the world’s activities and especially in making the laws which shall govern them.” The article then continued on to say that women had contributed to all other factions of social life, including “industrial, educational, philanthropic, moral, and religious,” yet they were still denied access to politics. Susan also made a point in which she stated that even the most “ignorant, illiterate, intemperate, or immoral” man had more power and influence than some of the most highly educated women in the country.

As of 2019, the marker commemorating Susan Look Avery stands outside the building of the Louisville Woman’s Club she founded in 1890. 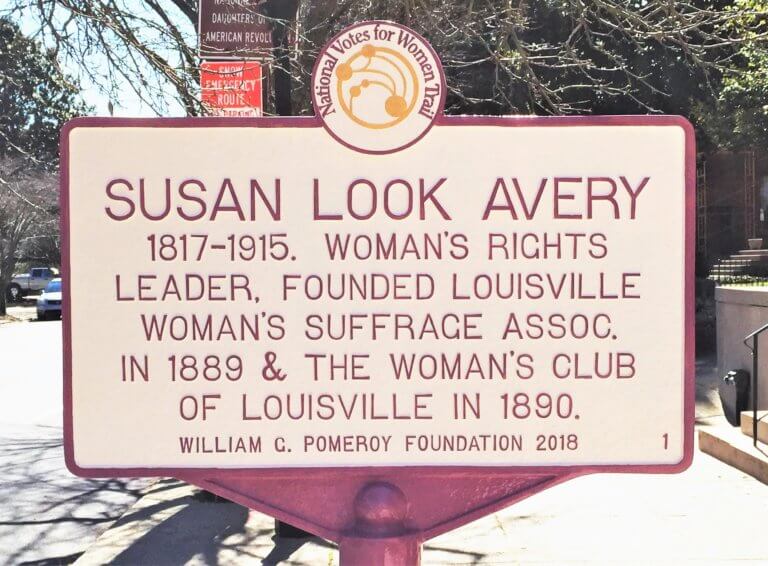 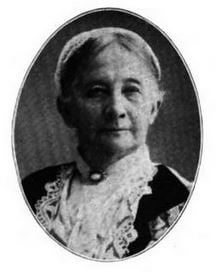