During the 1850s the economy in Fulton County began to grow and the need to transport goods and people quickly across the county became essential. The solution came in the form of a railroad that would travel from Fonda, through Johnstown and Gloversville, to Garoga. According to Fulton County historian, Washington Frothingham in History of Fulton County, “an organization was finally perfected on the 16th day of June, 1867, and articles of incorporation of the Fonda, Johnstown & Gloversville Railroad Company, with a capital stock of $300,000 were filed in the office of the Secretary of State on the following day.”  Following three years of implementation, by 1870 trains were officially running across the county (History of Fulton County).

Unfortunately disaster struck in March of 1888, when the historic Blizzard of 1888 hit New York State with “snow fall estimated to have been about forty inches in depth” in some counties (Eastern State Journal, 17 Mar 1888). During this storm, a Fonda, Johnstown & Gloversville passenger train happened to be travelling from Fonda to Northville. Halfway through the trip, the train experienced trouble and eventually was unable to pass through the heavy snowfall (The Leader-Herald, 11 Mar 1958). Close to the hamlet of Sweet’s Crossing, located between Cranberry Creek and Northville, “the engine and baggage car became uncoupled and the passenger coach was left stranded” (1905 Map of Northampton, NY & The Leader-Herald). Lacking food, a search party was formed that afternoon to find supplies. Lucky for the stranded passengers, located a half a mile away was the home of Levi Sweet, namesake of the hamlet. Sweet provided them with “a 10-quart pail filled with home-made bread and butter and a pail of pickles just out of the brine” (The Leader-Herald). This food helped to supplement the passengers while they awaited help. At dawn of the following day an engine and snowplow arrived to their rescue. 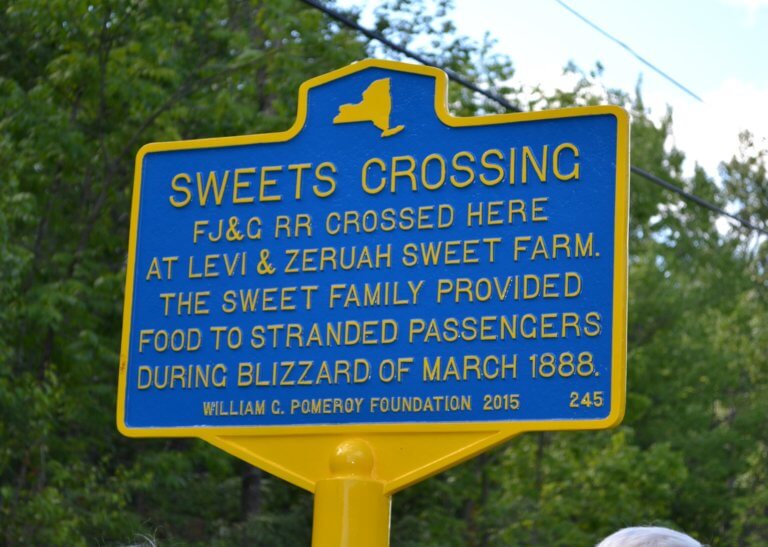 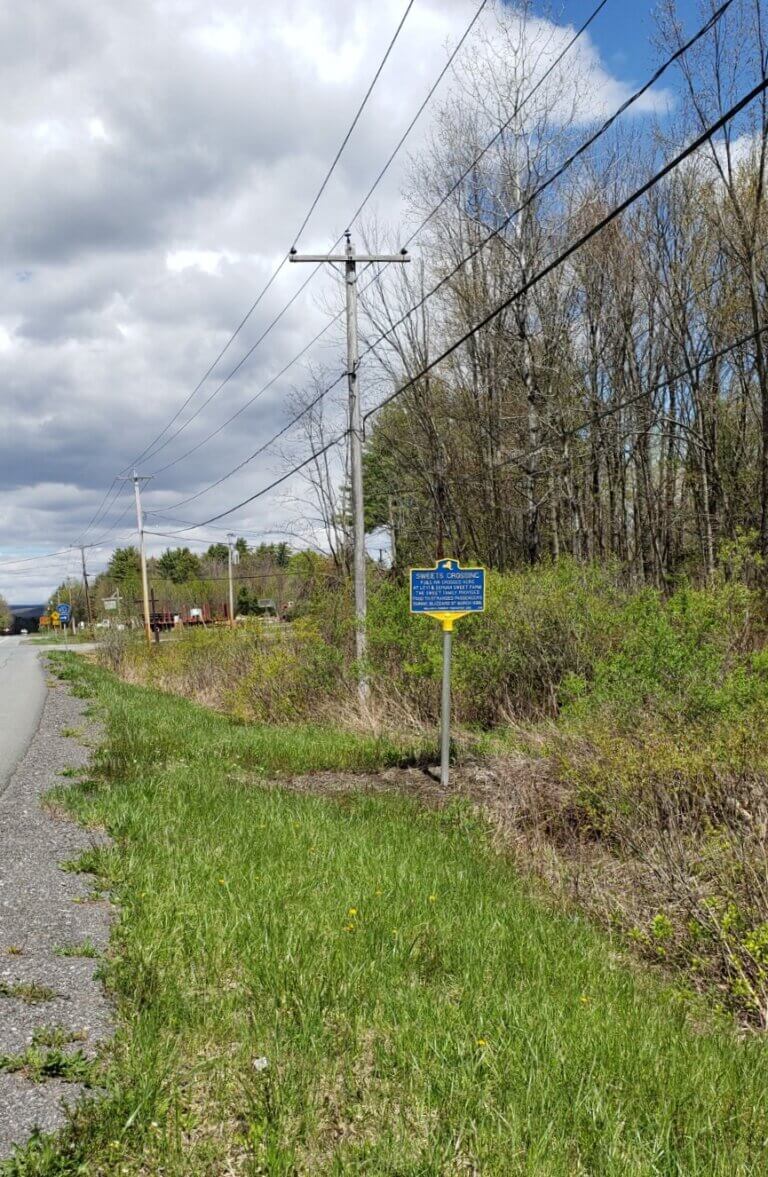