The Taylor Wesleyan Church has served the local community in the same building for over 150 years.  Despite some modernization, such as indoor plumbing, the building remains much the same as when it was constructed.

On December 14, 1831, the First Society of the Methodist Episcopal Church in Cincinnatus and Solon was officially organized, according to their Certificate of Incorporation. Less than a year later, on April 9, 1832, church trustees David Wire, Cyrus Wire and Seth Brooks bought land on Lot No. 100 in Solon. Around 1835, the Society built a church on the property. In 1843, the church became a charter member of the Wesleyan Methodist Connection of America (now The Wesleyan Church). Later, in February 1877, the Society decided to change the name of the church to the First Wesleyan Methodist Society of Taylor. At the beginning of the 1900s, the trustees deeded the church property to the Wesleyan Methodist Connection with the promise that the church continue to hold services for the community (Deed, Cortland County, NY Clerk’s Office, 24 Jan 1908).

Since its construction in 1853, the church building remains much the same. It was made out of clapboard and has masonry load bearing walls (Wesleyan Methodist Church, Building Structure Inventory Form, 1978). According to the Taylor Historical Society, indoor plumbing was installed in 1953. The basement was finished in the 1970s and utilized for Sunday school. In the late 1980s, a kitchen was added with a dining area.

As of 2020, the Taylor Wesleyan Church is still standing and holds weekly services open to the public. 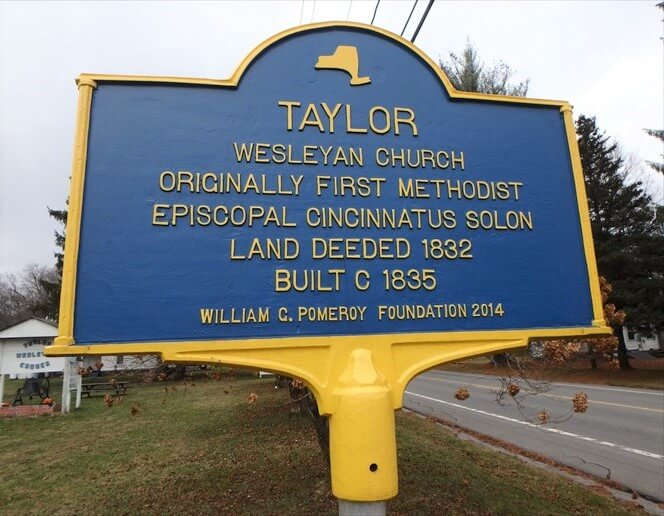 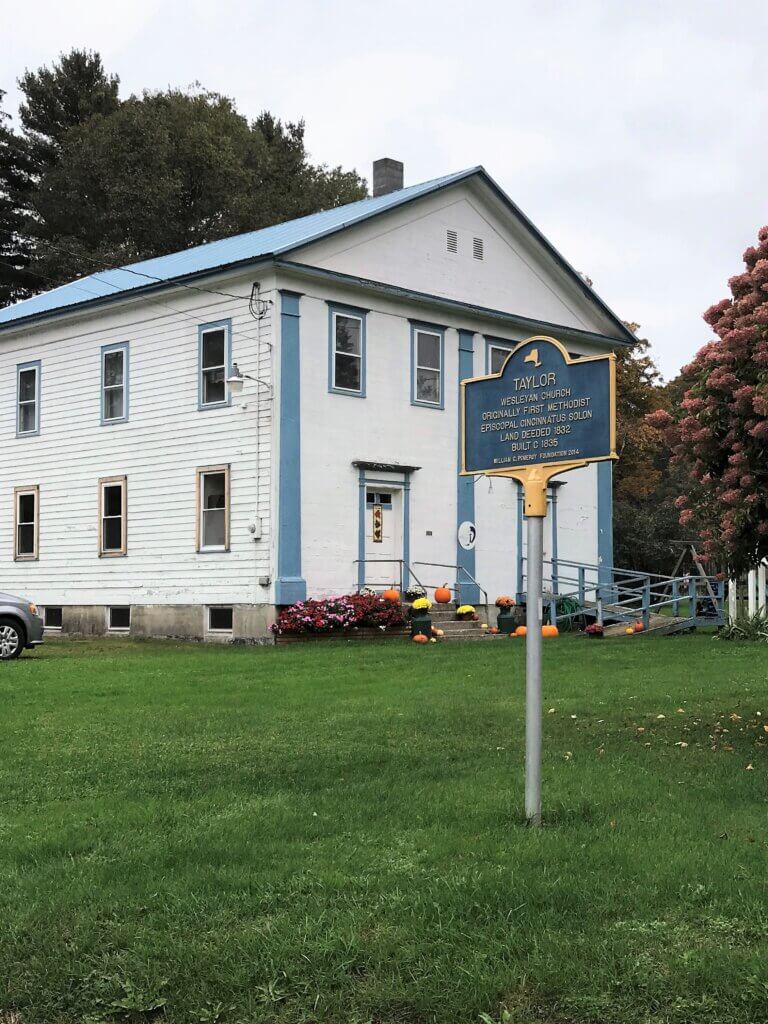 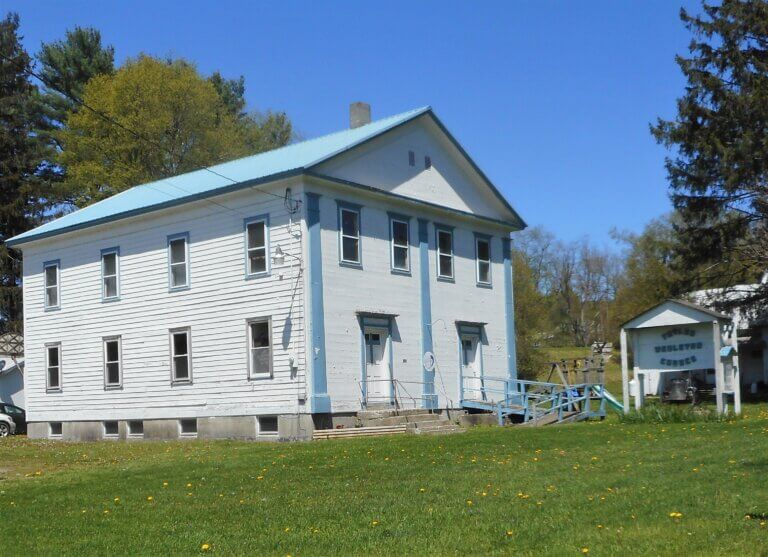