Dioclesian Alvord was born in Connecticut in 1776. In the late 18th century, much of Central New York was opened up for permanent settlement for non Native-Americans and Dioclesian and his brother Elisha relocated to the area and began the manufacture of salt near Onondaga Lake. Alvord also acquired extensive land holdings that eventually reached 1,000 acres. He married Sally Wheeler in 1812 and they had 11 children. There were earlier wood houses, but the surviving stone house appears to have been finished by the 1840s and was probably occupied by various members of the extended family at different times. The home is an example of vernacular architecture of the period, two stories tall with a formal and symmetrical five-bay facade. The home, all that remains of the Alvord estate, stands in Sehr Park and has been renovated for use as a community center. 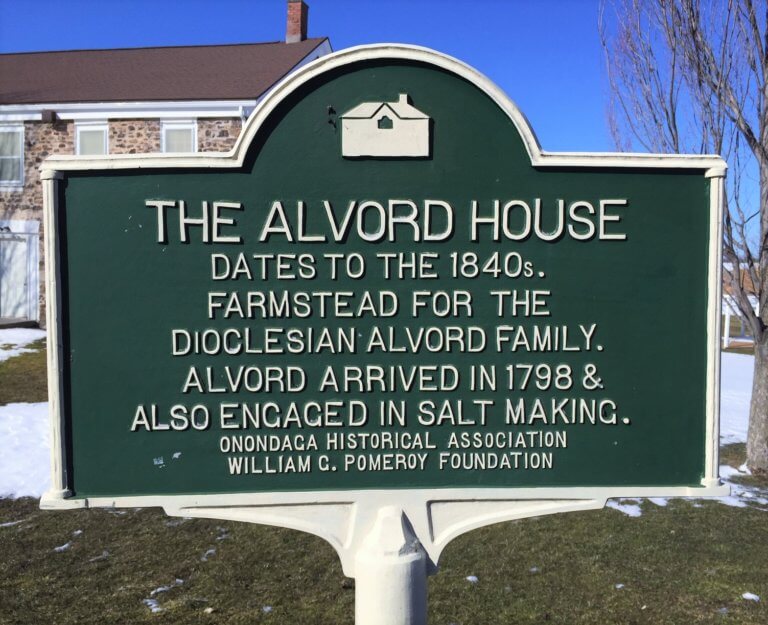 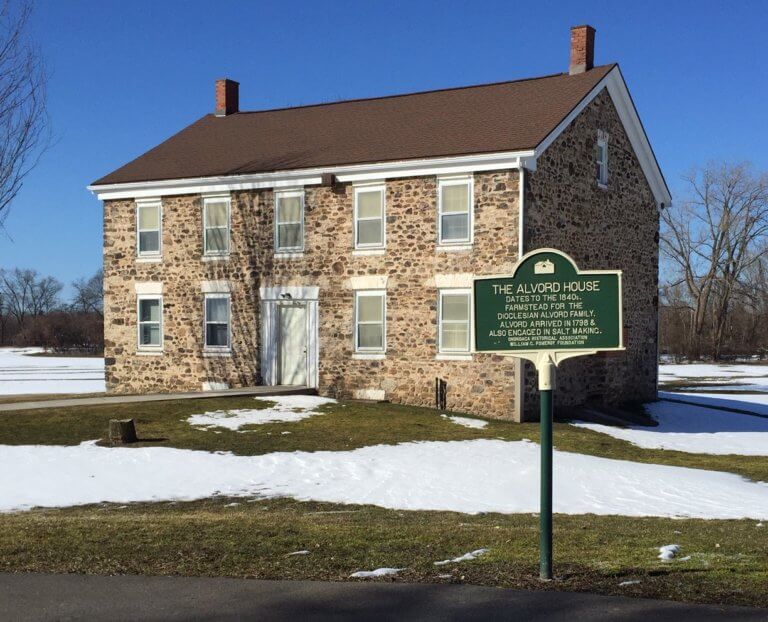