The intersection of John and Crown Streets in Kingston, NY is known as The Four Corners. This intersection has pre-revolutionary stone houses on all four corners: the Matthewis Persen House, Dr. Matthew Jansen House, Kingston Academy, and the Franz Roggen House.

The Jansen House is the earliest of the intersection’s buildings, dating to the mid-17th century. The earliest documents attesting to its existence are court records in Dutch, from 1663 and 1667. At that time, Kingston was known as Wiltwyck and was part of the Dutch colony of New Amsterdam. These records show transactions that took place following the death of the house’s original owner, Mathys Jansen. Upon his death, the house was loaned by the guardians of Jansen’s children to Evert Pels in 1663 for payment in kind. Four years later, in 1667, the house was inherited by Mattys Mattysen, Jansen’s son, as part of the division of his estate.

When the British razed Kingston in 1777 during the American War of Independence, the Jansen House was burned down. It was rebuilt again in 1790. During the buildings long life, it was commonly referred to as the “house of doctors”, as the building hosted the office of many local doctors. A 20th century legend circulates that the building houses a secret trap door activated by a pulley system which is hidden behind false panels next to a fireplace. Supposedly a former resident doctor demonstrated the contraptions, but as the main section of the house hasn’t required renovation in recent decades, this has never been investigated. As of 2013, the owner of the Jansen House had intentions to rent the building as a private residence or a bed and breakfast. (Medenbach, 2013)

The Persen House is the next oldest, existing since at least 1698, when Ulster County court records indicate an indenture transferring the building from Thomas Hall to Teunis Tappen. The Persen House was named after its longest resident, Matthewis Persen, and served as a private residence until it was acquired by the Ulster County in 1914. The building went through five stages of development, with stone additions augmenting the original simple wood home. In 1999 an architectural investigation of the house uncovered nearly 20,000 artifacts, which were carefully catalogued with many put on public display in the house as of 2013. (Medenbach, 2013)

For nearly 200 years, the Roggen family occupied the house that shares their name. (Medenbach, 2013) Built in 1752, one of the earliest records of this building is a mortgage document from 1767 which transferred ownership of the house to Francis Roggen and his heirs on condition of paying off the mortgage plus interest by June 1768. After the house was burnt by the British in 1777, some of its walls remained standing, and its beams were reportedly used as gallows. Later after the house was rebuilt, the second floor closet was reportedly used to shelter runaway slaves travelling the Underground Railroad. As of 2013, the house hosted office spaces, including for a securities firm as well as for then NYS Senator, Cecilia Tkaczyk. (Medenbach, 2013)

In 1890, the Kingston Academy celebrated its 117th anniversary as an institution. (Kingston Weekly Freeman and Journal, 1890) This school began its life in the building that retains its name on the Four Corners. The Academy’s board of trustees began appropriating funds and making inquiries for a new building in 1773, according to the minutes of their meetings. In 1774, the building was completed, though only three years later it was burned when the British razed the town. However, unlike some of the other buildings on this intersection, the Kingston Academy was reopened after only five months. In 1830 the building was closed and the Academy relocated to another building. In place of the school, various businesses occupied the former Kingston Academy building, including a carpenter’s shop, a newspaper office, a Sears, and a number of restaurants. As of 2013, the first floor was being renovated by the owner, while the second floor remained occupied by the WGHQ radio station offices. (Medenbach, 2013)

The Four Corners in Kingston is the only intersection in the country with intact pre-Revolutionary War buildings on every corner. (Medenbach, 2013) A historic marker, funded by the William G. Pomeroy Foundation, was erected in 2018 to recognize the unique legacy of these buildings. 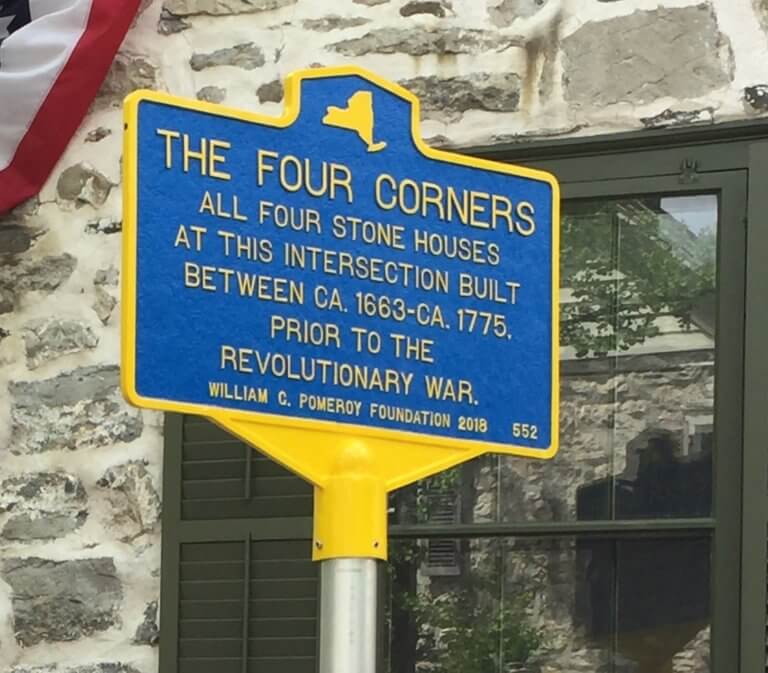 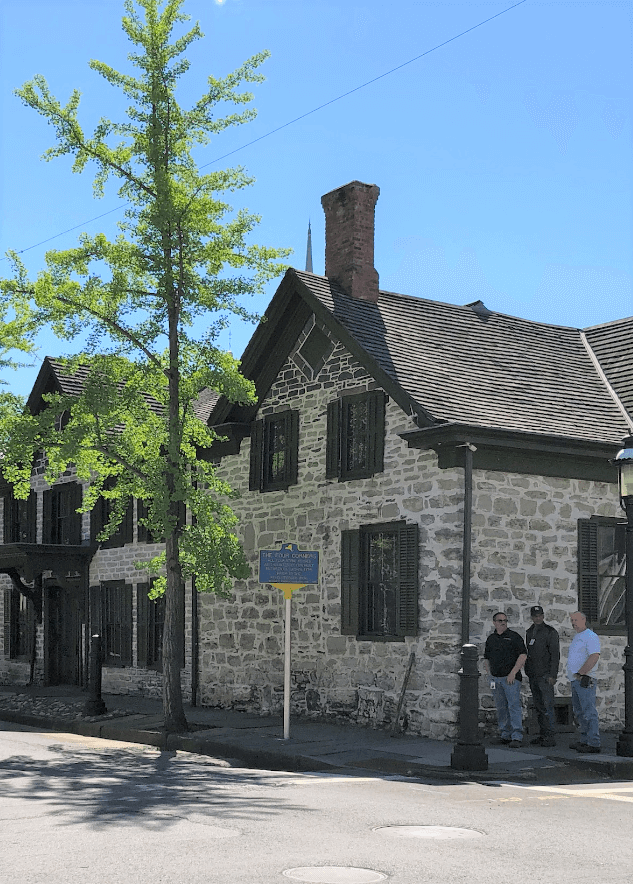 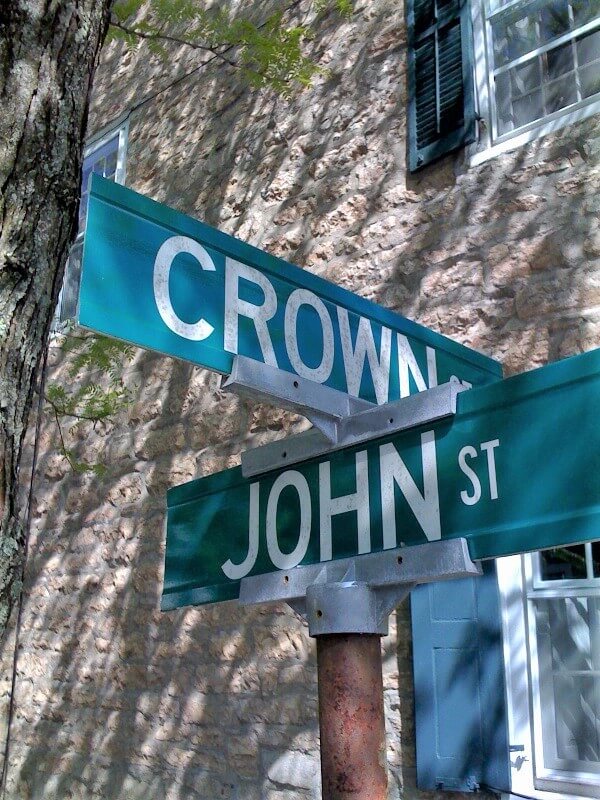 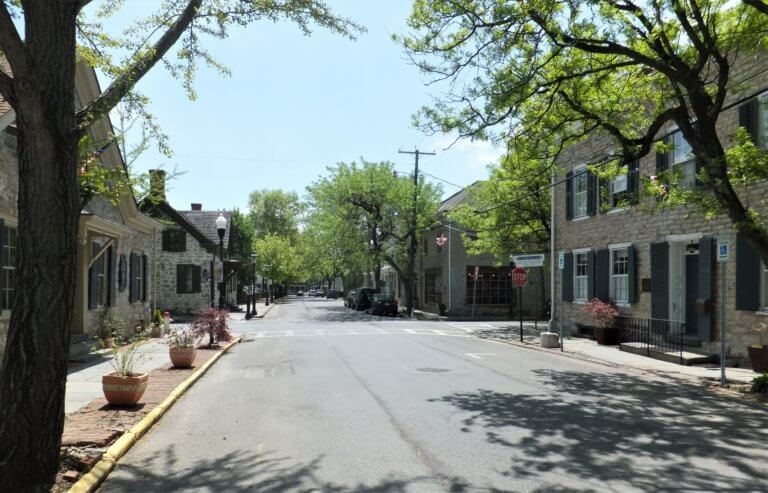