The infamous Loomis Gang crime family were well known in Central New York state for robbery, rustling, thievery, assault and arson. They were scheduled for trial at the courthouse in Morrisville, New York. Local newspaper, The Madison Observer, relates the fire in the October 12, 1864 issue:

At about half-past two o’clock on Tuesday morning, flames were discovered issuing from the cupola of the Court House and also from the vestibule on the first floor. It was soon discovered that the hose on the Hand Pumper had been cut, and in about two hours the building was consumed. The incendiary entered the Engine House and made through work in cutting all the hose he could find. A more cool and premeditated case of arson is not to be found in the annals of crime.

The Loomis Gang was immediately suspected. One of its members, George Washington Loomis, Jr., was even present when the fire broke out. Although a $1,000 reward was posted, no one was ever charged with this crime. 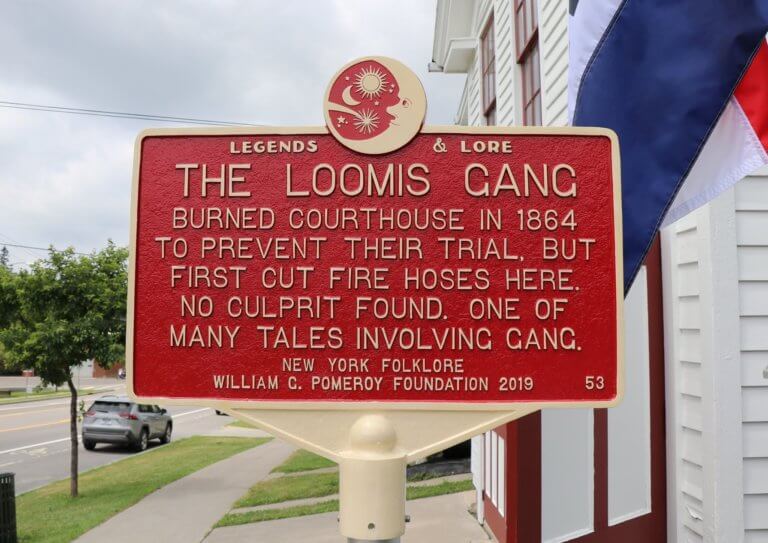 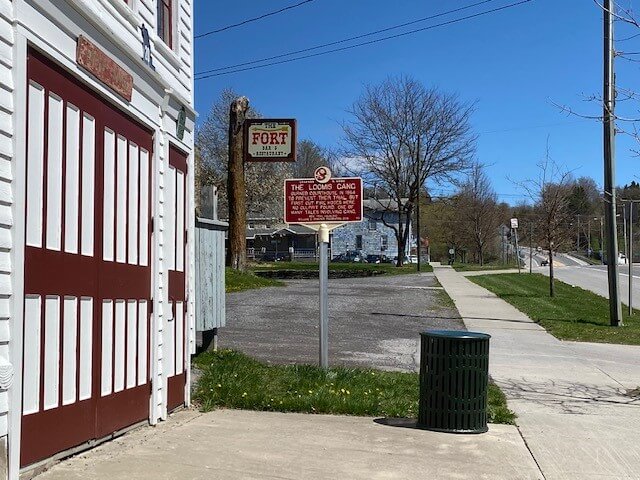 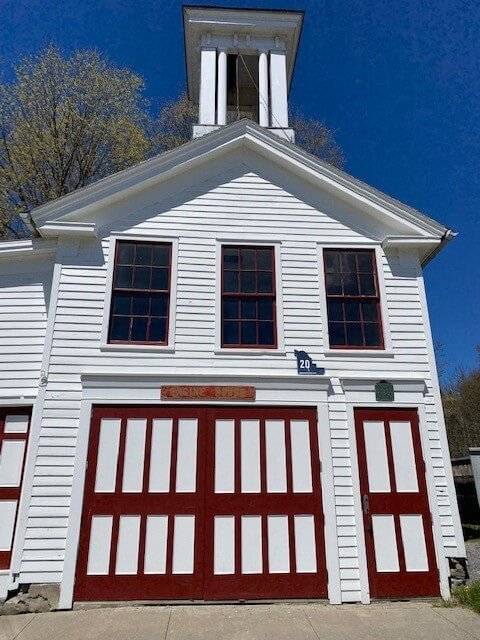