Before the arrival of Europeans to New York State, there was a thriving Native American community in the area now known as the hamlet of Wassaic. Archeological evidence found by Ken Hoadley shows that the Webatuck Creek site was used by Native Americans for a camp and pow-wows until the early 1800s.

It is noted by Philip H. Smith in General History of Dutchess County: From 1609 to 1876 (1877) that several Indian burial places in Amenia, NY are spoken of in Pequod tribal tradition: one on the lands of Myron B. Benton; another near Amasa D. Coleman’s, still the burial place of families in the vicinity. Of special note was the “place by the river called the ‘Nook,’ near South Amenia, [where] the Indians were accustomed to holding their noisy pow-wows. There were a few wigwams near the outlet of Swift’s Pond.”

The 1867 Beers Atlas for the Town of Amenia, Dutchess, County, NY shows “Weebotuck Creek” medially bisecting the hamlet of South Amenia, from north to southwest. By the time of the 1876 Dutchess County Map of Amenia Town, Sharon Station, Clinton Corners, and Amenia Union, however, “Weebotuck Ck.” now appears prominently throughout the northeastern part of South Amenia, reflecting, interestingly that the hamlet and village lines must have changed in the intervening period. Newton Reed’s Early History of America (1875) adds that “Weebutuck” was an old Indian name, signifying “beautiful hunting ground.” Meanwhile, the creek’s largest tributary from the west in this town was called “Wassaic”, understood to mean “difficult,” or requiring hard labor– perhaps on account of the difficulty of access to the stream in its rocky chasm. In 1703, it was written “Washiack”, but by 1843, when the hamlet of the same name was incorporated, “Wassaic”.

Phase I Archaeological Survey: Silo Ridge Resort Community (2006) undertaken by the Town of Amenia and the Louis Berger Group, Inc. generally noted that during the early historic contact period (300-500 years ago) that Native American settlement and subsistence adaptations were characterized by seasonal hunting and gathering, focusing on streams and major watercourses in the spring and fall for the seasonal fish runs. During this period Native Americans also accessed smaller sites in inland and upland areas for hunting and resource procurement. Larger semi-permanent village sites, consisting of oval and round houses and large pits, were located in the interior near planted fields. Phase IA/IB Archaeological Survey Silo Ridge Project Parcels 1, 2, and 3 and Phase II Archaeological Evaluation West Lake Amenia Road Historic Site (2014) undertaken by Town of Amenia in conjunction with New York State Office of Parks Recreation and Historic Preservation (NYSOPRHP) and Historical Perspectives, Inc. added that at the time of European Contact, the Amenia area was occupied by the Wappingers. It was reported that the last of the Wappingers were a man and his wife who lived in a hut near Freedom Plains, about 25 miles southwest of the project site, in the 1880s.

More specifically, the Phase I dig site ”The Nook, Site B” evidenced artifacts dating from the Archaic period near Southeast Amenia including “Bifaces, scrapers, Bannerstone, Vosburg, Neville-like, Brewerton, Dry Brook, Orient fishtail, Fox creek, and Levanna points.” The Phase II survey expanded the sampling to include three dig sites: The Nook, Sites B; Site C; and Site E. Although all were classified as “Campsites”, Site B was found to be an older period Precontact-Archaic; whereas sites C and E comprised the period of Archaic-Woodland. This evidence led the NYSOPRHP to conclude that there were numerous pre-contact and historical archaeological sites within three miles of the project site. 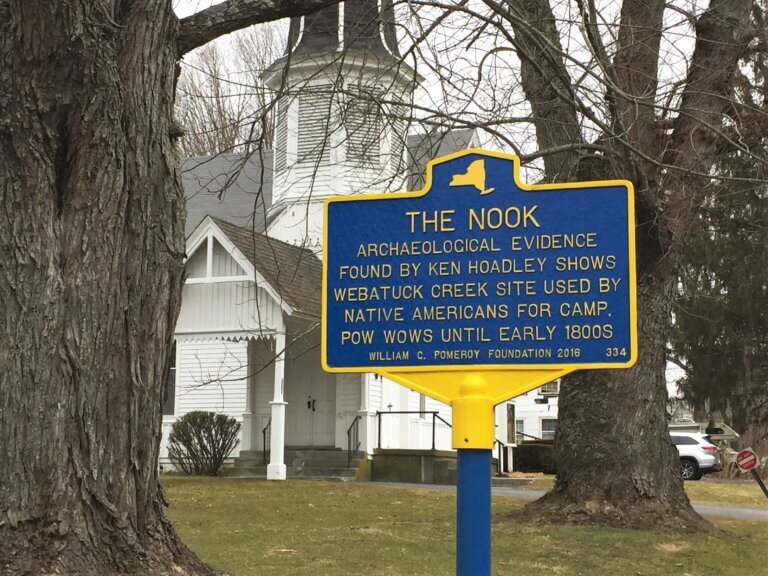 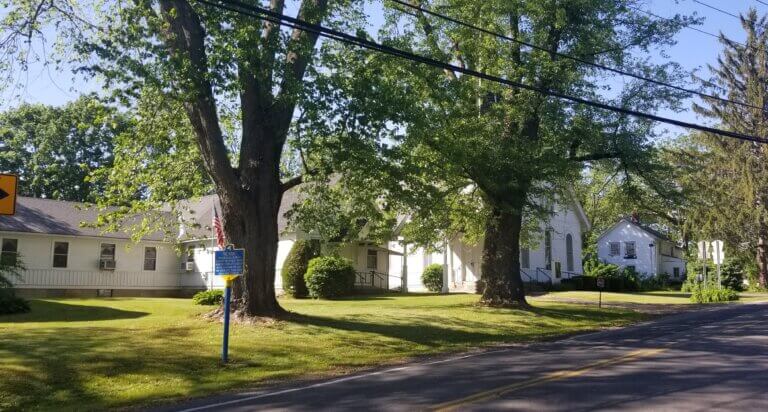