Tuberculosis, also known as consumption, is a bacterial disease that infects the lungs. It can cause damage to other parts of the body and, if left untreated, will kill half of those it afflicts (World Health Organization TB Fact Sheet, 2015). During the late 1800s, it was among the leading causes of death in Syracuse, NY, killing around 220 people a year. To combat the disease, Onondaga County opened a sanatorium to treat those infected.

In the early 1900s, Syracuse city health officer, Dr. Frederick W. Smith, recommended building a hospital with the sole purpose of providing care to tuberculosis patients. The Board of Supervisors selected a site for the County Tuberculosis Sanatorium near Onondaga Hill, just southwest of the City of Syracuse (Fayetteville Bulletin, 9 Dec 1910). In 1913, they purchased around 130 acres of land for the new sanatorium.

Three years and a court case later (involving the county supervisor and contractors accepting bribes during construction), the new Onondaga Sanatorium for Tuberculosis in Syracuse was officially opened in the fall of 1916 (Fayetteville Bulletin, 31 Mar 1916 and The Syracuse Herald, 2 Oct 1916). The total cost to build the facility was $600,000. According to “A History of the Onondaga Sanatorium for the Treatment of Tuberculosis,” there were “two sanatorium buildings, a powerhouse with steam generator and laundry, water and sewer mains, a water tower, an underground service tunnel, and access roads.” Franklin H. Chase’s 1924 book, Syracuse and Its Environs, explains that the Sanatorium was designed to care for around 80 patients, however within the first year the actual number of patients rose to over 100 patients.

The Sanatorium operated under the authority of Onondaga County until 1948, when New York State’s Department of Health took ownership. In 1956, the Onondaga County Medical Society reported that the Tuberculosis Sanatorium could now care for 260 patients. That year they had 240 patients and employed approximately 200 people including “physicians, nurses, social workers, laboratory technicians and housekeeping staff.” In addition to tuberculosis treatments, the Sanatorium had three Chaplains on staff, offered occupational therapy, held classes for students, and provided  entertainment including movies (Onondaga County Medical Society). One patient who spent six years in the Sanatorium highlighted the importance of a hospital that focused on one disease stating that, “for most of the patients, the idea was that we were all in it together. You got through it because you saw others getting through it” (The Post Standard, 14 Nov 2008).

Over the years the number of tuberculosis cases decreased and treatment no longer required lengthy hospitalization. As a result, the state closed the Onondaga Sanatorium in 1959 (The Post Standard, 16 May 1959). In 1979 the Van Duyn Center for Rehabilitation and Nursing was built on the site of the Sanatorium and, as of 2020, was still operational. 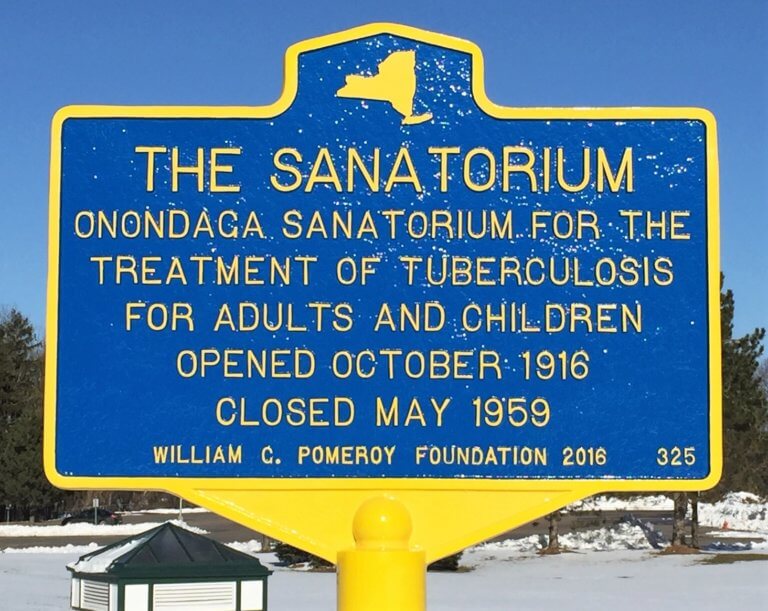 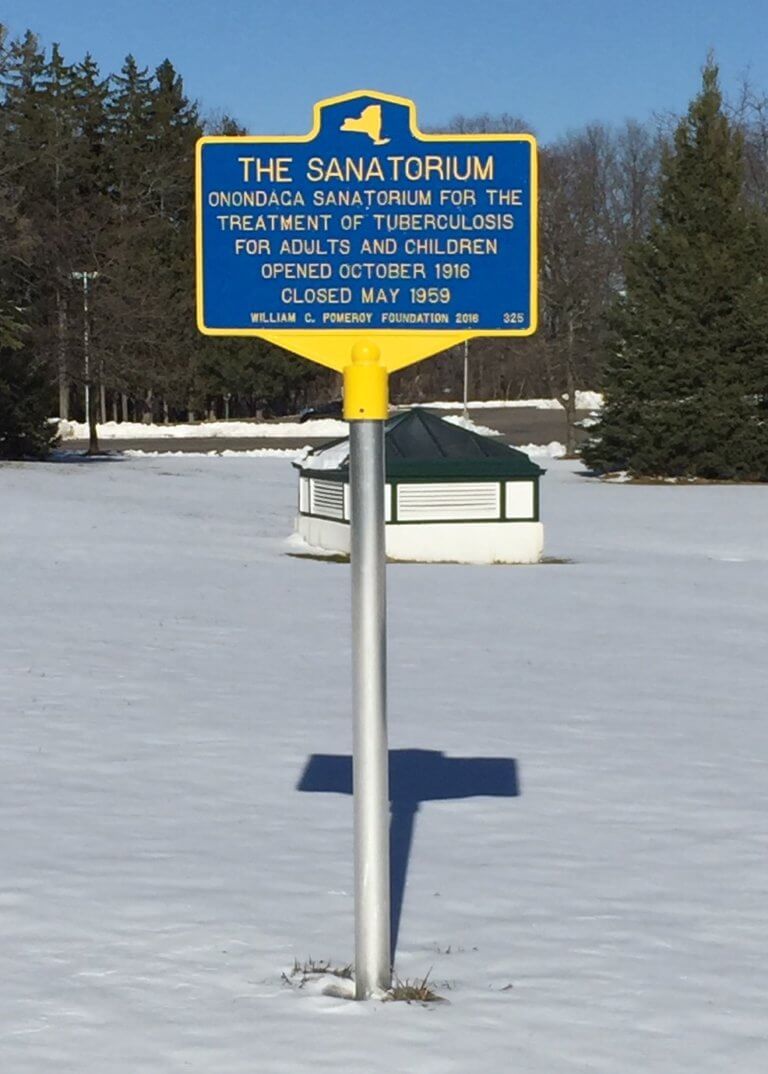