In the Village of Oyster Bay Cove on Long Island, NY lies the final resting place of 26th President of the United States, Theodore Roosevelt.  Born in 1858 in New York City, Roosevelt came from a wealthy family. During his childhood he struggled with illness but overcame these limitations and grew to be a larger than life figure. Roosevelt’s rise to power began simply, in state politics, where he served as an assemblyman in New York State. A short time later he became Police Commissioner for the New York City Police Department where he cracked down on police corruption.  From there Roosevelt briefly served as the Assistant Secretary of the Navy, until the Spanish-American War broke out.  During the war he served as Lieutenant Colonel of his own military unit, the First U.S. Volunteer Calvary Regiment, known as the “Rough Riders”. He famously led a charge with the Rough Riders up San Juan Hill in Cuba, winning a major victory for American forces.

After the war Roosevelt resumed his political career and was elected the 33rd Governor of New York State. He served from 1898-1900. One year later he was selected as President William McKinley’s Vice-President. Following McKinley’s victory, on September 6, 1901, President McKinley was shot at the World’s Fair in Buffalo, NY. He succumbed to his wounds just eight days later on September 14, 1901. As a result, Roosevelt became the 26th President of the United States, serving from 1901-1909. After his presidency he initially stepped back from politics, only to return for a second run in the 1912 presidential election. During the process he formed his own political party, the Bull-Moose Party, but he ultimately lost the election.

On January 6, 1919 Theodore Roosevelt passed away and was interred at Young’s Memorial Cemetery in Oyster Bay. 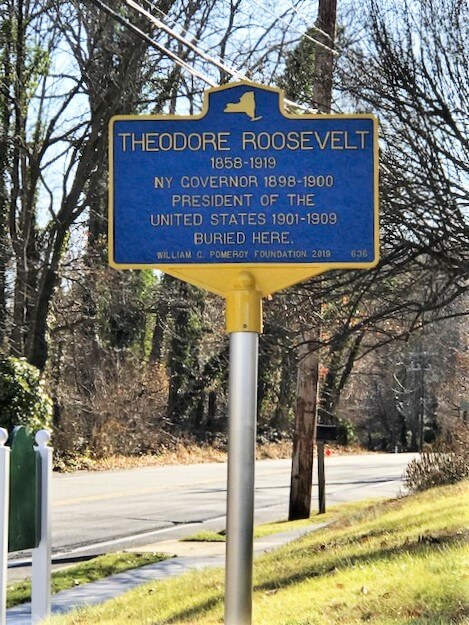 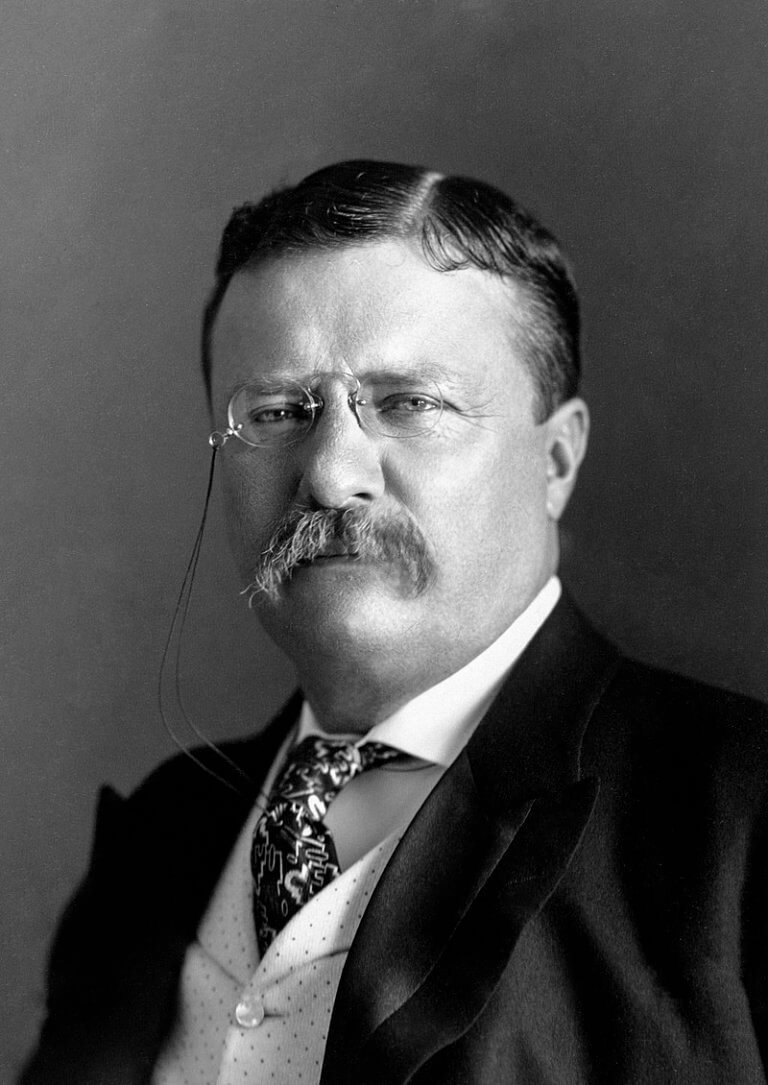