English-born Thomas Paine was a prolific writer. His publication Common Sense was a strong defense of American independence and, some say, helped inspire the Declaration of Independence. However, by 1784 he was destitute. The New York legislature granted him land because of his financial state and “…for the eminent services rendered by him to the United States of America”. This site is the remaining portion of about 300 acres of farmland. Paine lived in the cottage until 1806 and, after his death in 1809, was buried on the property. In 1819, his body was disinterred and taken to England; its whereabouts today are unknown.

The Thomas Paine Cottage Museum website explains that a grateful State of NY presented Paine 277 acres of farmland located in New Rochelle, NY on June 16, 1784. Confiscated from Revolutionary War Loyalist Frederick Davoue, it was here in August 1805 that Paine wrote his last pamphlet, which was addressed to the citizens of Philadelphia on “Constitutional Reform”.

Paine died in Greenwich Village, New York on June 8, 1809. Although the will of Thomas Paine intimated that he preferred a Quaker burial, Paine wrote:

I know not if the Society of People called Quakers admit a person to be buried in their burying Ground, who does not belong to their Society, but if they do or will admit me, I would prefer being buried there my father belonged to that profession, and I was partly brought up in it. But if it is not consistent with their rules to do this I desire to be buried on my farm at New Rochelle. The place where I am to be buried to be a square of twelve feet, to be enclosed with Rows of Trees, and a Stone or Post & rail fence, with a headstone with my name and age engraved upon it, Author of ‘Common Sense’.

However, he was refused admission to the burying grounds. It is believed this was because of his writing which was ahead of its time. Instead, his few remaining friends brought his body back to New Rochelle to be interred on his farm.

In 1905, a monument was erected by the City of New Rochelle in honor of the Revolutionary War Patriot. According to an October 15, 1905 New York Times article, “the body was originally buried about twenty yards south of where the monument now stands today, and was removed to England by Cobbett in 1819 in the hope that it might be the means of stirring up a revolution in England for a democratic government.” The article also refers to the fragment of Paine’s brain intended as part of the cornerstone memorial as “all that remains of Thomas Paine… purchased in London a few years ago by Moncurs D. Conway.”

In 1819, long before human remains and burial rights legislation existed in the United States, the English pamphleteer, farmer, journalist and member of Parliament, William Cobbett disinterred Paine’s grave. A May 10, 1910 New York Times article later explains: “Cobbett, the noted English radical… was a great admirer of Paine, and believed that America had neglected him. Cobbett’s intention was to have a fine monument erected over Paine’s English burial place, but England was in the throes of… political [unrest], and Cobbett was unable to get far with the project. When he died Paine’s body was still in his home, in an attic room. It disappeared, and unavailing efforts have since been to trace it.” The article also mentions the same curio or relic of a “small portion of brain” recovered by Dr. Moncure D. Conway “four or five years ago and brought to America.” Cobbett detailed the exhumation and transport of Paine’s remains in the Saturday, November 13, 1819 edition of his Weekly Political Register as well his Memoirs from 1836.

Thomas Paine’s cottage was moved in 1908 from its original location to where it sat in 2019 on Sicard Avenue. The location is part of the original 277 acres and is adjacent to the site where Paine was buried in 1809. Declared a National Historic Landmark in 1974, the Cottage is the last existing building in North America that was owed by Thomas Paine. In 2019, The Thomas Paine Cottage Museum was administered by Huguenot & New Rochelle Historical Association. Open to the public since 1910, it is operated as a museum. 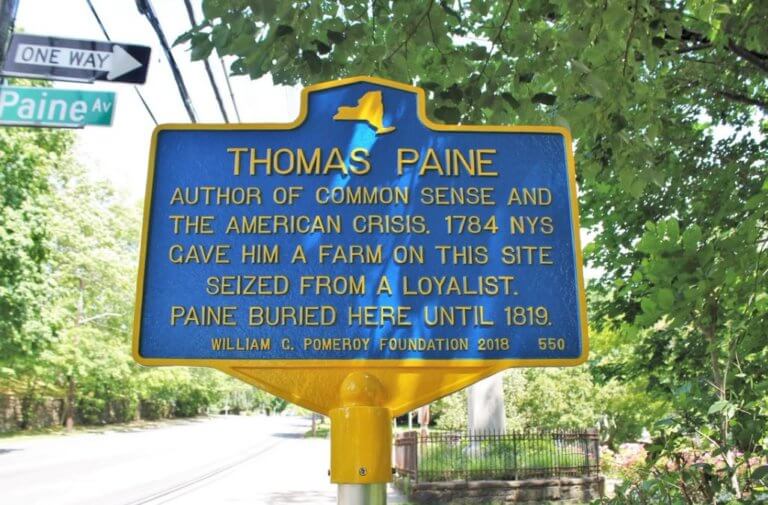 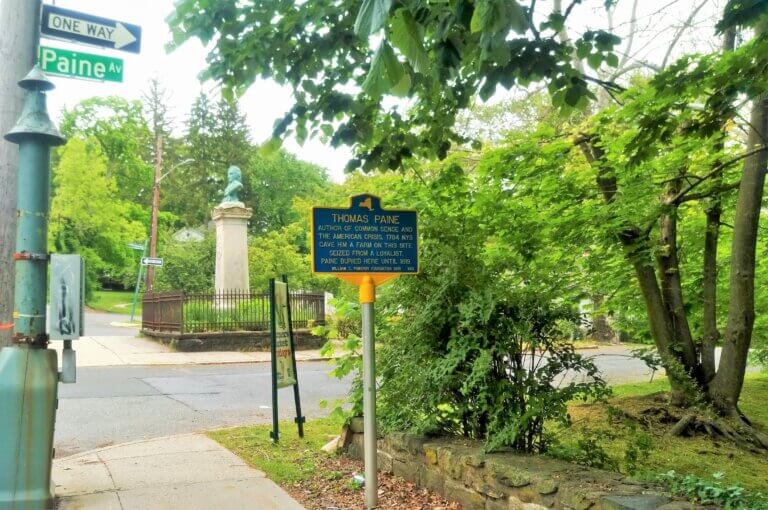 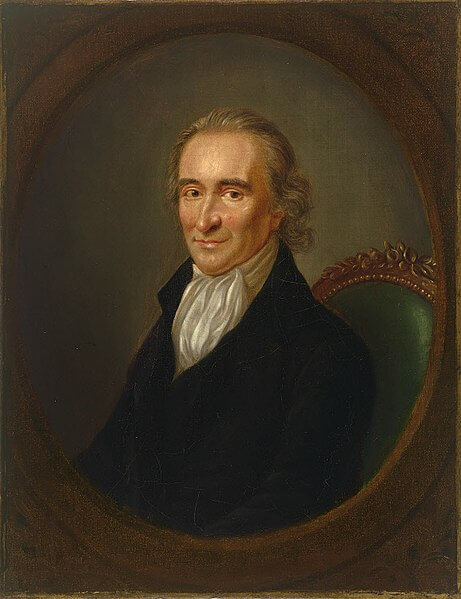