Historically, water has played a significant role in the development of communities around the world and the hamlet of Throopsville is no exception.  Established in the late 1790s along the Owasco River, Throopsville harnessed the energy of the river to power the community’s industries.

According to Elliot Storkes’ 1879 book, History of Cayuga County, New York, after the first saw mill and grist mills were built in Throopsville circa 1798, its three proprietors constructed three dams along the river to utilize the water flow from the Owasco River to power the mills. The lower dam was adjacent to a wooden mill originally built in the late 1790s but later reconstructed in 1853. It contained “four runs of stones and has a capacity for merchant work of one hundred barrels of flour per day” (History of Cayuga County, New York). The water running through the lower dam would fall approximately twelve feet in order to hydropower the mill. The second dam, or middle dam, caused the water to fall around ten feet and supplied power to a mill roughly similar in size to the lower dam’s mill. Lastly, the upper dam caused the river water to drop ten and a half feet. During the 1870s this dam was used to operate a grist and flour mill with an attached small saw mill (History of Cayuga County, New York).

Despite the Owasco River offering an abundance of water power to Throopsville, the hamlet was not located convenient to any railroads or canals which made it difficult to transport products and compete with neighboring industries. By the late 1870s, overall production had dwindled. 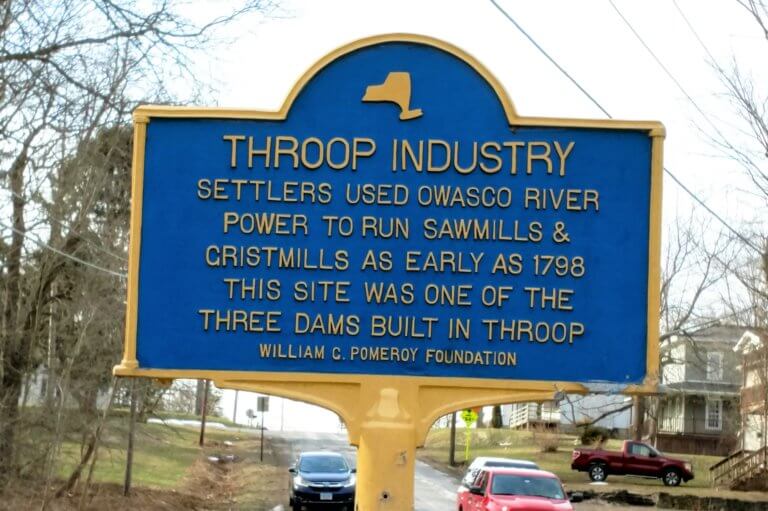 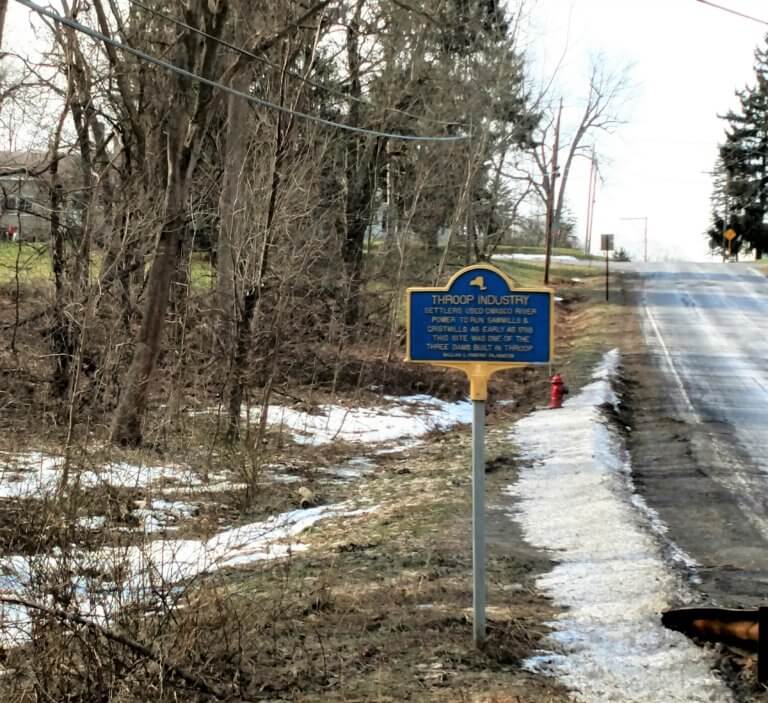