The timber industry was a significant part of the commerce of the Upper Delaware River Valley from the mid-1700s until the early 1920s. Large timbers were cut down, tied together, and floated down river to shipyards and industries in Philadelphia, PA, and Trenton, NJ. The timber was used primarily for the masts, booms, and other riggings of sailing ships.

Transporting lumber by tying timbers together into a raft is a method of ancient origins. Especially before the emergence of railways and trucking, it was one of the cheapest ways to transport timbers for ship-building in many parts of the world. One of the earliest surviving mentions of timber rafting is from a manuscript on botany by Theophrastus in 300 BCE. He described Romans building a timber raft to transport wood from Corsica, supposedly big enough for 50 sails. Outside of North America, rafting lumber was also common on the rivers of Germany, such as the Rhine, in the 18th and 19th centuries. (Herman, 1820)

The first to reportedly construct and run a timber raft on the Delaware River was Daniel Skinner. Originally from Connecticut, his family settled in what is now Wayne County, Pennsylvania near the river. Apparently inspired by his experiences as a sailor in the West Indies, Daniel initially tried log driving, floating the logs loose down the river. (Woods, 1934) This failed and in 1764, he instead tied the logs together into a raft and successfully floated his timber from Cochecton, New York, to Philadelphia, Pennsylvania. (Skinner Kinsmen) This earned him the informal title of “Lord High Admiral of the Delaware River” in the memory of Delaware valley citizens. (Evening Gazette, 1870)

The lumber rafts briefly served another purpose in the Delaware River valley during the economic crisis of 1837. That year, due to a financial scare, lumber prices dropped precipitously. The crisis was exacerbated by local crop failures, and many in the Delaware River area became desperate. Fortunately, the plentiful beech trees of Wayne County, PA, and Sullivan County, NY bore an especially abundant crop of beech nuts that year. This in turn attracted flocks upon flocks of wild pigeons, reportedly millions. The crowds of birds were easily shot, netted, or clubbed and local residents soon began harvesting them by the thousands. They would load the birds onto the timber rafts that stopped by their villages in order to sell them at various stops down river. By the time the birds left in the winter, more money had been made in the region that year from selling pigeons than from all the lumber transported down the river. It is possible that the relief afforded by the pigeons prevented food riots from erupting in the area, as they had in other parts of the country. Many rafters and lumber workers remembered the “pigeon year” as the one that launched their careers. (New York Times, 1883)

The introduction of circular saw mills caused a rapid growth of the lumber industry in the Delaware valley. The first was opened around 1848, with many more introduced in short order. This led to an explosion in the rate of deforestation as some of these mills were capable of processing 50,000 feet of lumber a day. The eastern branch of the river valley, including Sullivan and Delaware counties, reportedly was transformed from virtual wilderness to “a vast field of stumps or tracts of second-rate timber” in the space of ten years. Timber rafting from any point above Walton in Delaware County had ceased in the middle of the 19th century due to the denuding of the watershed. The average amount of lumber rafted to markets down the Delaware river declined from 100,000,000 feet in 1873, to 90,000,000 ten years later. This rapid harvesting caused lumber prices to plummet until they barely covered the cost of production. This was partly a result of the large tanning industry in the area purchasing the bark of trees for its tannin. Once the trees were stripped of bark they had to be processed as lumber or else the wood would rot and lose whatever value it had. Around 1880, Wayne County, PA was the second largest leather producing county in the country and reportedly had the largest tannery in the world at the time. However even then, rapid depletion of hemlock stands had already triggered a shortage which caused many tanning operations in the river valley to close. (New York Times, 1883)

At its height, the lumber industry in the Delaware region employed over 16,000 choppers, sawyers, teamsters, and rafters, among others. Many towns and villages along the river relied on the sale of lumber for their livelihoods. Yet, due to deforestation, already in 1883 less than a third of the area’s settlements relied on the industry. Some areas substituted farming and grazing for timber cutting while many other settlements were simply deserted once they exhausted their forests. (New York Times, 1883)

While the western branch of the Delaware River was initially the most commercially important for the lumber industry, in later years it was the Eastern Branch. There timber rafting continued at a declining rate into the 1920s. The last commercial timber raft to float down the Delaware River was reported sometime between 1921 and 1922. After that, rafting became a solely recreational pursuit. (Woods, 1934) 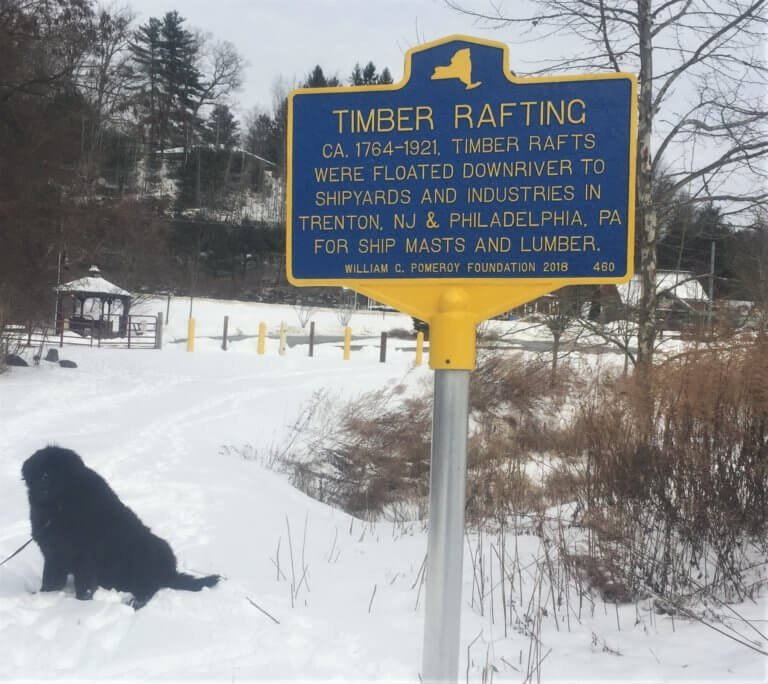 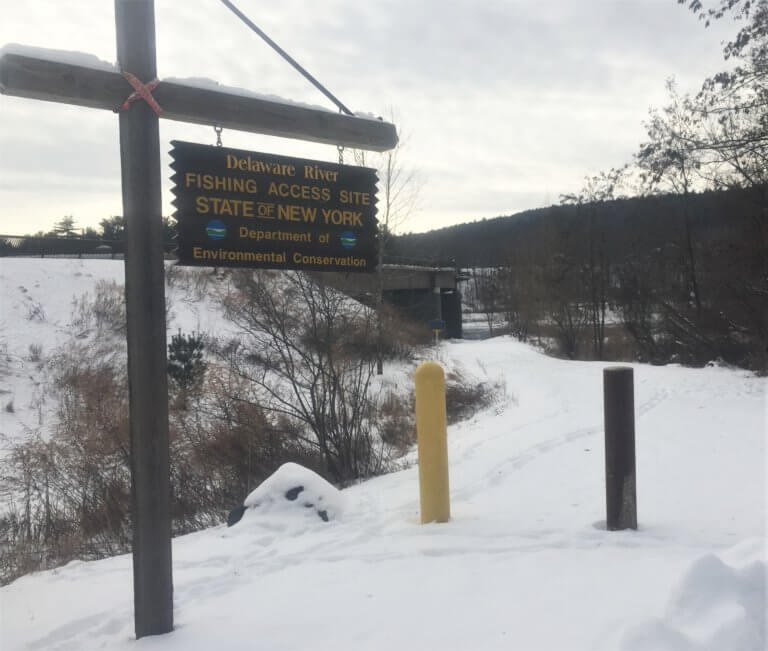