Investors filed for a certificate of incorporation for a railroad company on July 28, 1899. The new Hudson Valley Railway corporation’s purpose was to build an electrified railway from Warrensburgh to Lake George, and the local newspaper treated this prospect as inevitable. (Warrensburgh News, July, 1899) Several months later in November, a hearing was held before the Board of Railroad Commissioners in Albany regarding the proposed interurban trolley. At this initial stage, the Delaware and Hudson Railway Company voiced reservations against the project, arguing that if it was allowed, it would almost certainly be extended towards Glens Falls, a stated aim of the investors. This would cause the new line to run parallel to the D&H Co.’s existing lines and draw traffic from them. On the other hand, the investors and their allies noted the economic benefits the project would bring to the region. Some residents of Lake George voiced concerns that the interurban trolley would present a hazard to traffic within the town. (Warrensburgh News, November, 1899) When the next Railroad Commissioners hearing was held on the subject, critics suggested that as long as the new railway’s route didn’t impinge on the existing highway by running parallel to it, opposition to the project would cease. (Warrensburgh News, December, 1899)

By January of 1900 the State Board of Railroad Commissioners granted the application to construct the trolley line. The proposed route was based on surveys completed following the above mentioned suggestions, however the certificate reserved the right for the route to be possibly changed at a later date. (Warrensburgh News, 1900)

Construction proceeded rapidly, and by June of 1901, the grading of the railway bed was about to be finished, after which the laying of the rails would follow in short succession. The contractors, namely Cowles & Co., predicted that the railway would be open by July 4 that year, and that for the time being the railway would terminate in Lake George, with extension to Warrensburgh and eventually Chesterton and beyond to be accomplished the next season. The Lake George Mirror reported that at the time, despite certain difficulties including weather and rock cutting, “no other railroad in the country has ever been built so rapidly.” The paper, like the Warrensburgh News when the project was initiated, described the railroad as part of an inevitable “march of civilization”, and merchants began advertising their proximity to the new line before it was even completed. (Lake George Mirror, 1901)

On February 1, 1902, the new express line was officially opened and made its first trip between Warrensburgh and Fort Edward. At its opening, the new trolley made two round trips daily, connecting at Fort Edwards with cars from Albany, Troy, and other intermediate stations. All express shipping was advertised as delivered the same day. For a parcel shipped between Warrensburgh and Glens Falls, the cost was 15 cents for a package weighing less than 25 pounds, and 25 cents for one between 25 and 100 pounds. (Warrensburgh News, 1902)

Two decades later, in 1922, many of the heavier, interurban cars on the Hudson Valley Railway between Glens Falls and Warrensburgh were replaced with lighter trolley cars, a change concurrent with the change in power supply from the local powerhouse at Warrensburgh to purchasing from energy from the Adirondack Power and Light Company. This led to the power house being dismantled. The older heavier cars were still used between Glens Falls and Saratoga Springs, requiring passengers traveling north and south through Glens Falls to change cars. (Warrensburgh News, 1922)

In 2015, a historic marker funded by the William G. Pomeroy Foundation was erected on the site of the former power house which supplied this early interurban trolley. 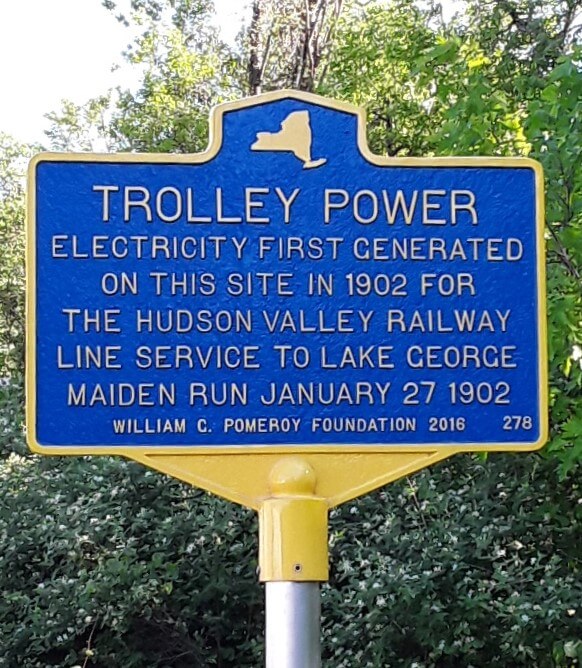 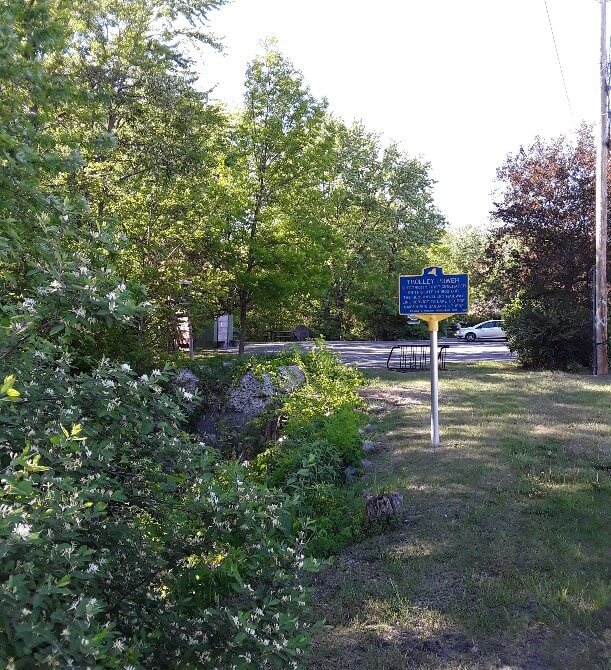 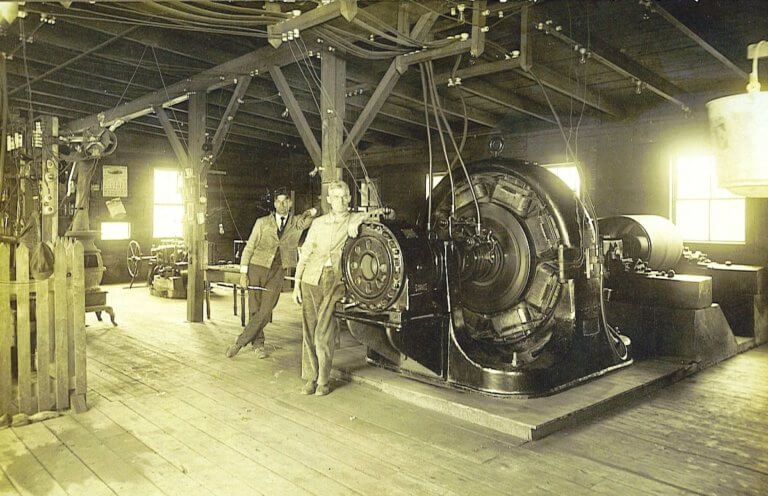