According to an article in the January 17, 1902 Nassau County Review, this Spanish-American War trophy was awarded to the Village of Freeport by the United States Navy. A report to the Village trustees gave the history of this Spanish 8-inch cannon “Trubia” as having been captured at Morro Castle by U.S. Naval Forces at Santiago de Cuba in 1898. Made in Spain, the cannon weighs 12,040 lbs.

A historical photo from the New York Heritage Digital Collection website depicts the Dandridge B. P. Mott Post No. 527 of Grand Army of the Republic (GAR) at the trophy unveiling ceremony. The photo caption reads:

On July 4, 1902, the Grand Army of the Republic Post unveiled the Spanish gun ‘Trubia,’ made in Spain in 1874, and captured by the American Navy during the Spanish-American War in 1898 at Santiago, Cuba. It hardly needs [to] be said that it stands at the junction of South Main and Church Streets. (Hilbert R. Johnson Collection)

Freeport History Encyclopedia refers to the triangle located at the South Main Street and Church Street intersection where the Trubia Rifle is located as “Century Square.” Dedicated in honor of Freeport’s centennial celebration of incorporation (1892-1992), Century Square was also the location of Freeport’s first school. The same source also adds that the Spanish-American War trophy was installed in front of the Smith & Bedell Store, and that it was the Store which was previously the site of the first school. Wikipedia also attributes a plaque marking the first school as located in front of the canon.

Grand Army of the Republic, Dandridge B. P. Mott Post No. 527 was chartered on December 2, 1884.  The post was named for Freeport resident Dandridge Beverly Pitts Mott, who died at the age of 17 in 1864 at Pine Mountain, GA, while under the command of General Joseph Hooker. In addition to unveiling Trubia, the D. B. P. Mott Post No. 527 participated in local parades, decorated the graves of soldiers, and dedicated an 1888 Civil War memorial in Greenfield Cemetery –the Encyclopedia explains. Originally, there were 16 charter members of the Mott post.  It was reported that 137 men were mustered into the post. By 1920, only 28 members remained. In 1934, Carlton J. Greenleaf, the last surviving member died.

As it pertains to Freeport’s Spanish American War record, The Freeport Memorial Library history refers to a memorial tablet with the names of veterans who died while serving in the Civil War, Spanish-American War, and World War I. Dedicated in 1928, tablet’s inscription reads: “In this Memorial / As in the hearts of the people of Freeport / The Memorial of the Men and Women who served in the / Wars of our Country will be enshrined forever.” 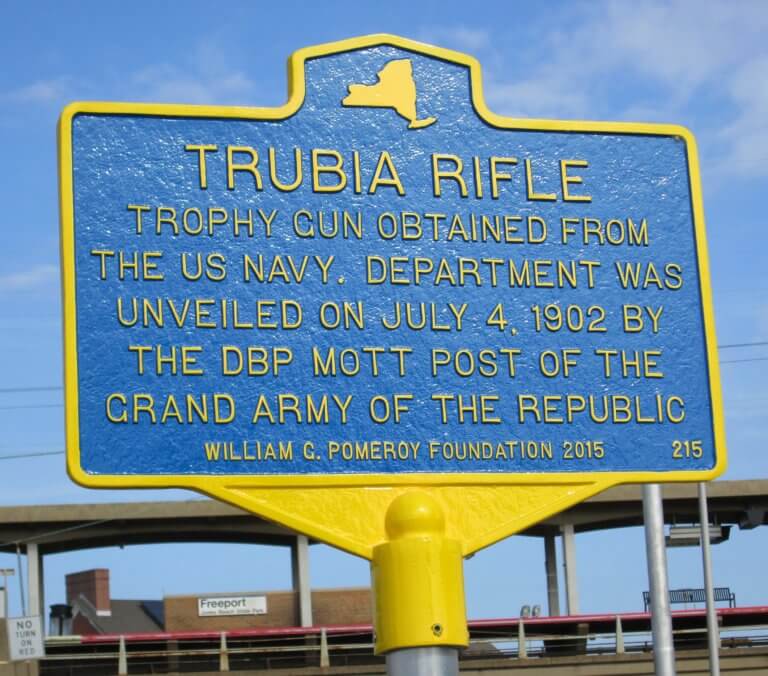 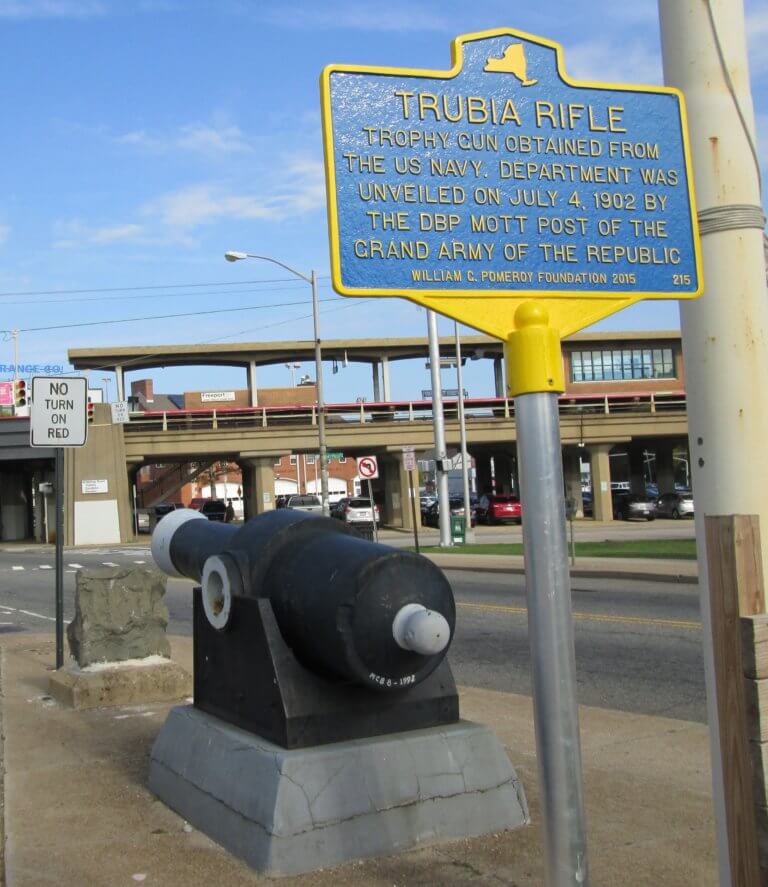