This English Georgian style building served as the home of the University Club from 1917-1986. The University Club was a social club for educated, upper class, men in the city of Syracuse. It featured a billiards room, tap-room, library, and sleeping quarters. The Club closed in 1986 and the building served various uses until 2010 when it became the Central New York Philanthropy Center. 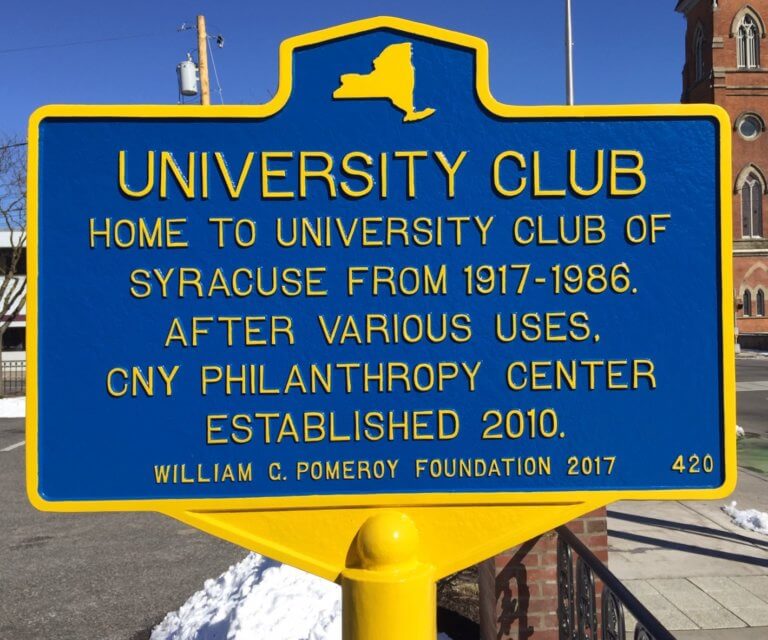 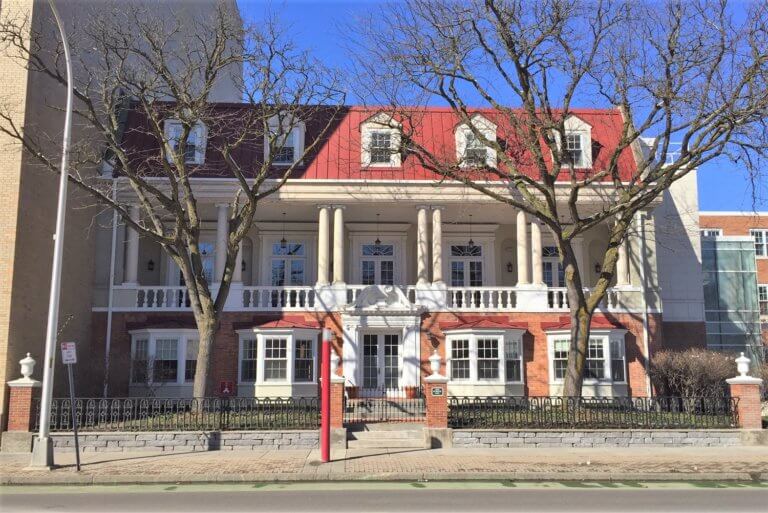