This United States Life Saving Station, formally located at Oak Beach, was built in 1872 for shipwreck rescue and in 1915 it became a Coast Guard Station. This station was active during prohibition, stopping bootleggers and rum runners as well as serving as lookout post during both World War I and World War II. It was decommissioned after 1945, and as of 2019 served as a local community center. It is the only surviving station of its kind on Long Island.

The other notable fact about the Station is that it has been moved twice. A Sanborn map shows the approximate locations of the Station during its subsequent moves. The original site which it occupied for shipwreck rescue from 1872-1898, is now in the middle of the islet. The second site, on the north side of the island, when it became a Coast Guard Station, was occupied from 1899-1932. Its third location, on the south side of the island, where it was later decommissioned and converted to a visitor center. 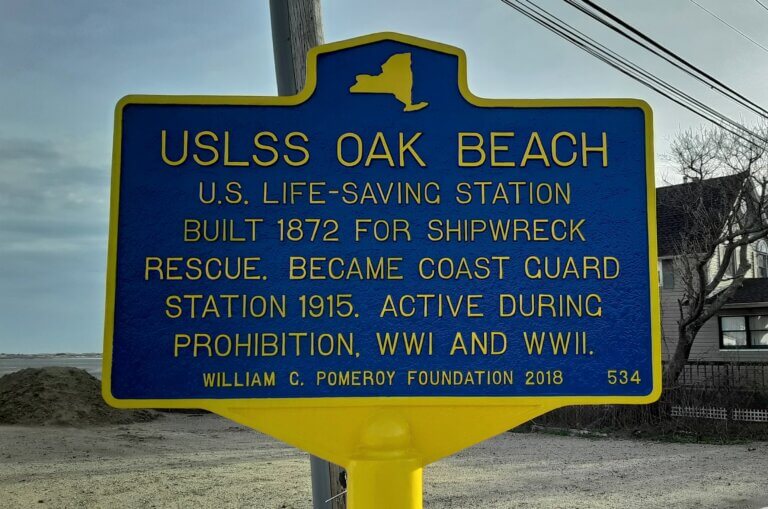 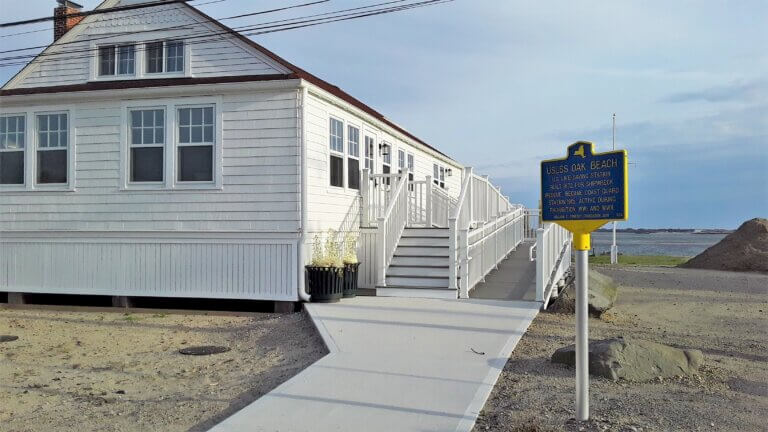