Historically railroads were important to development of communities and the Vestal Depot is no exception. This depot, built 1881, in the Carpenter Gothic Style for the Delaware, Lackawanna & Western Railroad Company, remained in operation for several years. Threatened with demolition, the Vestal Depot was moved in 1972 and was later restored and reopened as a museum in 1976. 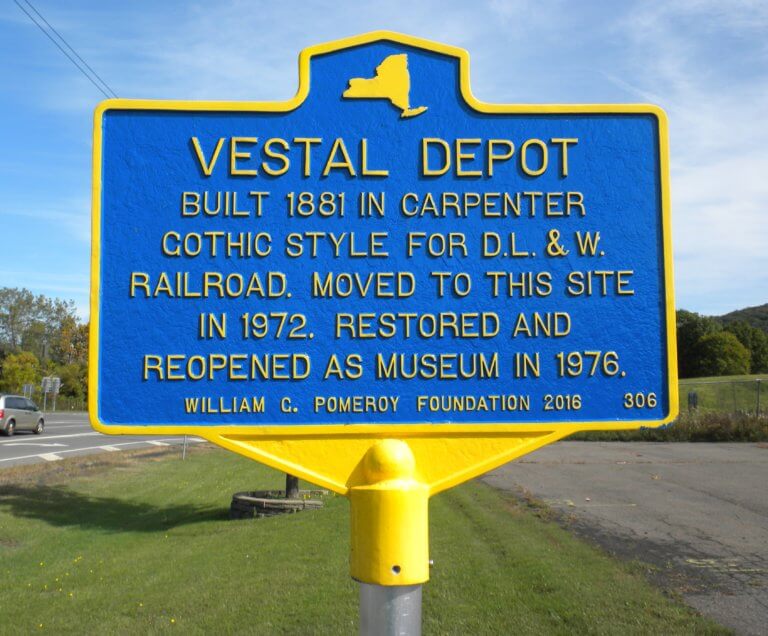 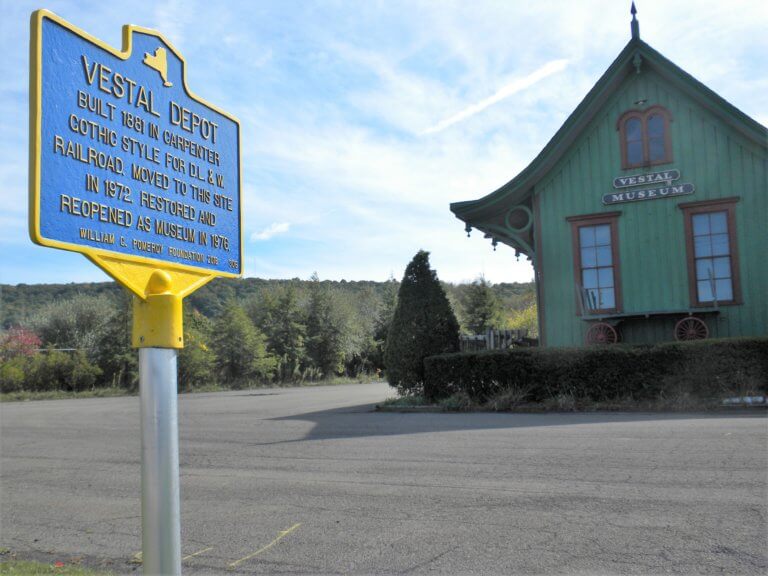