A few miles southeast from Charles City, Iowa along Timber Avenue is the girlhood home of Carrie Chapman Catt, a woman’s suffrage leader and pacifist who helped women nationally and internationally achieve the right to vote.

An October 18, 1981 article in The Des Moines Register relates that Carrie Chapman Catt was born on January 9, 1859 in Ripon, Wisconsin to Maria Clinton Lane and Lucius Lane. At the age of seven, she moved with her family to Charles City, Iowa. Her father built them a brick house a few miles outside of the city and named the land “Spring Brook Stock Farm” (The Goldfinch: Iowa History for Young People, vol. 11 no. 1, Sep 1989). This house was described as “a classic example of Victorian-era architecture and utilitarian design,” by the National Nineteenth Amendment Society. According to the 1995 National Register of Historic Places form for Lane, Lucius and Maria Clinton House, when Lucius initially built the house it was one and a half stories with a full basement. Catt lived here for the next few years until the 1880s.

While living at her parents’ home, Catt attended Charles City High School. During this time Catt learned that women could not vote. The Goldfinch relays a story that her father and his hired help dressed in their good clothes to go into town to vote in the 1872 presidential election. Her mother was in her “work dress”, so Catt asked her if she was going to vote in those clothes. Her mother then explained to Catt that women could not vote. After this incident Catt later said, “I never forgot that rank injustice done to my mother. I verily believe I was born a suffragist.”

After graduating high school, Catt was determined to go to college. Lacking the necessary funds to do so, she began to teach, wash dishes and work in a library to save up enough money (The Goldfinch). Catt attended Iowa State Agricultural College (now Iowa State University) and graduated with a degree in general science in 1880, she was the only woman in her class (The Des Moines Register). While at college as stated in The Goldfinch, she established military drills for women and formed a women’s literary society where women could write and practice speeches. After college, she became the superintendent of the Mason City school system in Iowa (The Des Moines Register).

At the age of 26 she married her first husband, Leo Chapman, publisher and editor of the Mason City Republican newspaper. She joined her husband’s paper and began her own column titled, “Women’s World,” where she wrote about women’s rights and life (The Goldfinch). This marked her official start to fight for suffrage publicly. Chapman and Catt were only married for two years, when he died of typhoid fever (The Des Moines Register).

During the late 1800s, Catt began lecturing on women’s rights and joined the Iowa Woman Suffrage Association. She married her second husband, George Catt, an engineer who happily supported Catt’s ambitions for women (The Goldfinch). She also became extremely active in the National American Woman Suffrage Association (NAWSA). The Iowa State University Archives website claims “she was a delegate to its national convention in 1890, became head of field organizing in 1895 and was elected to succeed Susan B. Anthony as resident in 1900.” The Goldfinch also mentions that Catt served as president until 1904 and then again from 1915 to 1920. During this time, she founded the International Women’s Suffrage Alliance and served as its president. Through these organizations, Catt spoke in dozens of states throughout the US and in many countries worldwide about woman’s suffrage (The Goldfinch).

In 1919, Catt delivered an address to the legislatures of the US to the effect that woman’s suffrage was inevitable. In the same year, she formed the League of Women Voters in preparation for when woman’s suffrage was achieved in order to “educate women so they could participate in public affairs and vote intelligently” (National 19th Amendment Society Archives). In 1920, the 19th amendment was ratified to the US Constitution giving women the right to vote.

Following that significant milestone, Catt published a book entitled, Woman Suffrage and Politics: The Inner Story of the Suffrage Movement, with Nettie R. Schuler in 1923. Catt was extensively recognized for her work, according to the Iowa State University Archives. She was put on the cover of Time magazine in 1926. In 1941, Catt “received the Chi Omega award at the White House from her longtime friend, Eleanor Roosevelt.” She was added to the Iowa Women’s Hall of Fame in 1975 and the National Women’s Hall of Fame in 1982. She was also named “one of the 10 most important women of the century by the Iowa Centennial Memorial Foundation” in 1992. These are just a few of many honors Catt achieved due to her tremendous efforts for women’s suffrage. Alongside her career in woman’s suffrage activism, she also was a supporter of world peace and devoted many years of her life to that cause as well. On March 9, 1947, Catt passed away from heart failure at her home in New Rochelle, New York at the age of 88 ( The Goldfinch).

As of 2020, Carrie Chapman Catt’s girlhood home in Charles City, Iowa served as a museum dedicated to educating the public about Catt’s life and work for woman’s suffrage. Owned by the National Nineteenth Amendment Society, “a volunteer, non-profit organization based in Charles City” since 1991, they have restored the house to look much like the original 1860s home (National 19th Amendment Society Newsletter, Mar 1992). The home was added to the National Register of Historic Place in 1995. 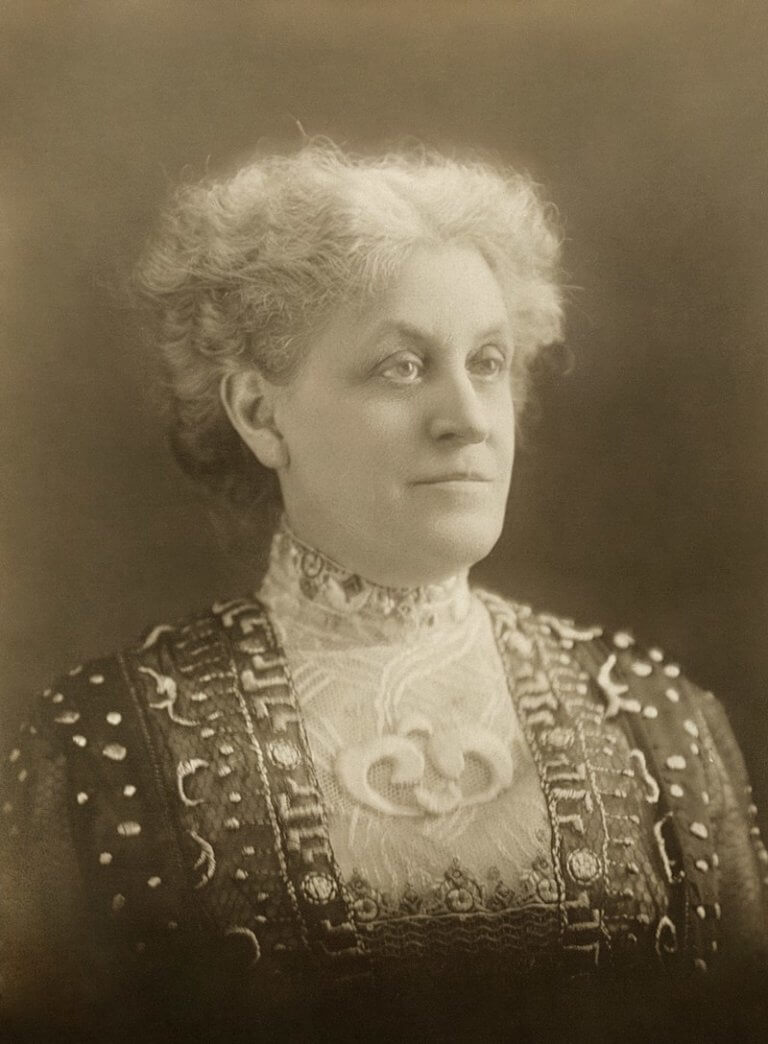