During the War of 1812, the American forces recognized the strategic significance of Sackets Harbor. Given its proximity to Lake Ontario, this led them to establish the area as a shipyard and naval base. A system of forts constructed over time formed a horse shoe shape around the main harbor (A Map of Sacketts Harbour, Patrick May, 1815).  One of the forts created to defend attacks from both land and water on the western side of the harbor was Fort Kentucky, also known as Mud Fort. This fort was part of a string of four fortifications that helped to form the outer boundary of the harbor on land. The other forts in this thread were Virginia, Chauncey and Stark (New York State Military Museum and Veterans Research Center website, 2006).

Fort Kentucky was nicknamed Mud Fort by the soldiers stationed there from 1812 to 1814 (Searching for the Forgotten War – 1812, Patrick Carsten, 2011). This nickname could possibly be due to the fact that Fort Kentucky was a minor redoubt, or, earthen fortification. This meant that fort walls were “constructed from local soil served to quickly, cheaply, and effectively shield troops and artillery from enemy eyes and projectiles” (Reconstructing the Erosional History, Corey Hovanec, 2015). Soil is capable of absorbing ammunitions of all types but especially those used during the War of 1812 because their projectile motion was much slower than those in modern times. Within Fort Kentucky, Virginia, Chauncey and Stark there were a total of 20 guns that outfitted the redoubts (New York State Military Museum and Veterans Research Center website, 2006).

Nothing remains of Fort Kentucky in Sackets Harbor today. Historians are aware it existed, primarily due to enduring map records and letters written from American soldiers. 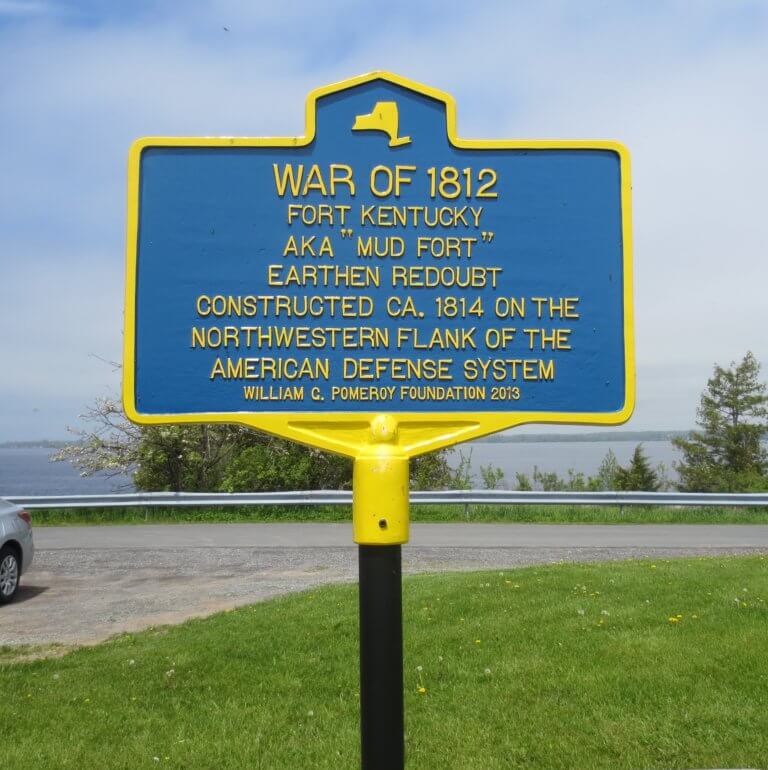