During the War of 1812, the U.S. established what was once considered the world’s the smallest naval base (Watertown Daily Times, 31 May 1947). This base was nestled in the eastern part of Lake Ontario in Sackets Harbor, NY. The naval base was built in a horseshoe shape surrounding the harbor and many of the forts at this base were built using redoubts or earthworks, man-made soil fortifications. Construction of forts began in the early autumn of 1812.

One of the first forts to be built was Fort Tompkins, named after the Governor of New York, Daniel D. Tompkins, who served as the fourth governor of New York from 1807 to 1817. Fort Tompkins occupied the tip of the harbor and was adjacent to the shipyard. Due to its location, the fort covered any approach from the northwest to northeast, providing a major strategic advantage (An Authentic History of the Second War for Independence, S.R. Brown, 1815). It  was manned by a regular artillerist and some volunteers (The History of the War, J. Russell, 1815). Some historians believe that Fort Tompkins played an important role in the attack on Sackets Harbor. Along with the regular gunners, this fort was also outfitted with a 32 pound cannon that “took a heavy toll on the British assault force” during the siege (The War of 1812, Donald R. Hickey, 2012).

In 1814, Fort Tompkins was retrofitted for future combat. Master Commandant William N. Crane, second-in-command of the naval base, reported that the modifications at the fort were almost completed and that the blockade armament had increased. In an 1814 letter from first-in-command Isaac Chauncey, he stated that Fort Tompkins had very much improved and now had five 32 pound cannons mounted (Letter from Isaac Chauncey 1814, Sackets Harbor Battlefield State Historic Site).

Once the war ended in 1815, the naval base was still utilized however over time, as the need for fortifications on Lake Ontario diminished, Fort Tompkins faded into obscurity and today is no longer standing. In the winter of 1948, a reproduction of the blockhouse that Fort Tompkins had was built for the visitors of the Sackets Harbor Battlefield (Watertown Daily Times, 22 Apr 1990). It was not an exact replica, but the outside did resemble the exterior appearance of the original fort. Apparently it was not built to last, as it was removed after the winter of 1949.

While the fort no longer exists, visitors can still walk the historic grounds where the fort once stood. 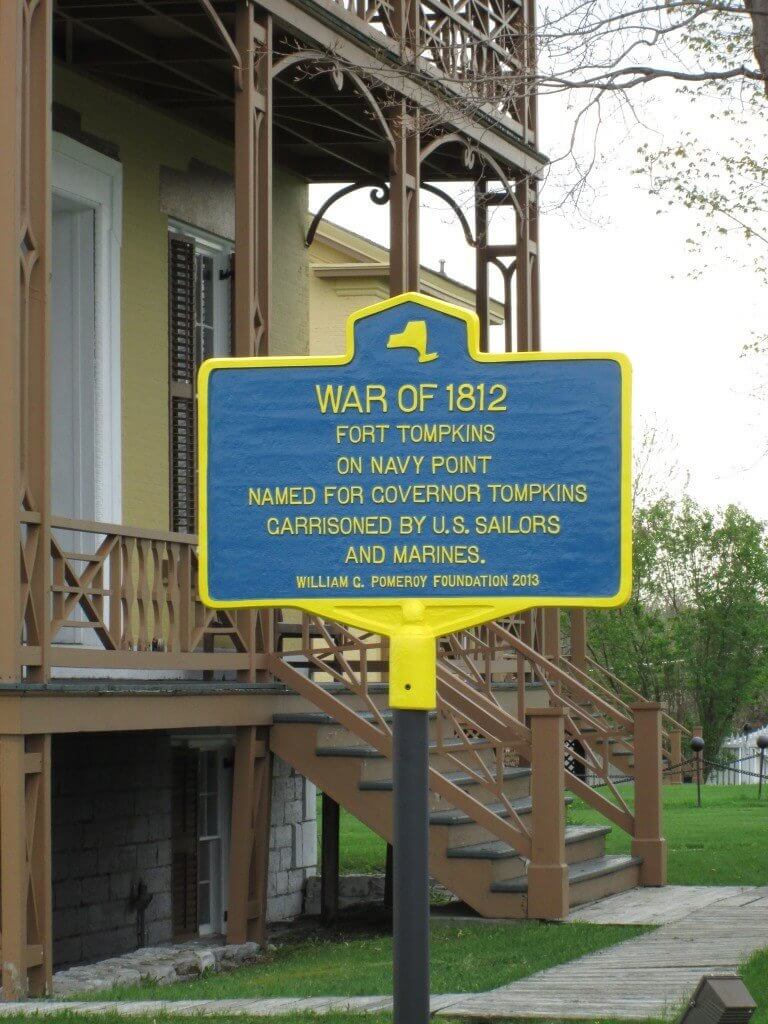 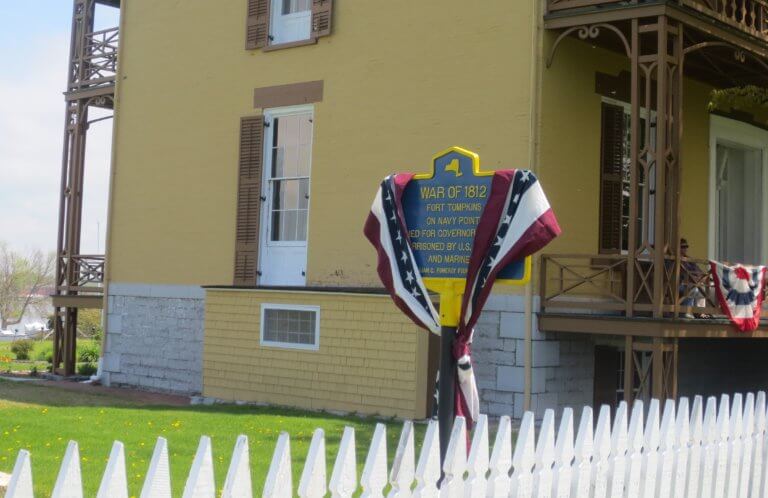