During the War of 1812, the British captured Ogdensburg, NY. In the aftermath of the skirmish, U.S. Army Major Benjamin Forsythe’s rifle troops and local citizens sought refuge at Kellogg’s Inn on Feb. 22, 1813. The village remained undefended for the rest of the war and continued trading with the British.

Throughout the war, the St. Lawrence River was an important trade and supply route for the British based in Canada. As a result, the village of Ogdensburg (then spelled Ogdensburgh) became the base for a number of raids on Canadian villages by local militia as well as Major Benjamin Forsyth’s rifle regiment. (Heitman, 1903) Canadian and U.S. historians have sometimes remembered these raids in different lights, as with the war in general. One Canadian historian in 1901 described the Americans as an “unscrupulous enemy…” who was “…engaged in the work of midnight robbery and murder on every convenient occasion.” The author extended this general description to Forsyth specifically. (Hannay, 1901) A 19th century American source, on the other hand, highlighted one of Forsyth’s larger raids which freed deserters from a jail in Elizabethtown (The Pictorial Field-Book of the War of 1812, Lossing, 1869), giving the impression of a more heroic goal than the mundane aims of interrupting supply lines and conducting guerrilla warfare.

On February 22, 1813, British soldiers along with some of their native allies left from Prescott in Canada, crossing the frozen St. Lawrence River, to attack Ogdensburg under the leadership of Lieutenant-Colonel McDonnel. This retaliation had the aim of halting US raids across the border which were using the village as their base of operations, particularly Forsyth’s riflemen. (Brown, 1815) Forsyth received intelligence of the pending attack and requested reinforcements, but he was unable to secure any as commanders considered the area a low-priority compared to other fronts. (Lossing, 1869) With limited soldiers, Forsyth positioned his troops for a frontal assault, but the British attacked the incomplete fortifications on the undefended side of village. They walked up the road with no resistance and turned captured artillery pieces on the US forces. Forsyth soon retreated with light losses and wrote a letter informing his superiors of the loss of Ogdensburg and requesting reinforcements from Colonel Macomb. (Brown, 1815)

After the British gained control of Ogdensburg, many citizens fled with the militia in fear, mostly in the direction of what is now the village of Heuvelton. After some skirmishing Forsyth and his company retreated up the river and towards Black Lake. While one source states he retreated to “Thruber’s Tavern, on Black Lake…” (Lossing, 1869), a letter by Louis Hasbrouk to his wife, written after he fled Ogdensburg, reports that Forsyth and a number of civilians were found at an inn operated by a man named Kellog. Another letter by a local witness also noted the presence of Forsyth, his riflemen, and many Ogdensburg locals at Kellog’s. (Hough, 1853) This inn was rented from a J. Averill in the town of Dekalb, now Heuvelton. (Goff, Potter, et al. 1814; Tate, 1846)  Forsyth and his men soon proceeded to Sackets Harbor while most of the civilians like Louis returned to their homes, some of which had been looted, two days after the battle. (Hasbrouk to Wife, 1813)

A business directory from 1879 claims that Ogdensburg residents, numbering 70 total, also sought refuge at Kellog’s after hearing reports of British allied Indian scouts crossing the St. Lawrence in 1812. (Childs, 1879) While this is certainly plausible as there were numerous such scares preceding the battle (Hough, 1853), it is also possible that this was referring to the same Indians which Louis Hasbrouk spoke of in his letter after the battle of Ogdensburg. He reported that six Indian scouts “went through” the nearby settlement of Oswegatchie and frightened the local people, but nevertheless Hasbrouk and others returned home to no apparent danger the next day. (Hasbrouk, 1813)

Ogdensburg remained pacified and willing to trade with the British for the remainder of the war. (Lossing, 1869) 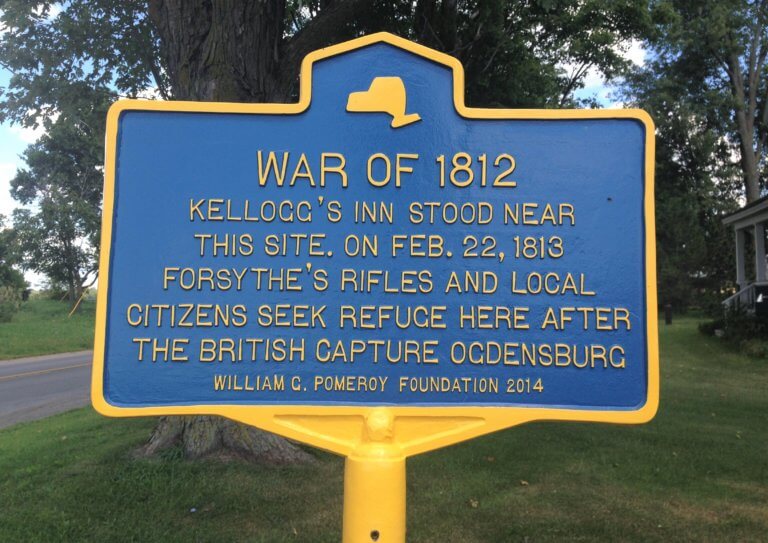 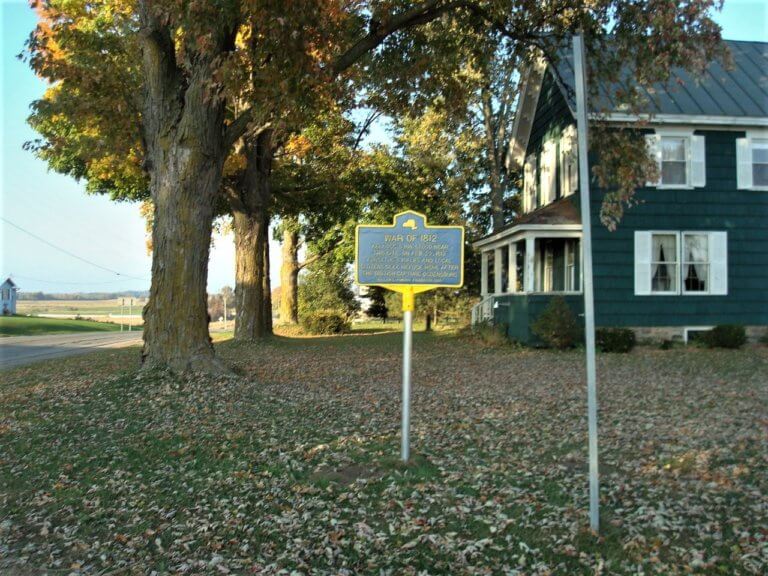