During the War of 1812, there was an encampment of 80 New York State militiamen under the inspection of Lt. Col. Benedict at this site. They stayed for 10 days before marching to Ogdensburg, NY.

Upon the outbreak of the war, Congress authorized the levying of 100,000 men from state militias on April 10, 1812. (A History of St Lawrence and Franklin Counties, Hough, 1853) In response to this demand, General Jacob Brown wrote to Lieutenant Colonel T.B. Benedict of De Kalb on May 2, ordering him to muster a company of about 80 men including non-commissioned officers. These soldiers were to be minutemen, ready to muster within a minute’s notice, and Benedict soon gathered them in De Kalb per the General’s orders. When they assembled at De Kalb very few of the militia members had arms or supplies and Benedict was obliged to purchase supplies at his own expense. (Benedict, 1819)

Officers of the company included Captain Darius Hawkins of Herkimer County, Lieutenant John Polley of Massena, and Lieutenant Elisha Griffin of De Kalb. (Hough, 1853) Militia rolls show that these officers and most of the other men were summoned to serve three month tours of duty. (Selected Militia Rolls, 1812)

After the company assembled at De Kalb, they remained there for ten days, with Benedict procuring what supplies he could afford to prepare his troops for marching. Soon under orders from General Brown, the company marched to Ogdensburg, contending with exceptionally muddy roads, a difficulty exacerbated by their lack of supplies. (Benedict, 1818)

In June of that year, when the War of 1812 began, Benedict was assigned a regimental command in General Brown’s brigade. His regiment was assembled in Ogdensburg and they initially faced a similar lack of supplies as Benedict dealt with in De Kalb. (Benedict, 1819) 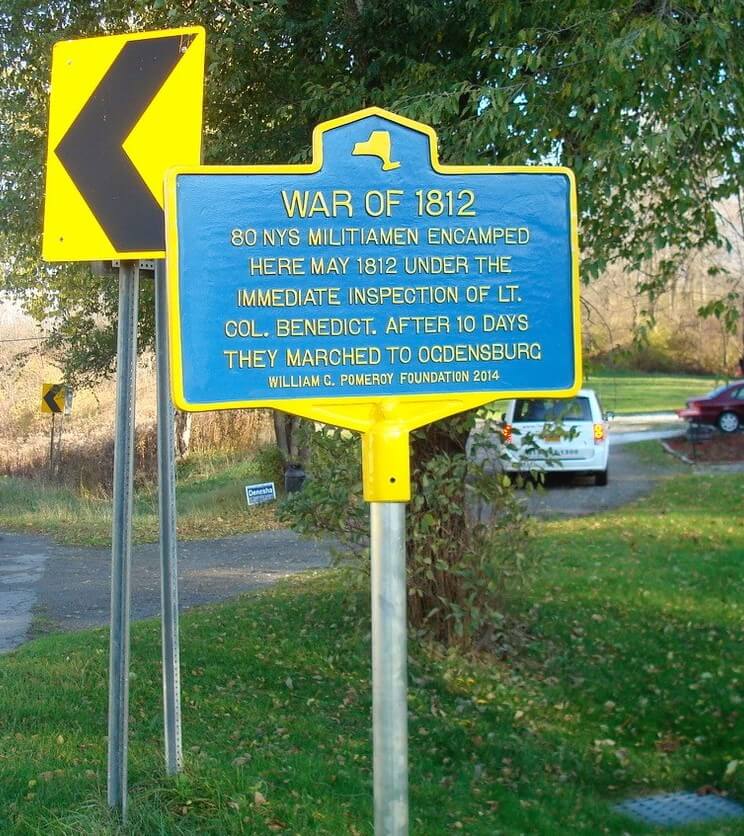 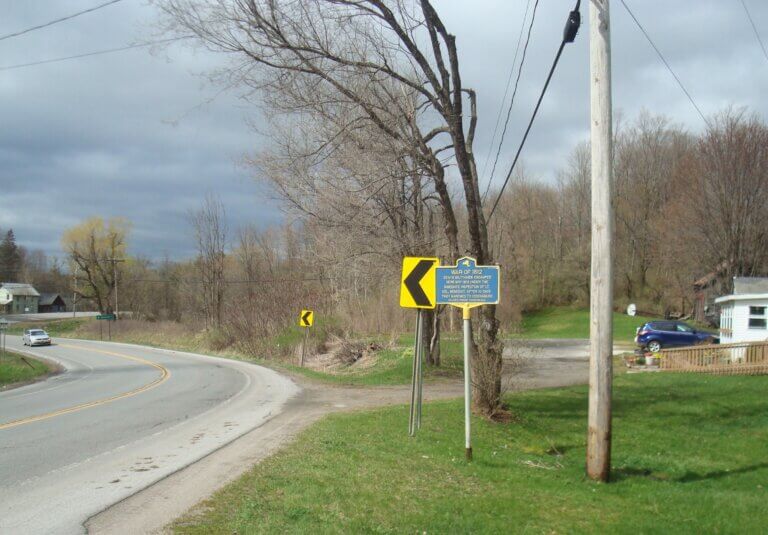