The Battle of Plattsburgh, also known as the Battle of Lake Champlain, resulted in a decisive American victory against the British fleet. The victory helped conclude peace negotiations between the United States and Britain, ending the War of 1812.

This decisive victory occurred on September 11, 1814 on both land and water in the town of Plattsburgh and on Lake Champlain. According to the Encyclopedia of the War of 1812 (1997), the area was a “natural gateway to the United States” due to its connection to other waterways through Lake Champlain. The British were hoping to take advantage of this connection and move closer to impede upon American food supplies, while also increasing their territorial gains. By continuing this movement southward, the British eventually ran into American forces. On land, the American forces had been able to secure themselves between the Saranac River and Lake Champlain in the southern part of Plattsburgh, and as a result, had water protecting them on three sides. Their focus for defense then turned to building three forts and two blockhouses on their open side, which would serve as a barrier between them and any attacking forces. As the British continued to move closer to the town, reinforcements were called, and they came in the form of volunteers from Vermont and New York, along with a naval force to defend Lake Champlain.

The battle began on the water at 9 A.M., and by 10:30 A.M., the American forces had claimed victory. The attack on land occurred at the same time, but when the British naval forces began to retreat, so did the land forces. It was believed by the British that they would be unable to hold Plattsburgh without also being in control of Lake Champlain. An American by the name Simeon Doty, who witnessed the aftermath of the battle, describes what he saw in an account complied by the book Recollections of Clinton County and the Battle of Plattsburgh: 1800-1840 (1964). According to Simeon, he was under command of Captain Joseph Hazen and arrived on Crab Island to help take care of the injured and bury the dead. He noted that the dead were “broken up and smashed up a great deal,” so much so that his brother apparently fainted upon seeing the carnage. Simeon went on to note that the dead were buried in long lines on the island, and it did not seem to matter whether they were “red coats or blue coats.”

A few days after the battle, a Burlington, Vermont newspaper titled Sentinel and Democrat published an article on the battle. Appearing in their September 16, 1814 issue, it was called “Glorious Intelligence” and praised the victory that was achieved by the American military forces. The article continued its praises in the next line, this time focusing on the commander of the naval forces, saying, “The names of Macdonough and of his gallant officers…will be held in everlasting remembrance.”

According to the Encyclopedia of the War of 1812, this victory by the United States prevented the British from gaining any territory in the north, and this ended up being crucial when it came time to negotiate the end of the war. Since the British did not have any claims to land, the United States was able to peacefully end the war with the Treaty of Ghent.

The marker was installed in 2014 outside the Battle of Plattsburgh Association’s War of 1812 Museum. In 2018 it was featured in episode 1 of the Showtime miniseries Escape at Dannemora, starring Patricia Arquette and Benecio del Toro. 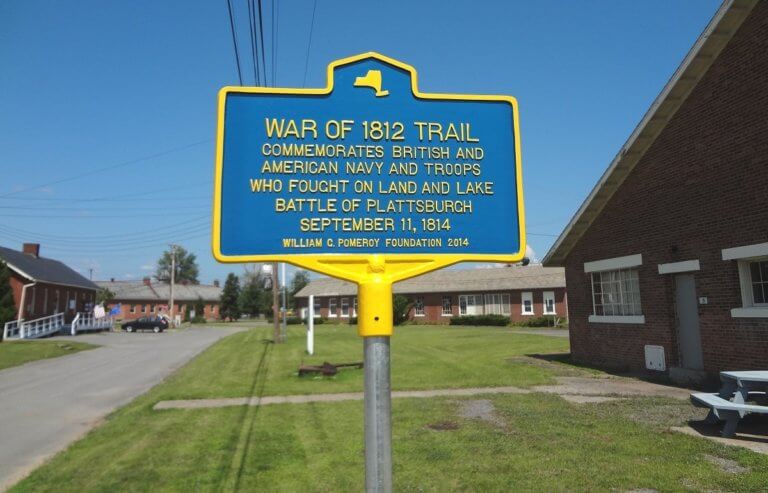 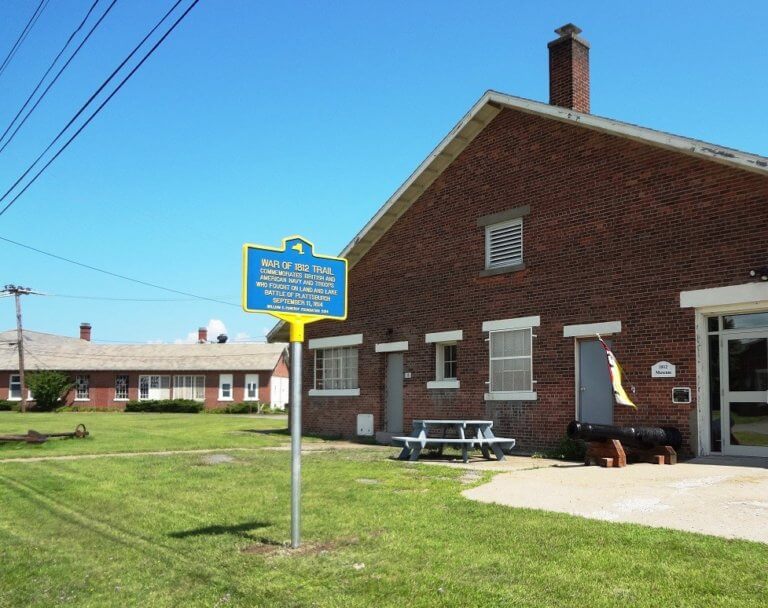