Established in 1854 by the local First Presbyterian Church, the Washingtonville Cemetery is the final resting place of many of the community’s residents, as well as several military veterans. Among those buried here is Revolutionary War soldier, Major Nathaniel Strong (1737-1778) who was murdered by Loyalists in 1778 led by the notorious Claudius Smith.

By declaring their independence in 1776, the American Colonies initiated a conflict with Great Britain. While some colonists desired freedom and supported independence, other colonists, known as Loyalists, were devoted to the Crown. During the American Revolution, Loyalists often stole supplies, burned buildings, and posed a significant threat to the success of American forces. Among those wreaking havoc in New York was Claudius Smith and his band of Loyalists known as the “Cowboys of Ramapos”. On October 6, 1778, Claudius Smith and his group, murdered American Revolutionary soldier, Major Nathaniel Strong. The details of the incident are recorded, errors intact, in a report of the Orange County Coroner, featured in the Public Papers of George Clinton:

Mrs. Strong Saeth that about One OClock She heerd Sum men Knocking at the Dore and Braken in the window, on which hur Husband got Up and askt who was there; they answered a Friend on which they ordered him to Lay Down his arms and open the Dore and they would not Hurt him; he answered he would if he Could but that they had so Boake it Did not know if he Could; they Told him to lay Down his Gun; he Said he had ; on he Stept Forred and was Shot by the party that had attackted the House and further She heared hur Husband Say it was Claudius Smith.

Eventually Claudius Smith was apprehended and hanged on January 22, 1779 in Goshen, New York. Legends persist that during the construction of the Goshen Courthouse in 1841, Smith’s skull was exhumed from his grave and embedded in masonry over the front door. 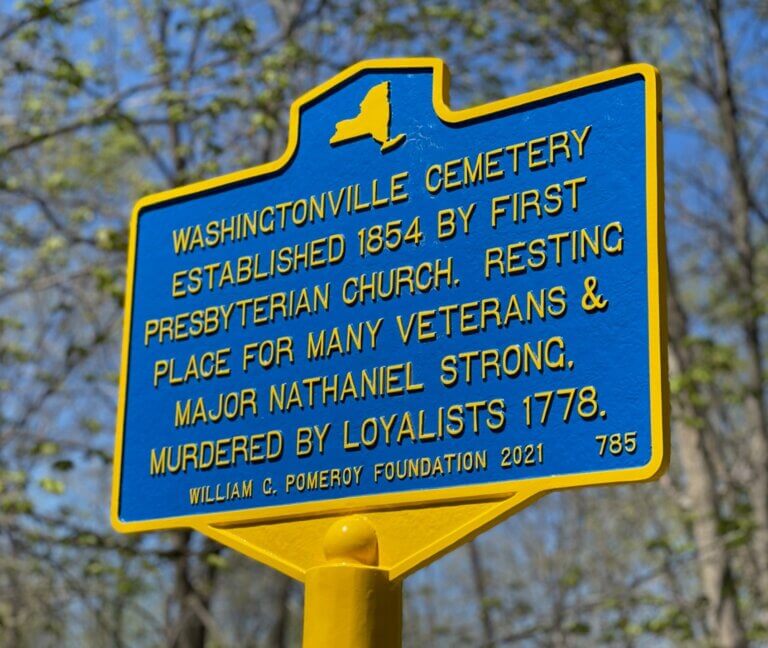