The Wassaic Charcoal Pits are all that remain of the Reed, Gridley & Co. Iron Works, which remained open to the mid-to-late 1820s. The charcoal made in the pits was used to fire the Gridley Blast Furnace. Constructed of stone, the pits are about 30 feet in diameter with an entrance about six-feet high. It took about three weeks of slow burning to transform wood into charcoal. This charcoal was used for fuel in the blast furnace because of its low sulfur content which is harmful to iron.

Gridley Blast Furnace was included in a Phase IA/IB Archaeological Survey Silo Ridge Project Parcels 1,2, and 3 and Phase II Archaeological Evaluation West Lake Amenia Road Historic Site (2014) a cultural resources survey completed by the Town of Amenia in conjunction with the New York State Office of Parks, Recreation, and Historic Preservation (NYSOPRHP) and Historical Perspectives, Inc. Through documentary research and field reconnaissance, the survey identified 11 charcoal hearths and logging roads that allowed charcoal to be brought down out of the mountains to supply local furnaces. These features were found along the western ridge of the Northern Part of the project site. Although it was never finalized, interestingly, the original NYOPRHP reviewer, Cynthia Blakemore, reported her opinion in project correspondence that these iron-ore-processing elements might form the basis of a future Archaeological District, referred to as “the Peekskill Archaeological District”.

More specifically, the survey reported that Gridley Mine, situated at Amenia adjacent to the old Amenia mine, opened in 1825. Proprietors in 1877 were N. Gridley and Son, Wassaic, NY. Operations in 1877 included one 15 horsepower engine, one tubular boiler 30” x 12”, one No. 5 Knowles pump, 4” suction. Ore drawn up from the mine in carts was washed in a Newbould washer; transported in wagons two and one half miles to the furnace at Wassaic, where it was smelted into charcoal pig iron. Capacity in 1877 was 8,000 tons per year.

In addition, more history about the mine was provided in the survey. In 1825 the N. Gridley and Son iron works –also referred to as the Deep Hollow Iron Factory or Wassaic Furnace –was established at the hamlet of Wassaic, immediately south of the project site. Nathanial and Noah Gridley, Joseiah Reed, and Leman Bradley built their works covering several acres, purchased the Amenia mine, and began iron production. When Gridley and Son built their furnace in 1826, it was 32 feet high and nine feet across. It was driven by an overshot wheel powered by the Wassaic Creek, measuring about 22 feet in diameter, and six feet at face. Two blowing cylinders provided for warm blast. Brown hematite ore from Amenia was used alone or mixed with other ore to produce iron. The process required about two tons of ore, limestone, and roughly 150 bushels of charcoal to produce one gross ton of iron.

In 1844 the iron works and mine was purchased by Noah Gridley and his son, William, who continued the venture. Over the 40 years that Gridley’s furnace was in operation, it was also noted by Amenia Historical Society, the hills surrounding Deep Hollow, including those in the western part of the project site, were heavily denuded in the harvest of timber for charcoal. According to the Survey history, “Noah Gridley’s wealth allowed him to essentially grow the community of Wassaic by building a chapel, luring Gail Borden’s Condensed Milk Factory to the town, and convincing Commodore Vanderbilt and Jay Gould to continue the train north. The village of Wassaic essentially became a company town, with Borden and Gridley bolstering the local economy.”

A historic photo provided by the Town of Amenia showed the 150-year old uncommon charcoal furnaces at the Wassaic end of Deep Hollow Road.  Although they were no longer used, the 1898 photo showed them as they appeared. A similar photo of the Wassaic Charcoal pits appeared in an earlier survey, Phase I Archaeological Survey Silo Ridge Resort Community Town of Amenia, Dutchess County, NY (2006) now identified as “kilns”. 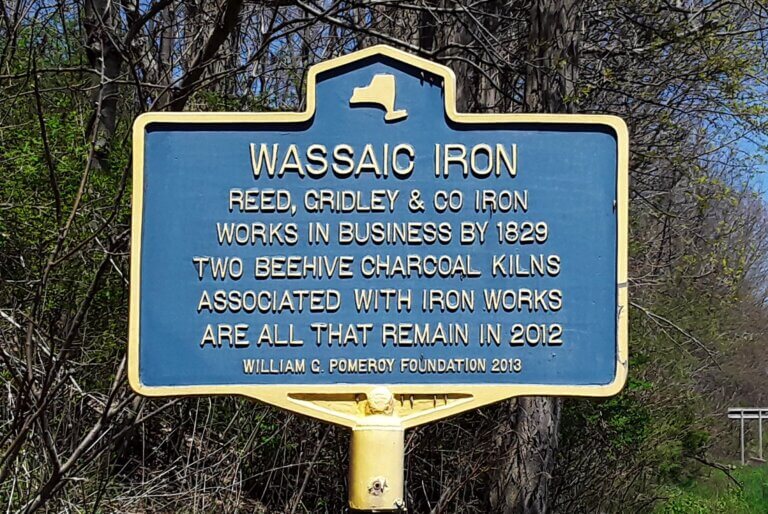 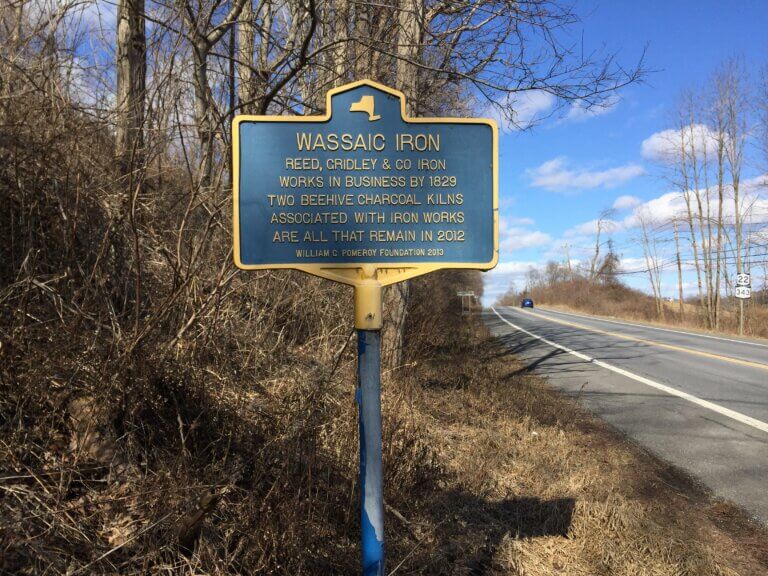 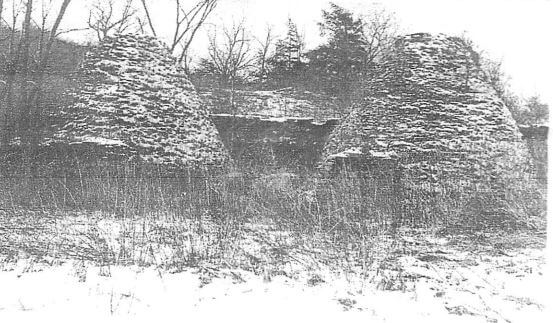