William H.H. Crosier was a resident of Skaneateles who served during the U.S. Civil War. He enlisted in the Union Army on August 20, 1862. He was mustered into service as a Corporal in Company G of the 149th New York Infantry. He was wounded in the battle of Lookout Mountain but returned to military service and was later promoted to Sergeant on January 1, 1864. In an engagement on July 20, 1864 at Peach Tree Creek, Georgia, Sergeant Crosier, was severely wounded and ambushed by Confederate soldiers. With complete disregard for his own life, he went behind enemy lines and retrieved his regiment’s flag. For this heroic action he was later awarded the Congressional Medal of Honor. 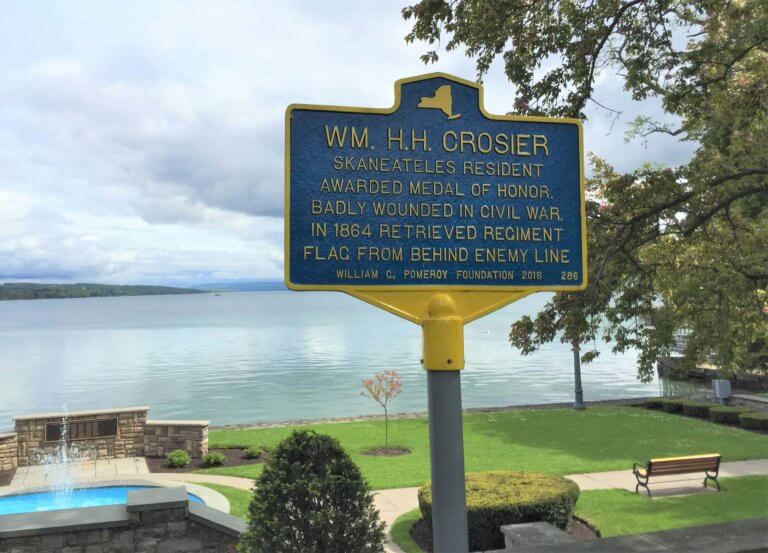