Revolutionary War General and commander of the Suffolk County Militia, Nathaniel Woodhull, was fatally wounded after trying to defend Long Island against the British in August 1776. Woodhull was laid to rest only a few miles from here.

Richard Mather Bayles’s Historical and Descriptive Sketches of Suffolk County (1874) profiles Gen. Woodhull as a descendant of Richard Woodhull, born in Mastic on December 30, 1722. His wife was a sister of Gen. William Floyd, a signer of the U.S. Declaration of Independence. Serving under Gen. Abercrombie, Woodhull entered the field with a rank of major during the French and Indian War. It is supposed that he joined the Army in 1758, serving in the Battle of Ticonderoga, capture of Fort Frontenac, and in Bradstreet’s Expedition of 1764. In 1760 he was promoted to Colonel of the Third New York Regiment, a regiment of provincial reinforcements raised to aid Gen. Amherst in a final campaign to conquer Montreal.

Prior to the American Revolution, Woodhull retired to private life. In 1769 he was elected to the general assembly, later heading the delegation from Suffolk County at the New York Provincial Congress. On August 28, 1775, Col. Woodhull was elected president of the body, a position which he retained the following year. The Congress of 1775 reorganized the militia of the colony, now appointing Woodhull general of the brigade which was formed from the militia of Suffolk and Queens Counties. On August 10, 1776, he left his seat on the Provincial Congress to serve in the military operations on Long Island.

The story of the demise of the General is also related by Bayles. While waiting for reinforcements to assist in driving eastward-pasturing cattle on the western part of the island to secure them beyond the reach of the enemy, a tactic implemented to delay their retreat, he was fatefully captured near Jamaica on August 28, 1776. Despite his surrender, he was “inhumanely set upon by the party who took him, receiving severe wounds on the arms and head.” As a result of this “barbarous treatment”, on September 20, 1776 he died from the effects of his wounds. The Mastic Peninsula Historical Society local history timeline adds that he died at his house, which was located in the Dutch Village of New Utrecht, now Brooklyn in 2019. He is buried on the former grounds of his ancestral home in Mastic, the Richard Woodhull estate, between Hemlock and Daisy Drive on the south side of Neighborhood Rd. 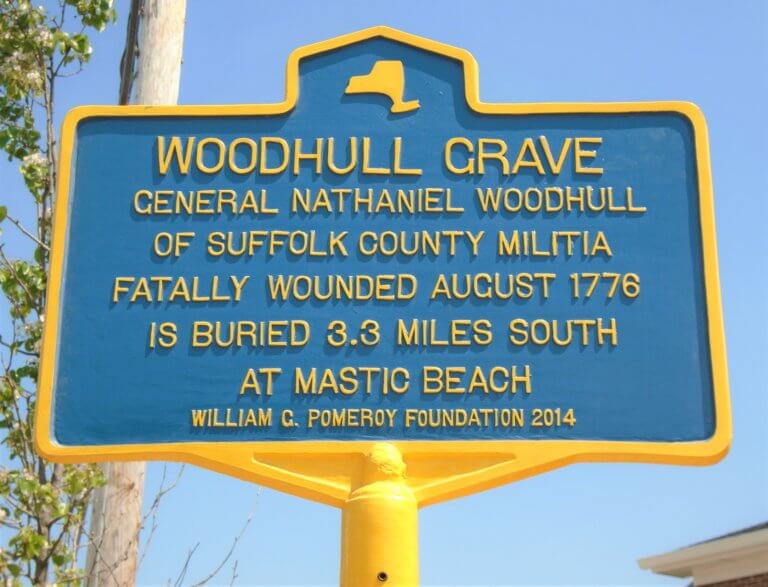 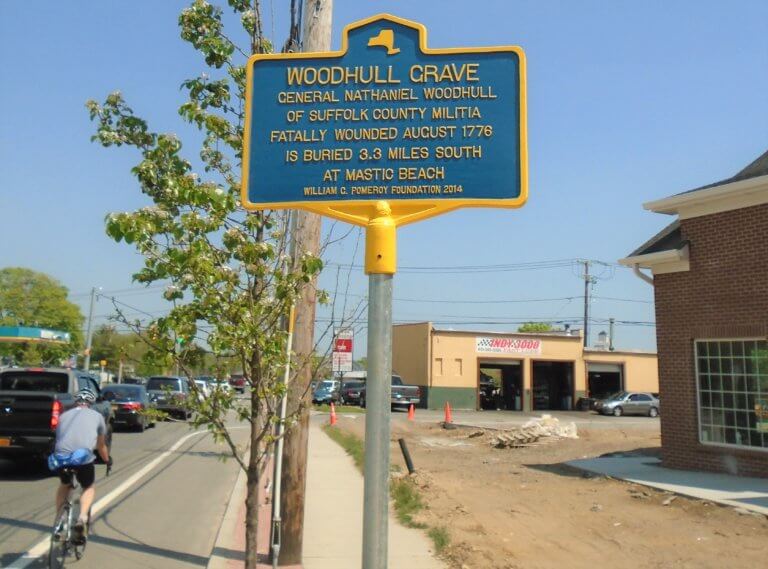