The Village of Deferiet, NY was founded as a mill town in 1900 following the establishment of the St. Regis Paper Company in 1899 (St. Regis News, Jun-Jul 1976). Deferiet is located on an island in the Black River. Due to its isolated location, it failed to build any substantial population. The paper company employed roughly 900 people, a majority from Deferiet. According to the U.S. Census, Deferiet’s village population in 1940 was 620 people and in 1950 was 616 people. Despite its small size, when the United States entered World War II in 1941, 157 Deferiet citizens enlisted. It was believed by many “that no community in the USA contributed a higher percentage of its population to military service in World War II than Deferiet.”

According to Janet Zando, local historian and Mayor of Deferiet, during World War II, a “Roll Call” sign stood near the village entrance and “listed the names of servicemen and women who were in the Armed Forces or serving with the Red Cross” (Letter from Janet Zando, Village of Deferiet, 8 Jan 2015). Of these 157 individuals, ten never made it home (Letter from Janet Zando). In May of 1946, nearly a year after the conclusion of WWII, a memorial service was held to honor those who had perished during the conflict. On August 4, 1946, the town held a Welcome Home dinner for the local veterans.

Deferiet may have had a small population during the war, however this did not prevent a significant number of the local citizens of this community from volunteering to fight for their country. 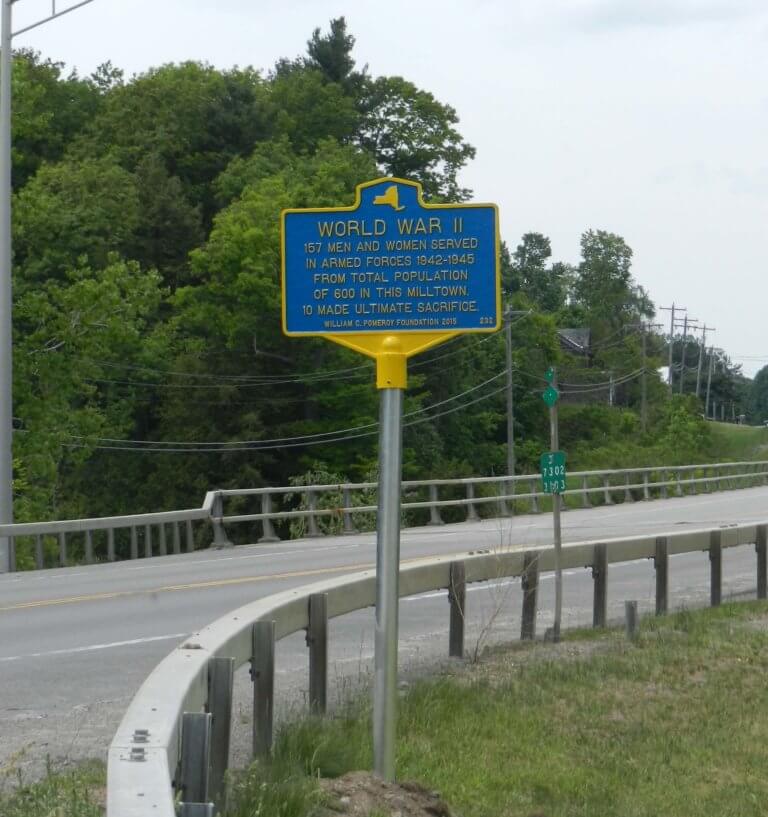