Soon after the attack on Pearl Harbor the United States quickly mobilized for war. As a result, numerous factories sprung up around the country producing uniforms, munitions, planes, ships, tanks, and many other supplies needed to aid the allied forces in the war. At this site in Greece once stood the Odenbach Shipbuilding Corporation, which was built in 1942. This complex produced barges and tankers for the war effort and launched them into a channel into Lake Ontario. 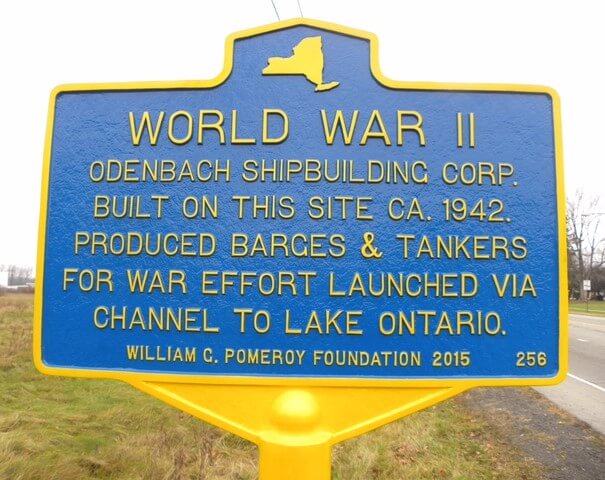 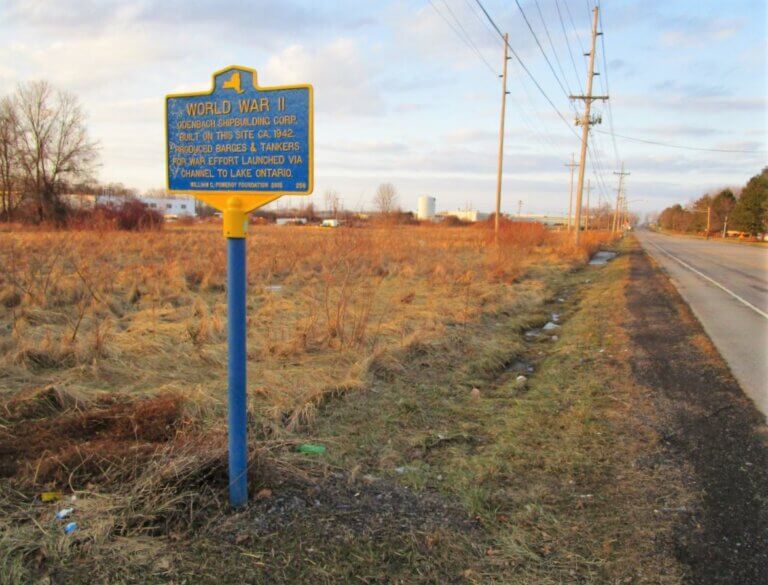 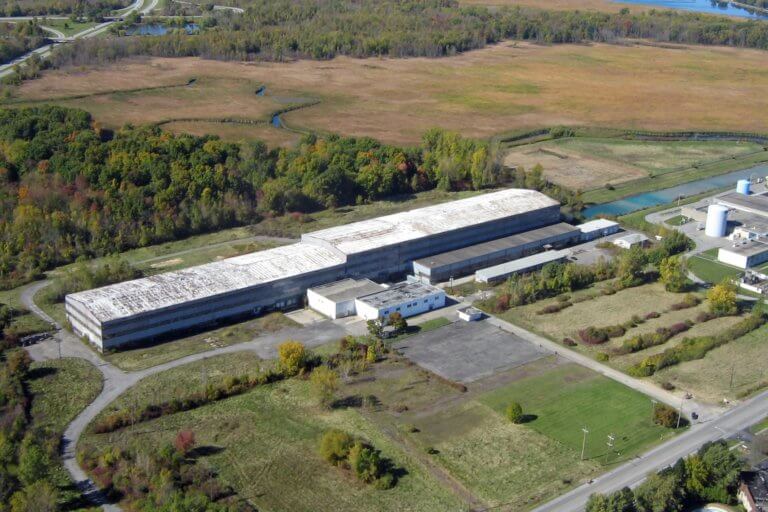