As the United States mobilized for the Second World War, military production increased significantly. Factories sprung up across the nation and workers produced uniforms, ammunition, weapons, and vehicles. At this site in the Town of Lysander once stood the New York Ordnance Works. From 1942 to 1945, this munitions plant produced ammonium picrate or Dunnite aka “Explosive D” which was used in armor piercing shells during WWII. After the war the Ordnance Works ceased production and was abandoned; little by little it was dismantled. Today there is only a small remnant that still exists. 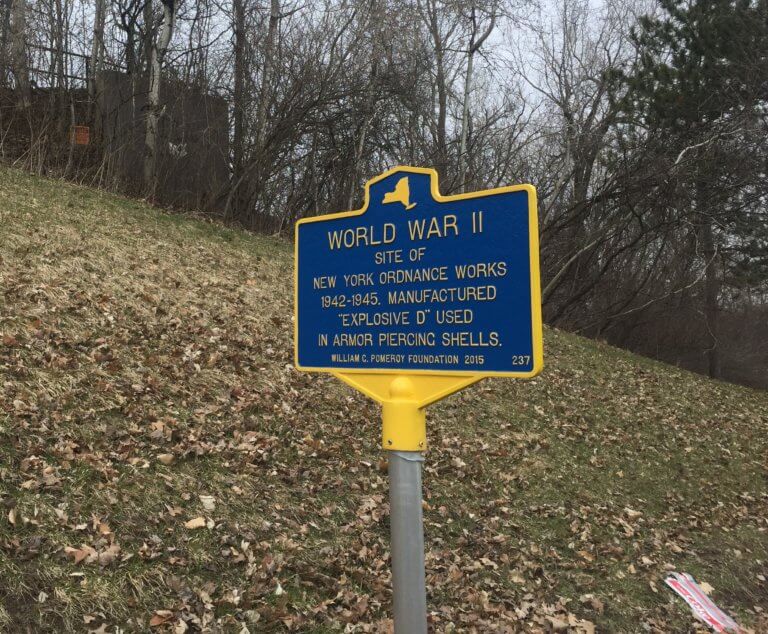